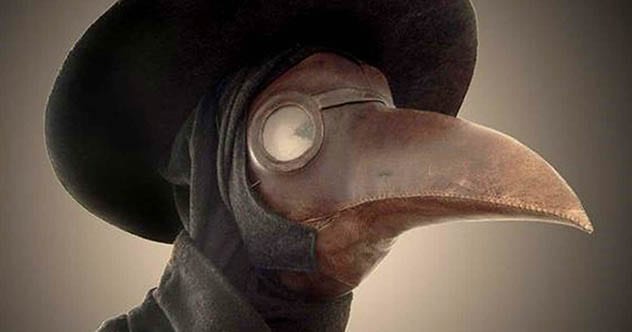 A pandemic occurs when a disease turns into a global outbreak. The recent coronavirus, COVID-19, is now considered a pandemic. The deadly virus is affecting people all over the world.

It is causing countries to close their borders, urge people to stay indoors, and order businesses to cease operations. However, this isn’t the first time that a pandemic has affected so many lives at once. In this list, we’ll check out some of the deadliest pandemics of the past. 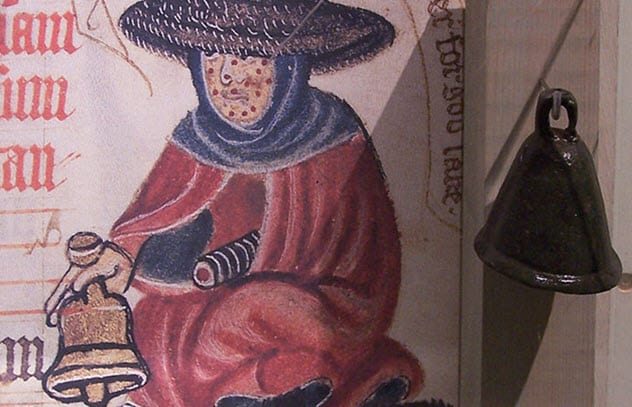 Leprosy (aka “Hansen’s disease”) is a slow-developing bacterial disease that can lead to damage of the nerves, skin, eyes, and respiratory tract. Those infected by the disease may experience poor eyesight and muscle weakness. Some patients can no longer feel pain, which may result in the partial loss of extremities. The disease has affected humans for thousands of years, but it became a pandemic in Europe during the Middle Ages.

As they were deemed to be unclean, infected individuals had to wear certain clothing or a bell to signal their arrival. However, they were forbidden to go to many locations. It is believed that around 19,000 leper houses existed in Europe during this time.[1]

Called “the living dead,” lepers were linked to sin and declared legally dead by civic leaders who confiscated the belongings of the sick. There are still around 200,000 cases of leprosy a year, but it can now be cured with medication. However, some patients need ongoing treatment for complications like blindness and paralysis. 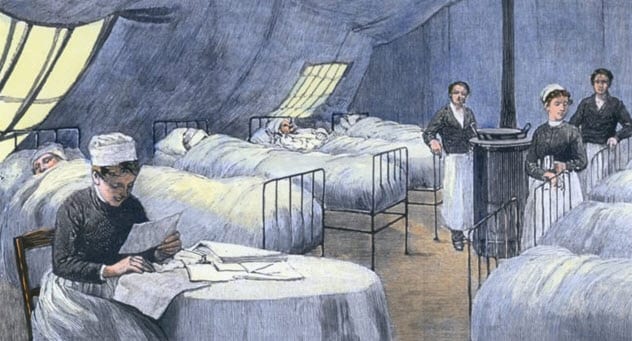 The Russian flu (aka “Asiatic flu”) was a deadly influenza pandemic that killed approximately one million people around the globe. The outbreak started spreading in 1889 and was the largest 19th-century epidemic of influenza. It was also the first true epidemic that happened in the era of bacteriology.

The initial cases were reported in Bukhara in Central Asia (Turkestan), Athabasca in northwestern Canada, and Greenland. Within six months, the disease had infected Saint Petersburg, Russia. Only four months later, the influenza had spread throughout the northern hemisphere. Rapid population growth in urban areas across the globe helped to create a pandemic.[2] 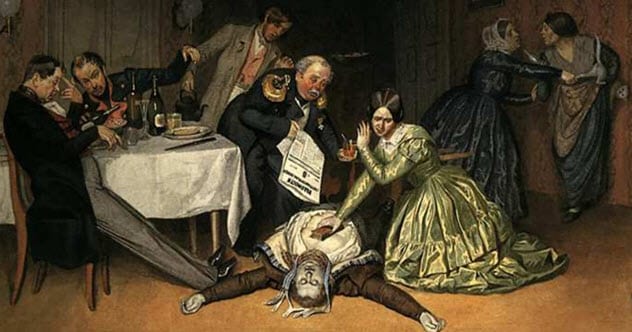 The deadliest of the seven cholera outbreaks was the third major outbreak that lasted from 1852 to 1860. Just like the first two pandemics, the third originated in India and spread throughout Asia, Europe, North America, and Africa. In 1854 (the worst year), cholera killed 23,000 people in Great Britain. Approximately, 10,000 of those victims were from London.

During the third cholera pandemic, about one million people lost their lives. Many deaths came from Russia, Chicago, Tokyo, Spain, Venezuela, and Brazil. Contaminated water was thought to be the cause of cholera.

British physician John Snow tracked cases in London and identified contaminated water as the cause of the transmission of the disease. He traced the water to the Broad Street pump and convinced local officials to remove the pump handle. Although the quantity of local cases dramatically decreased after his findings, the numbers continued to rise in other areas of the world for a few more years.[3] 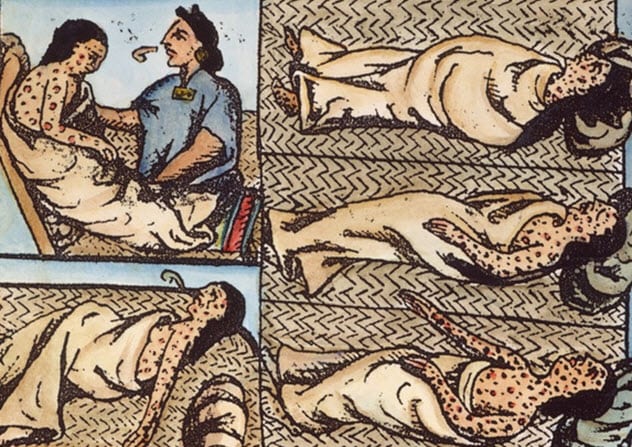 For centuries, smallpox was a menace in Europe, Asia, and Arabia. Three of every 10 infected people died. The first European explorers brought the virus to the New World, where people were not immune to the disease. The people of modern-day Mexico and the United States saw death rates much higher than those of the Old World.

Some outbreaks of smallpox were considered epidemics. Here, we’ll talk about the one in 1520 that devastated the Aztec Empire. But overall, the spread of the disease across the globe made it a pandemic.

In North and South America, smallpox took approximately 100 years to destroy about 90 percent of the indigenous people. In Mexico, the population dropped to one million people from about 11 million before the European conquest. Ultimately, the deadly virus helped the Spanish to conquer the Aztecs and Incas because their populations barely existed thanks to the disease.[4]

Centuries later, smallpox was the first virus epidemic stopped by a vaccine. In 1980, the World Health Organization declared that smallpox had been eradicated across the globe. 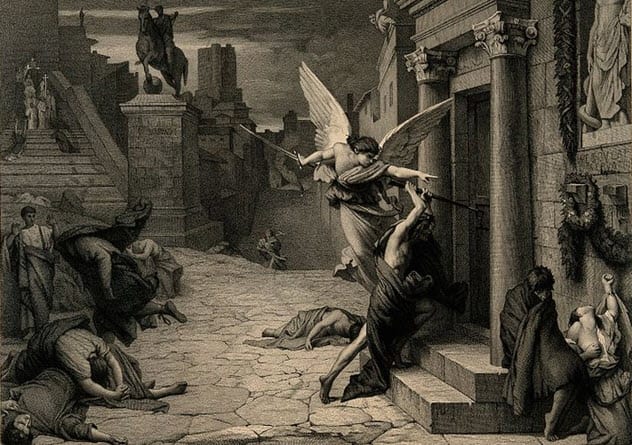 One of the deadliest pandemics in history is also one of the oldest. The Antonine Plague occurred in 165–180 and ultimately took the lives of about five million people. The Romans brought the disease back home with them after a war with the Parthians.

The disease started in Asia Minor and then spread to Greece and Italy. For the next two decades, the Roman Empire saw an outbreak unlike anything they had ever experienced.

At the peak of the spread, they were seeing about 2,000 fatalities per day. It was estimated that 7–10 percent of the entire Roman Empire was killed, with higher percentages in denser areas.

The empire’s corulers Marcus Aurelius and Lucius Verus both died during this time period. Many have speculated that they were killed by this disease. Although the ailment that attacked these people is unknown, many scholars believe it was an outbreak of smallpox.[5] 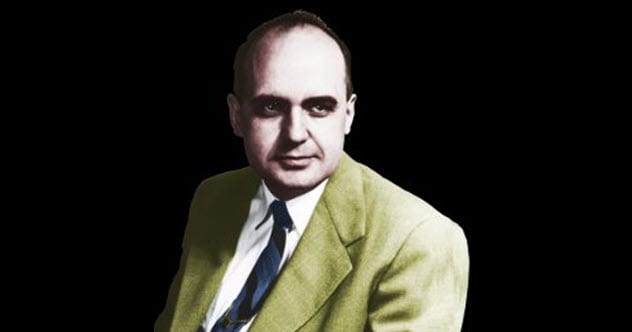 In the 20th century, the second major influenza pandemic was the Asian flu of 1957 (aka the “Asian flu pandemic”). The outbreak was responsible for more than one million deaths.

At the beginning of the Asian flu pandemic, the virus spread throughout China and the surrounding regions. Months later, the flu had reached the United States and was widespread in the United Kingdom.

Just three months into 1958, the United States had estimated that nearly 70,000 deaths were linked to the Asian flu. A vaccine was eventually developed that helped contain the pandemic.[6] 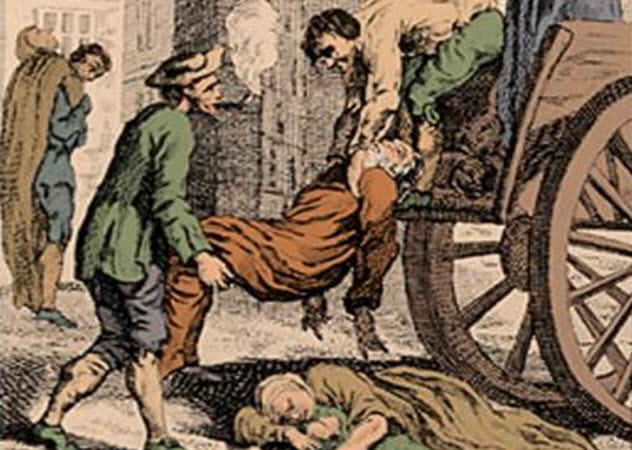 As part of the Second Plague Pandemic, the Great Plague of 1665 caused leaders to close all public entertainment and seal the sick in their homes to help prevent the spread of the disease. In all, London lost roughly 15 percent of its population. Although the city recorded approximately 69,000 deaths, the actual number is believed to be over 100,000.

When the plague appeared in a household, a red cross was painted on the door with the words, “Lord have mercy on us.” Later, the lifeless bodies were removed and taken in a cart to a plague pit.[7] 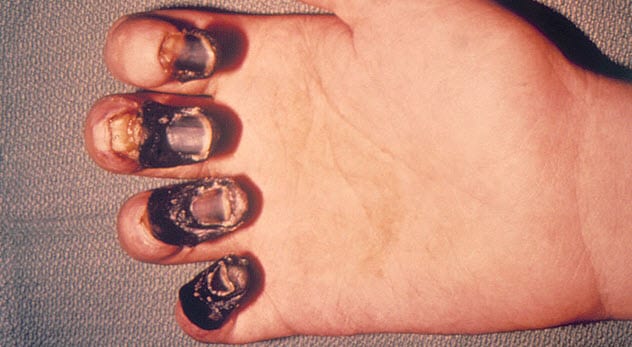 One of the most devastating pandemics in history was the Great Bubonic Plague (aka the “Black Death“) in the mid-1300s. A deadly outbreak of the bubonic plague started in China in the 1330s. As the country was one of the busiest trading nations, the disease quickly spread elsewhere.

By 1347, the Black Death had arrived in Europe after several infected ships docked at Messina, a Sicilian port. Just five years later, the plague had killed over 20 million people in Europe.

The Black Death is widely believed to have been caused by Yersinia pestis bacteria. The disease mostly spread to people from the bites of infected rats and fleas. From there, it was highly infectious among humans.

The plague caused a fever along with buboes (swelling of the lymph glands). The disease also produced reddish spots on the skin that turned black, which is why people called it the Black Death.[8] 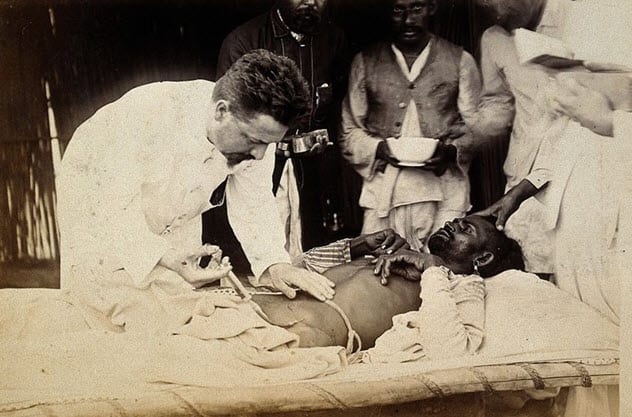 In 1855, during the Xianfeng Emperor’s reign of the Qing dynasty, the Third Plague Pandemic began in China. This deadly bubonic plague eventually traveled through India and Hong Kong, killing at least 12–15 million people. India suffered the most casualties with more than 10 million deaths.

This was the third major bubonic plague outbreak to hit European society. The disease was initially spread by fleas during a mining boom in Yunnan, China. Casualties from the Third Plague Pandemic dropped to fewer than 200 per year in 1960. At that time, the World Health Organization determined that the plague was no longer active.[9] 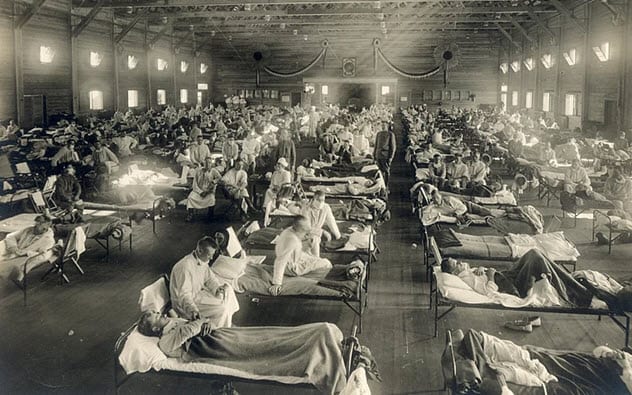 The deadliest flu pandemic in history started in 1918 and infected about one-third of the world’s population, or approximately 500 million people. Although estimates vary, it is believed that the Spanish flu killed about 50 million people, including almost 700,000 Americans.

The first wave of the influenza occurred in spring 1918, and it was generally mild. The second wave was highly contagious and hit the world with a vengeance.[10]

The Spanish flu was initially seen in Europe, the United States, and Asia before spreading across the globe. Victims of the influenza were dying within hours and days of developing symptoms. The average life span in the US had decreased by 12 years after the Spanish flu had been around for only one year.

Schools, private homes, and other buildings became makeshift hospitals due to overcrowding in medical facilities. Quarantines were imposed, people were ordered to wear masks, and businesses were shut down until the virus completed its deadly run.

10 People Who Were The Patient Zero Of A Deadly Epidemic

About The Author: “I’m just another bearded guy trying to write my way through life.”
www.MDavidScott.com