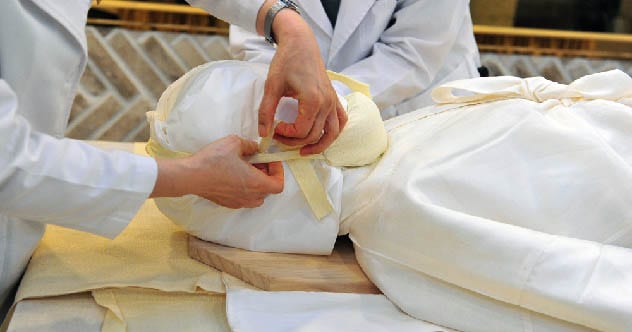 Humans are surrounded by color every day, both in the natural and manufactured environment. Sometimes colors can vividly stand out, and other times they may fade into the background. It can be easy to take color for granted, without thinking much about its full impact or how it even works. So here are ten tidbits about color that you might not know. 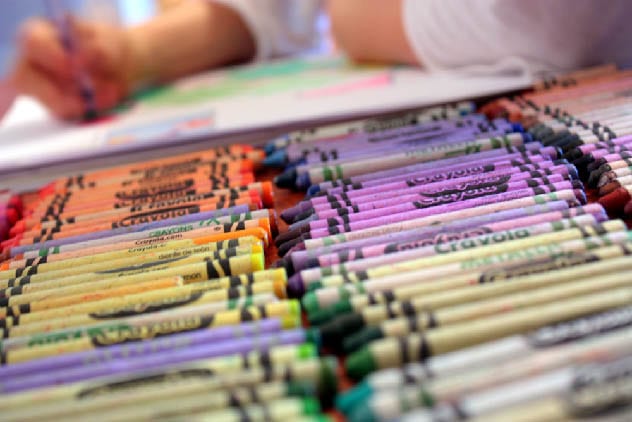 If someone had asked you how many colors exist, what would you say? Well, it turns out that the human eye can usually see about 10 million colors. This is due to millions of special cones in the eye, which are able to detect pigment. Sometimes certain cones might malfunction, and this causes color-blindness. Other times, a person may have “tetrachromacy”, which means they have an extra type of cone and can see up to 100 million colors.

However, just because we can see all these colors doesn’t necessarily mean that we have names for them all. Pantone currently has 2,678 named colors in their graphics design collection, while Crayola has just 120 different crayon colors. Either way, that’s still a lot of colors![1] 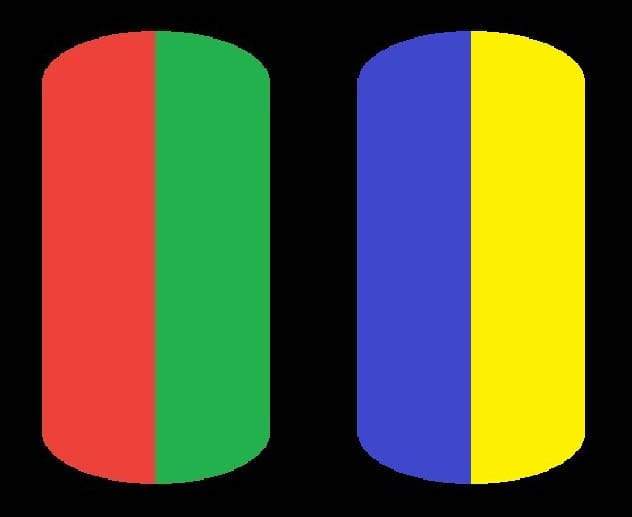 Clearly, there are an astonishing amount of colors visible to the human eye. But what about colors that are not visible? The “impossible”, or “forbidden”, colors are theorized to be a blue-yellow mix, and a red-green mix that human eyes cannot see. In the eye, there are neurons that are activated upon seeing red or yellow. However, the absence of red or yellow indicates that green or blue is present. Similar to a light switch, they cannot be both on and off at the same time, and therefore cannot see both red and green, or blue and yellow, in the same space. Essentially, red and green cancel eachother out, while blue and yellow cancel each other out.

In 1983, scientists Hewitt Crane and Thomas Piantanida sought to do the impossible, and find a way to view these forbidden colors. Using eye-tracking technology, they held red/green (and blue/yellow) striped paper steady in front of volunteers’ eyes. The volunteers stated that the lines between each color began to fade away, as the colors merged into one, new color. Apparently, these new colors were so unique that the volunteers were unable to even name or describe them.[2] 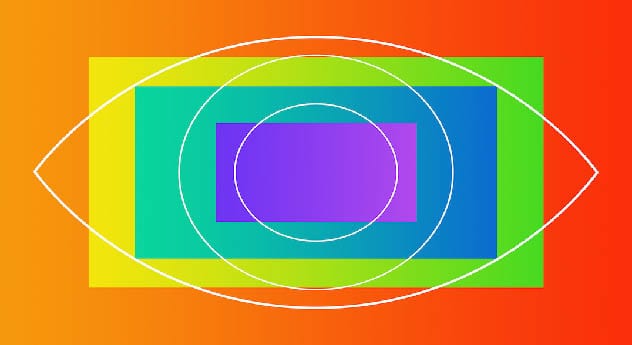 Although there are so many hues, tints, and shades, people can usually differentiate and categorize them. Scarlet is a shade of red; blue and green are both cool colors. However, some cultures have other ways of describing colors, if they describe them at all.

In the 1970’s, researchers Paul Kay and Brent Berlin collaborated with missionaries from the Summer Institute of Linguistics to gather data on color vocabulary across the world. These missionaries would show color chips to people in tribal communities, and ask them to describe each color. In some cases, such as the Candoshi language, the community members did not have specific names for each color. Instead, they might describe a yellow chip as “ptsiyaro”, which refers to a yellow-colored bird. Even more interesting is that they did not differentiate colors in the same manner as the Western Roy G BIV model. For instance, they used the same word (kavabana) to describe all hues between green and purple. In English, green, blue, and purple are considered separate categories, with even more words to describe the many shades of each.[3] 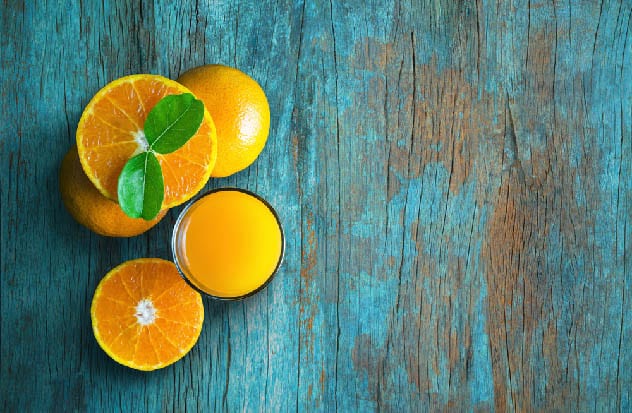 Even in English, the vocabulary and categorization of colors has changed over time. Many people probably believe that the citrus fruit was named “orange” due to its vibrant color, but it was actually the other way around. Until the late 15th century, the color orange did not have its own name. Instead, it was simply referred to as yellow-ish red, or a color between red and yellow.

When traders began to bring oranges to Europe from Asia, the brightly colored fruit helped establish orange as its own color. Originally, the fruit was named “naranga” in Sanskrit, and this became “narange” in French, which then became “orange” in English. Oranges became a descriptor for other items that shared their bright hue; one might say “a necklace the color of oranges”, or “an orange-colored leaf”, for example. Eventually, the word “orange” took on a second definition and became the name of that yellow-ish red color.[4] 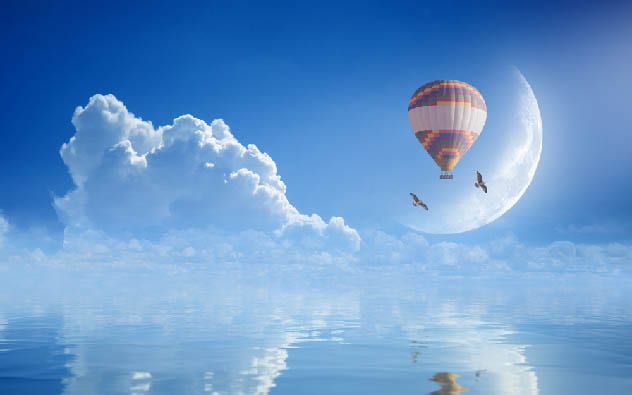 How many times has someone asked you for your favorite color? Even online quizzes often pose this question. Everyone has their own favorite, and sometimes that favorite can change over time. So, it may be interesting to learn that overall, one color seems to stand out as the most favorite- blue. Even as early as 1941, studies have found shades of blue to be preferred over all the other colors, and that hasn’t changed in more recent studies, either.

Back in 2011, Scott Design Inc conducted two surveys to find the most and least popular colors. Blue was the most popular, with 27% of votes, while green came in second place with 18% of votes. At the same time, brown won for being the least favorite color. Only 3.5% of participants stated that Blue was their least favorite color.Then, in 2017, the paper company G. F. Smith launched an online poll that allowed participants to select their favorite hue. After 30,000 people from 100 countries cast their votes, the winning color was announced to be a shade of teal, now named Marrs Green. While it is named “green”, there has been debate about whether it is truly a shade of green or a shade of blue, as it definitely contains hints of both. Regardless, it is clear that blue and green are very well-liked colors.[5]

10 Explanations For The Color Schemes Used On Everyday Things 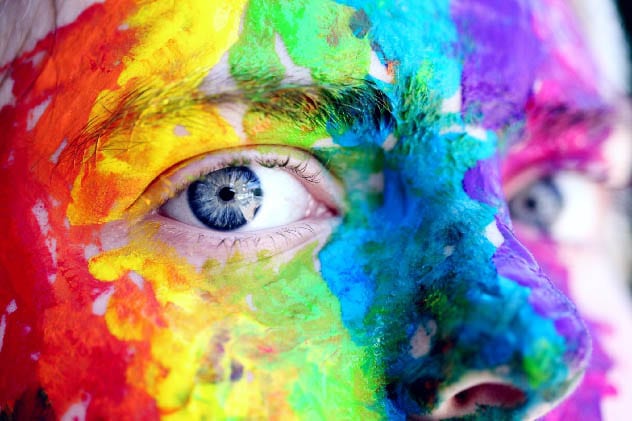 Phobias are known to be strong, irrational fears that people may feel toward specific triggers. Common phobias include arachnophobia (fear of spiders), acrophobia (fear of heights), and claustrophobia (fear of enclosed spaces), but many other unusual phobias exist as well, such as chromophobia.

Chromophobia is the fear of colors, and there are also specific phobias for specific colors. One example is xanthophobia, the fear of the color yellow. Similar to other phobias, chromophobia can cause extreme anxiety, panic attacks, irregular heartbeat, and nausea. Causes for this strange fear are thought to include PTSD or associating a certain color with something extremely unpleasant.[6]

4 No Magenta in the Rainbow 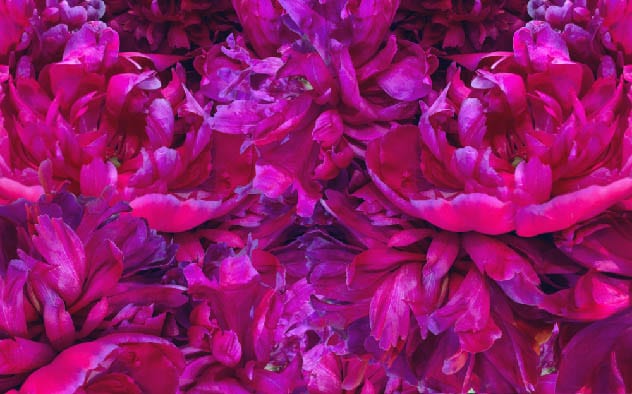 The rainbow is often used to represent the whole spectrum of visible color, but magenta does not actually occur in the rainbow. In simplest terms, the rainbow consists of red, orange, yellow, green, blue, indigo, and violet (and in that order). However, magenta would be somewhere between the two ends of the spectrum- red and violet.

Colors are wavelengths of light that are usually perceived based on which wavelengths are absorbed or reflected off of an object. If an object absorbs all wavelengths except green, then green light is reflected and the object appears to be green. If two wavelengths are reflected simultaneously, the eye will find the “average” color between those two wavelengths. For example, if the object reflects blue and yellow light, the object will appear green because green is halfway between blue and yellow on the spectrum. So, if both red and violet- the opposite ends of the spectrum- are reflected, how would the object appear? Technically, the color green is situated evenly between red and violet, but green is obviously a much different color than both of those. To compensate, the brain essentially turns the spectrum into a loop, or wheel, with magenta closing the gap between red and violet. So while magenta is very much a real color, it is unique by lacking its own wavelength and place in the rainbow.’[7] 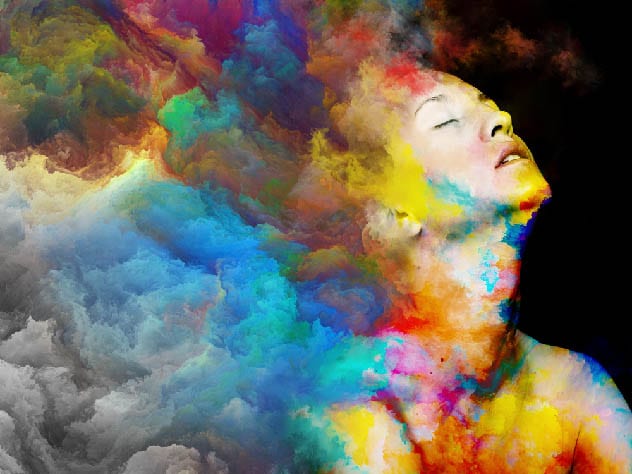 It’s obvious how color affects our sense of vision, but maybe less apparent that it can also have profound subconscious effects as well. Color psychology is the study of how colors affect a person’s emotions, thoughts, and even behavior. Branding is a field in which color psychology is often used; businesses use specific colors to influence consumers. For instance,red and yellow can actually stimulate a person’s appetite, and cause them to feel hungry. It’s not a coincidence that many food chains have incorporated these colors into their logos!

Additionally, color can even improve attention and memory. An experiment by Frank Farley and Alfred Grant questioned whether color or black-and-white multimedia presentations would affect subjects’ memory. Their results showed that the subjects did, in fact, show better memory of the colored presentations. Other research has also searched for practical use of color in aiding Alzheimer’s patients, people with autism, and people with dyslexia.[8] 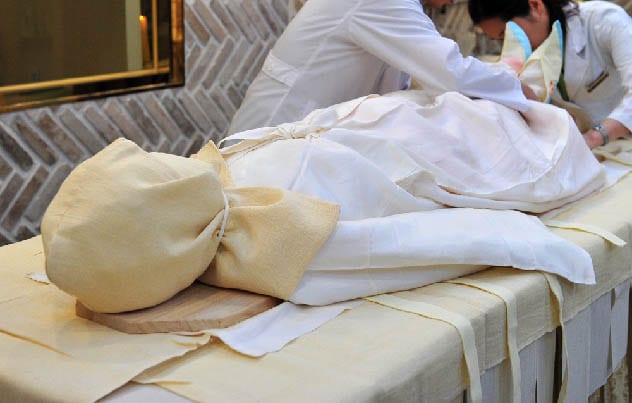 While color can have psychological, subconscious effects on us (such as memory retention), colors also have symbolic meanings. Some symbolism is obvious (red means stop), whereas other meanings are less relevant to everyday life (blue can symbolize trust and loyalty). Symbolism also varies greatly across different cultures. In Western culture, white often represents innocence, peace, and purity, and is often used in weddings. However, in China, white is associated with death and mourning and often worn to funerals.

Color symbolism is not even concrete within a single culture, as associations can change over time. Imagine a baby shower- everything is usually pink or blue, depending on the gender of the baby. In fact, for much of history, this was not the case. Until the early 1900s, neither color was associated with one gender or the other. Both men and women wore blue and pink. Then, clothing stores began recommending that boys be dressed in pink, and girls be dressed in blue. It is believed that these companies simply desired to increase sales, by encouraging parents to purchase an entire new set of clothes for a new baby. Previously, young boys and girls were dressed alike, and it was practical to use the same set of clothes from one child to the next. Later, in the 1940s, things were flipped as blue became the standard for boys, and pink for girls. Over time, these associations stuck and are still commonplace today.[9]

1 Color of the Year 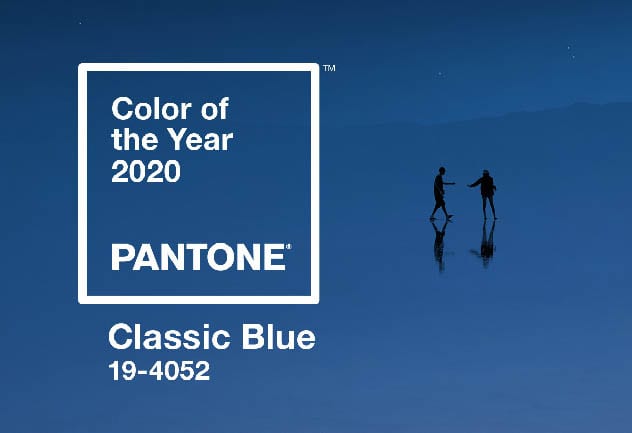 One fun color fact is that every year, Pantone picks a specific hue to be “color of the year”. This tradition began in 2000, with the color Cerulean Blue, and every year since then has had its own unique color. For 2020, that color is a shade of blue called Classic Blue. The Executive Director of Pantone, Leatrice Eiseman, described the shade as “Imbued with a deep resonance, Pantone 19-4052 Classic Blue provides an anchoring foundation. A boundless blue evocative of the vast and infinite evening sky…encourages us to look beyond the obvious to expand our thinking; challenging us to think more deeply, increase our perspective and open the flow of communication.”

This idea may seem silly or just for fun, but it actually does have an impact on trends in design, fashion, and marketing. When the new color is announced in December, many bloggers will even post tips and ideas for using the color in readers’ wardrobe, interior design, social media, etc. So don’t be surprised if you notice a lot of “classic blue” this year! Needless to say, it might be more appropriate for the color of the year to be PPE Blue, as there is certainly a lot of that around right now![10]

10 Facts We All Get Wrong About Colors