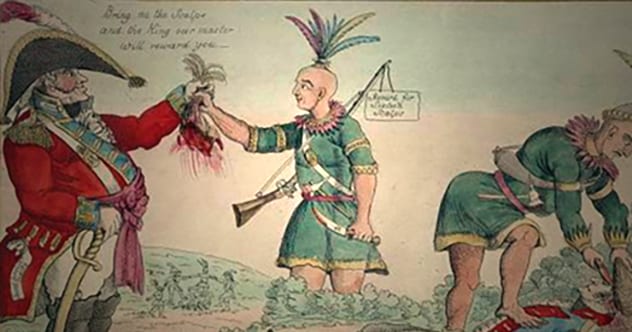 Nowadays fact checking is an easy task. Hoaxes, Pranks, and Scams are everywhere, and most people have learned how to spot them instinctively. Information travels the globe nearly instantly and most everything printed or posted online will be vetted by hundreds or thousands of people.

However, before the information age when word traveled slow it was much easier to deceive someone. Once a rumor had spread, it was often too late to reverse it and it entered history as fact, sometimes for months or even years. While these may sound completely unbelievable by today’s standards these tales amazed, baffled, or frightened even the some of the smartest scholars in history. 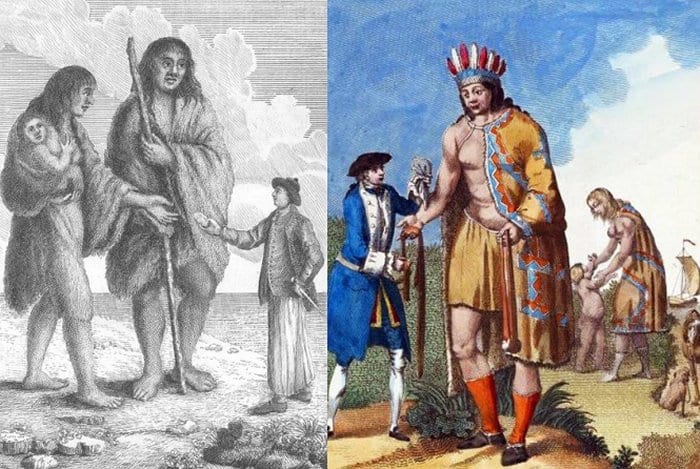 First mentioned in the 1520’s, stories of a tribe of 12-foot-tall giants in Patagonia, South America had been spread by dozens of explorers for over 200 years. In 1766 Commodore John Byron returned to London after circumnavigating the globe aboard the HMS Dolphin. Stories from his crew spread and on May 9th, 1766 the rumor first appeared in print in the Gentlemen’s Magazine. Quickly after other newspapers and journals picked up and printed the story. In this version the crew recalled a tribe of 9-foot-tall giants. Many people questioned the rumors and, finally 7 years later a full account of Byron’s journey was released. This revealed that the tallest “giant” encountered was only 6 feet 6 inches, still tall compared to many European’s of the time, but certainly not a giant as the rumors described.[1] 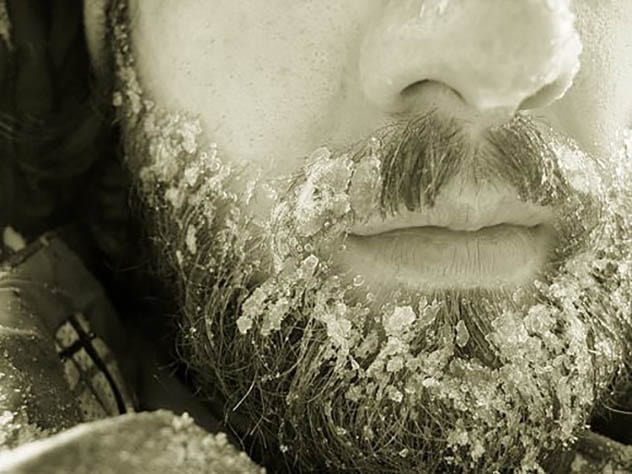 Perhaps the fascination with Science Fiction stories of the time sparked this bizarre story. In 1874 a Nevada newspaper known as the Territorial Enterprise published a story of the sad fate of inventor Jonathan Newhouse. The tale stated the man had invented a way to beat the desert heat, and he set out on foot from Virginia City (where the newspaper was based) to Death Valley clothed in his Solar Armor. The armor was said to be a sponge suit that cooled the wearer by means of a “frigorific mixture”. However, the armor proved to work too well, and the man was found frozen solid a day later, a foot-long icicle hanging from his nose. Newspapers from around the world reprinted the story, which was later proved to be the satirical work of Dan De Quille, a colleague of Mark Twain, who also wrote for the paper.[2]

8 The Native of Formosa 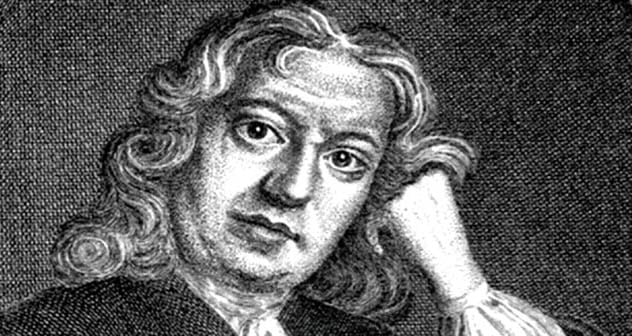 At the start of the 18th century most Europeans had little to no knowledge of Asian culture, thus making them exceptionally gullible to believe stories from the strange lands of the Orient. When one unusual man turned up claiming to be from the land of Formosa, his strange customs and beliefs were enough to convince many. He had blonde hair and white skin and spoke with a Dutch accent; however, no one knew what someone from Formosa (now modern Taiwan) should look like. His customs were strange: babbling in an unknown language, eating raw meat, sleeping upright in a chair, and worshiping the sun and moon. Baptized in Scotland, he took on the name George Psalmanazar, and traveled to England. There he was revered as a celebrity, even publishing a book on the history of the land of Formosa. He of course had many critics and eventually in 1706 he confessed that he was an impostor.[3] 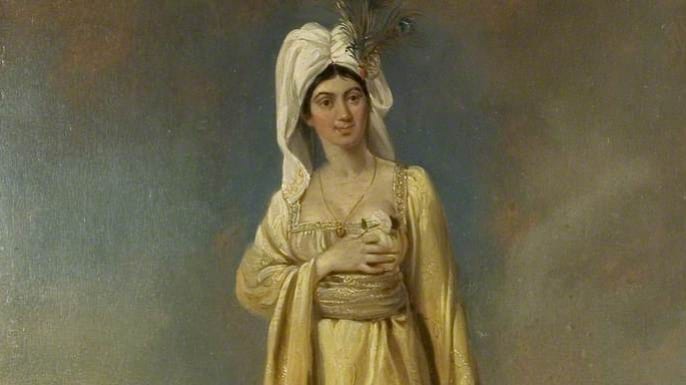 Nearly 100 years after the deceit of George Psalmanazar, the English would fall prey to another impostor. On April 3rd 1817 a beautiful woman arrived in the small town of Almondsbury, she appeared to be a foreigner, speaking no known language and wearing a shawl twisted to resemble a turban. A local magistrate and his wife took the lady in and began trying to unravel the mystery of who she could be. They learned the woman’s name as she would frequently point at herself saying Caraboo. Soon after a sailor arrived in town who claimed to speak her language. He explained that she was a Princess from the faraway island of Javasu. Pirates had abducted her, and she was only able to escape by jumping overboard while in the English Channel, swimming to safety. The family was delighted to hear that they were housing a princess and announced it to the newspapers, unfortunately this fame would be her undoing. A woman recognized her description and reveled her identity, Mary Baker a former servant of hers.[4] 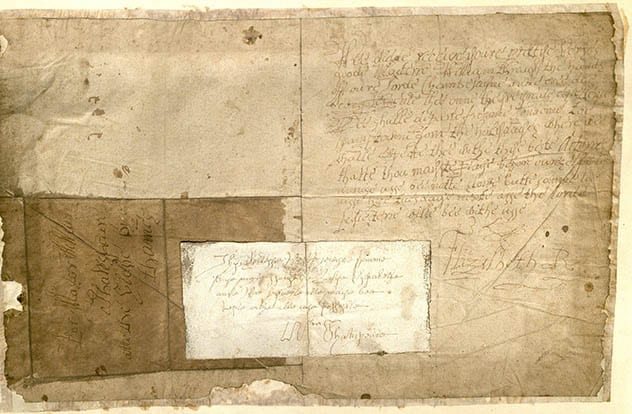 What should a child do when they are ignored and neglected by their father? Well in this case the answer was to create a multitude of forgeries dedicated to the father’s idol, a deception he would take to his grave refusing to believe was untrue. The bookseller Samuel Ireland was a Shakespeare worshiping relic hunter, devoting his life to seeking out anything to add to his collection. In 1794 his eighteen-year-old son, William brought him a mortgage document, supposedly signed by the Bard himself. William worked at a law office and claimed to have found this in some estate papers. Of course, Samuel was delighted, and William was no longer just an afterthought in his life. The forgeries would continue, a love letter to Anne Hathaway came next and following that the most brazen of all, a lost play. Yes, William wrote a play titled Vortigern and passed it off as a Shakespearean work. Despite suspicion, this play was performed once, though the actors caught on and realized it was only a farce.[5]

10 Obvious Lies That Changed The World 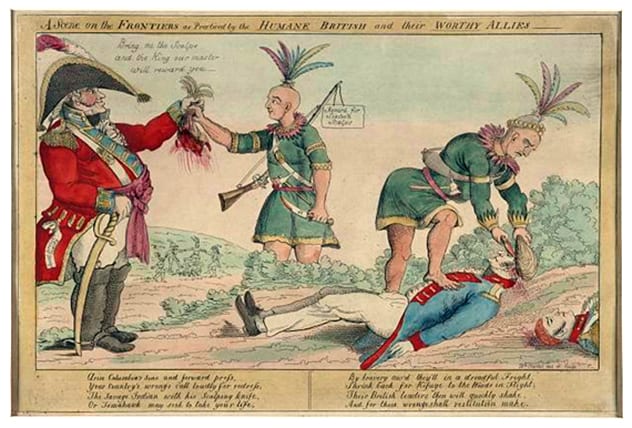 Not all hoaxes are meant just to deceive, in this case there was a much larger purpose; aiding the American war effort in 1782 by convincing Europe to turn against the British. Benjamin Franklin was known to purport several hoaxes in his time. For this one he had fake newspaper printed entitled Supplement to the Boston Independent Chronicle. This alleged that American Indian warriors were sending hundreds of scalps as war trophies to British Royalty and members of Parliament. For extra emphasis, they were described as the scalps of women and children. This shocked the public opinion on the British, of course even once revealed to be untrue many would still believe or never follow up to learn the actual truth.[6] 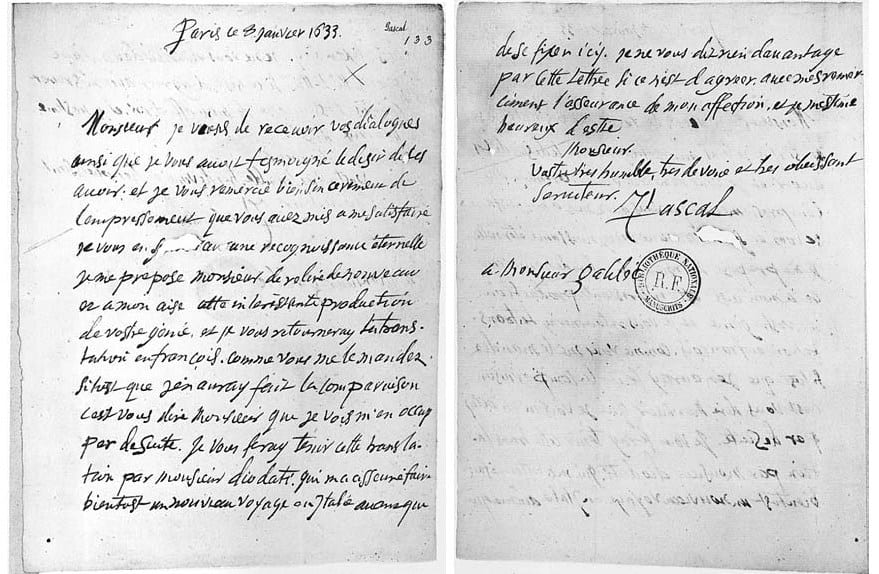 For another take on forgery, let us examine the case of Vrain Lucas, perhaps the most ambitious forger in history. In 1851 Vrain met Michel Chasles, a French mathematician, Chasles was intrigued when shown letters Vrain claimed he had found. He claimed they were written by such noteworthy names as Joan of Arc and Charlemagne. When Chasles offered to buy the documents, the real forgery began. Vrain wrote letters from Julius Caesar, Aristotle, Shakespeare, Mary Magdalene, Alexander the Great and more. The letters shared one thing that kept Chasles buying, they all spoke highly of France. Perhaps being the patriot that he was kept him from realizing some obvious errors, first all the letters were written in French and all were on the same watermarked paper, even ones supposedly written before paper was invented. Thousands of letters and eighteen years later Chasles finally caught on and Vrain was sentenced to 2 years in jail. His greatest forgery would go undelivered, a letter from Jesus, written in French, of course.[7] 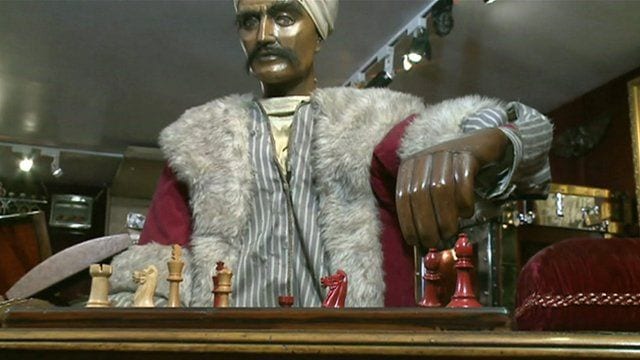 Seemingly impossible machines have fascinated people for centuries. In the 1700’s there were automata, ingeniously built machines that were widely praised and admired. In 1769, the most famous of them was built by a Hungarian nobleman, The Great Chess Automaton, commonly known as the Turk. The machine consisted of a wooden figure dressed in Turkish clothes that emerged from a large wooden box. Billed as being an actual thinking machine, it would be wound up where then it would play chess against a human opponent. Many clever deceptions were in place to convince the audience that this was indeed only a machine. Sliding panels revealed the interior to be only gears and when the machine moved the chess pieces it was accompanied by grinding and whirring of gears. The secret to the machine’s operation was constantly being speculated. The real secret finally being discovered that a chess master was cleverly placed inside the gear box in a way that could not be seen. His movements along with magnetic chess pieces being the clever way this device worked.[8] 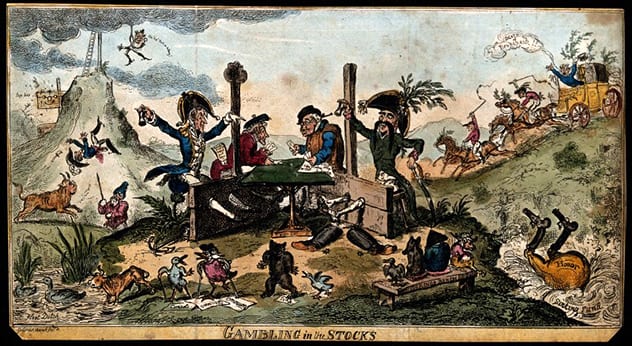 In another instance of “obviously illegal hoax purported for financial gain” we have this doozy. In 1814 a man wearing the uniform of a British military officer arrived at an inn and announced the war was over, Napoleon had been killed and the government restored. The people were ecstatic, horses were sent to London to deliver the news. The people rejoiced and stocks soared. This was soon revealed as a hoax, Napoleon was still alive. The subsequent investigation uncovered a scheme to manipulate the prices on the London Stock Exchange, and a scapegoat was arrested for masterminding the entire plan. Lord Thomas Cochrane was imprisoned with only some circumstantial evidence. Eventually he would be pardoned by the King, as no real evidence was ever found, and the real mastermind behind this plot was never found.[9] 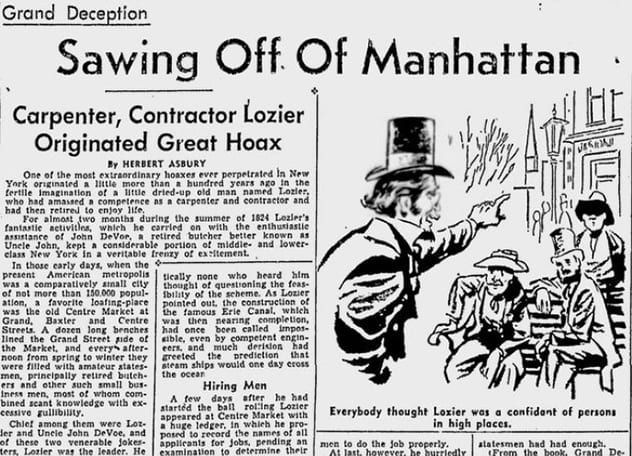 It is truly baffling that people could have believed this story, and it is largely unverified. However, it has made its way into history despite the lack of printed proof. The story goes that a rumor began to circulate in 1824 stating that due to the large amount of new construction, the island of Manhattan had begun to tilt and was slowly tipping into the ocean. This rumor continued to circulate and grow for a few weeks, until a retired carpenter proposed an ingenious solution. The carpenter who identified himself as Lozier, suggested the island be sawed in half, where it could then be towed out to sea and turned around. By turning it around the weight distribution would be corrected and the island parts could then be rejoined. More and more workers began to respond to the advertisement for this employment and the date was set. When this date came Lozier was nowhere to be found and the workers were left angry and unemployed.[10]

10 Viral Photos That Were Proven To Be Hoaxes

About The Author: Brad D Fuller is a retired US Navy sailor living in small town Ohio. He is also a Board Game Designer and Collector.