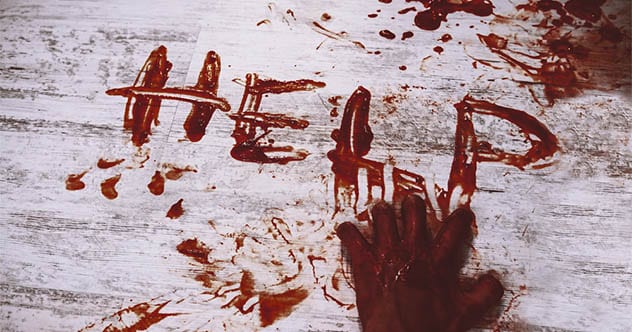 When it comes to investigating the minds of serial killers, it is their ability to hunt for prey with such cunning and calmness that disturbs us the most. For the rest of us well-adjusted people who have empathy for other human beings, we would never dream of harming another person, yet for the serial killer—manipulation and domination over others is like a walk in the park.

So how did some of the world’s most notorious ensnare their victims? They used these following sinister tricks which will hopefully encourage others to think twice about a stranger’s true intention before falling into their deadly trap.

One big question investigators had to ask Ed Kemper following his arrest was how can a guy who stands 6ft 9in tall manage to convince young, petite, female college students to trust him and get in his car? Chillingly, Kemper revealed, “Some girls weren’t really convinced. So, I looked at my watch and I sighed like, ‘Come on I don’t have time.’ And that convinced them—they had the impression I was in a hurry and didn’t have the time to hurt them.”

This is a highly manipulative individual who managed in his youth to convince psychiatrist doctors he was mentally stable enough to be released from the hospital he was incarcerated in following the murder of his paternal grandparents. His sinister trick worked on six students; he also murdered his own mother and her friend. Kemper also convinced local police who were even searching for the ‘Co-Ed Killer’ that he was a harmless, gentle giant and they were drinking buddies together referring to him as “Big Ed”.

9 Charles William Davis Knew Nobody Would Suspect An Ambulance Driver 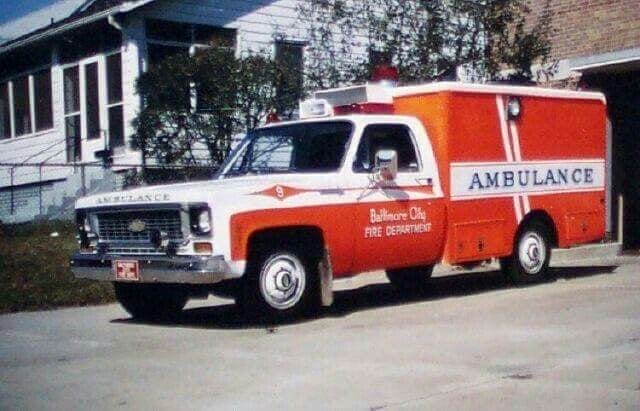 Charles William Davis was a serial killer who stalked his victims in Maryland during the 1970s. He was an ambulance driver and also the son of a police lieutenant which he used this to his twisted advantage. Davis would stalk his female victims until they parked outside a store or restaurant, he used his father’s police contacts to run the license plate and then message the pager number claiming she had left her car lights on. Once the woman returned to her car, they would be abducted, raped, and murdered.

Davis wasn’t just satisfied with the kill alone; he would dump the bodies along the open roads which were on his ambulance route so when emergency services were contacted (sometimes by himself calling 911 anonymously), he was the first responder on the crime scene.

FBI profiler John Douglas found Davis had problems relating to women and at the time of his first murder, he was struggling with the woman he lived with whilst suffering financial difficulties and drinking heavily. The serial killer was eventually arrested when one of his victims managed to survive a brutal attack.[1]

Angelo Buono alongside his cousin and partner in crime, Kenneth Bianchi, was a serial killer duo known as ‘The Hillside Strangler’ when originally police believed there was just one serial killer responsible for the gruesome murders of ten women and girls aged between from 12 to 28 years old. They both kidnapped, tortured, and murdered the victims from 1977 to 1978 in Los Angeles. It is believed the murders would have gone undetected for longer but they eventually moved from murdering sex workers to selecting victims from middle-class neighborhoods.

Bianchi was obsessed with law enforcement and encouraged his cousin to pose as a police officer so they could trick more young girls into trusting them. Their sinister impersonation worked and resulted in the loss of many innocent lives. Following their 10th murder, Bianchi even applied for a job at the Bellingham Police Department in Washington but wasn’t successful.

They were both finally caught when their final botched murder left a witness behind who came forward with evidence that led to their arrest. Despite Bianchi committing two of the murders alone, he escaped the death penalty by testifying against Buono.

One of the creepiest serial killers ever to have lived was John Wayne Gacy who murdered 33 men and boys in and around Cook County, Illinois, in the 1970s. He was popular in his local community as he often entertained at children’s birthday parties and charity events dressed as ‘Pogo The Clown’.

Gacy tricked his victims into wearing handcuffs by showing them a “magic trick”. First, he would place the handcuffs on himself, then he would turn his back and take the handcuffs off. The victim would be impressed and ask how the trick was done, so Gacy would tell them to put their hands out and he’d show them the same trick. Unfortunately, there was no easy escape from the handcuffs and now the victim was unable to fight back. Sinisterly Gacy also told them before the murder, “The real trick is—you’ve got to have the key.” 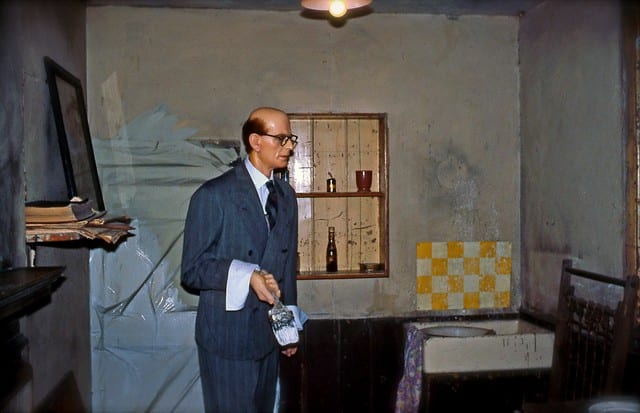 Born in 1899, John Christie was unable to ever speak loudly after he was injured as an infantryman and suffered hysterical muteness during the First World War. Following his discharge, he turned to crime, soon racking up a criminal record for theft and assault. He soon moved from petty crime to murder—between 1943 and 1953 he had killed eight known victims.

Despite having no medical experience, Christie lured his victims to 10 Rillington Place in Notting Hill, London, by promising he could cure ailments and perform surgeries ranging from chest infections to abortions. Once in his trap, Christie would force his victims to fall unconscious by either strangulation or with domestic gas, he sexually assaulted some as they were helpless before him.

He hid the bodies of three of his victims in an alcove of the kitchen at his home and even buried under his own wife under the floorboards. On July 15th, 1953, Christie was sentenced to death and hanged at Pentonville Prison in London.[3] 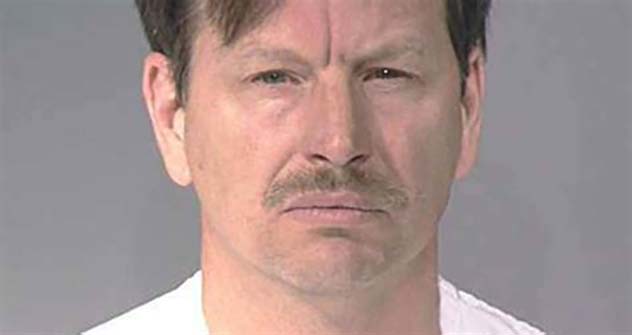 Gary ‘Green River Killer’ Ridgway led police investigators on a wild goose chase for decades as he manipulated evidence such as moving bodies over state lines, clipping the fingernails of victims who had scratched him or by leaving cigarette butts (he was a non-smoker) at the crime scene.

Ridgway first became a suspect one year after the murders had begun but he managed to successfully pass a polygraph test. Over the next 16 years, he was able to continue murdering female victims, who were mostly sex workers near Seattle and Tacoma, Washington, bringing his total known victim count to 49.

The way Ridgway would trick women into his truck was to show them pictures of his son. This would then put them at ease as they trusted him and even willingly went back to his home. There the serial killer strangled them to death during sexual intercourse before dumping their nude bodies at the Green River in Seattle.[4]

4 Robert Hansen Promised A Weekend In His Wood Cabin

Robert Hansen is one of the most chilling serial killers of all time. He abducted and murdered at least 17 women in Anchorage, Alaska, during a 12-year killing spree in the 1970s and 80s. He targeted sex workers and strippers; inviting them on a trip aboard his bush plane and promising a weekend stay at his remote wood cabin in Matanuska-Susitna Valley about 35 miles north of Anchorage.

After days of torture, the victims were let free to run for their lives in the wilderness but Hansen’s sinister game was not over yet. In the wilderness, the exhausted victims were hunted down by Hansen with his .223-caliber Ruger Mini-14 rifle and a knife. As the bodies started to pile up in the area, police began to build a case against the seemingly quiet and unassuming, local businessman.

When police arrested Hansen they found shell casings from his rifle scattered around Knik River and at his home, they also discovered a map with tiny “X” symbols where he had buried the bodies.

John George Haigh became known as the ‘Acid Bath Murderer’ after it was discovered he was dissolving the bodies of his victims using a bath sulphuric acid in the basement of his London home. Haigh first experimented with field mice and he found it took only 30 minutes for the entire body to dissolve. The next step in his plan was to move onto human beings.

In 1944, he was reunited with his former employer William McSwan who collected rents on London properties and Haigh became very jealous of his lavish lifestyle. He then lured McSwan to his basement where he hit him over the head and put the body into a 40-gallon drum of concentrated sulphuric acid. Haigh revealed it took two days for the body to melt and then he poured the remains down a manhole.

McSwan’s parents became suspicious after not hearing word from their son until Haigh said he was planning on surprising them with a visit. He lured them to the same basement their son had met his fate and with a blow to each of their heads, he disposed of their bodies in the acid bath. Following his arrest, it was found Haigh forged the family signatures so he could sell their possessions and collect a fortune on their behalf. 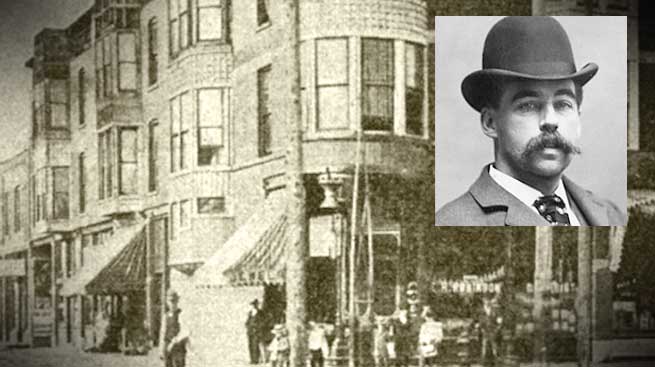 Dr. H. H. Holmes is widely considered America’s first serial killer as the confidence trickster built a large hotel for guests attending the Chicago World Fair in 1892. In reality, the building which became known as Holmes’ ‘Murder Castle’ was an elaborate gas chamber and crematorium. The skeletal remains of his victims were sold to medical schools for a good price.

Holmes tricked his victims by posing as a successful businessman and with a grand hotel to his name, who would not believe him? Yet, Holmes had murdered his way to the top, forging insurance documents and swindling creditors out of money every step of the way. In reality, he was practically penniless.[5]

The serial killer’s real name was Herman Webster Mudgett and he even lied about his own victim count claiming he murdered hundreds of victims, yet only the deaths of nine victims were confirmed and many of the people he claimed to have killed were eventually found still alive. He was hanged at Moyamensing Prison in 1896.

1 Catherine and David Birnie Knew Victims Would Trust A Woman 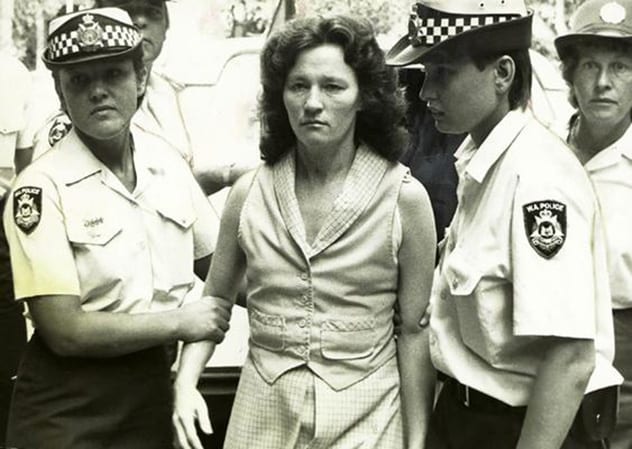 Catherine and David Birnie were a depraved duo from Perth, Australia. The couple stalked females who were alone and could be tricked into accepting a ride because there was Catherine reassuring them it was safe to get into the car. Over four weeks, they tortured and murdered four victims aged between 15 to 31 years old, with Catherine either taking photos or making videos of their heinous crimes.

Their final intended victim was 17-year-old Kate Moir who said she accepted a ride from the “harmless-looking” couple. She soon realized the door handle in the car had been removed and she was trapped. After a night of torture at the couple’s home, Moir was able to make a brave escape the following morning. Firstly, she hid her lipstick and a piece of paper with her phone number on it as proof she had been in the house. Then when someone knocked on the front door of the house and Catherine answered, she broke out of the bedroom window and fled to a nearby neighbor’s house to call the police.[6]

Cheish Merryweather is a true crime fan and an oddities fanatic. Can either be found at house parties telling everyone Charles Manson was only 5ft 2″ or at home reading true crime magazines. Founder of Crime Viral community since 2015.