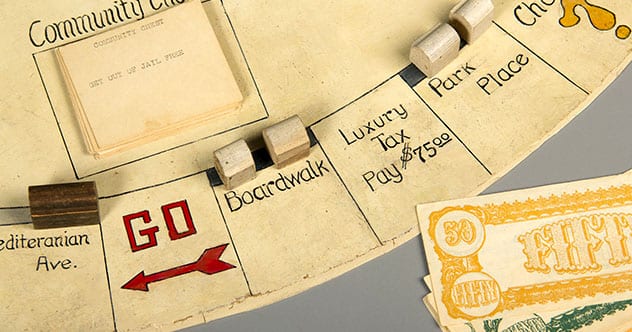 Everybody knows that you collect $200 when you pass go, but there is so much more to learn about Monopoly than just the gameplay. The popular board game has been around for more than 80 years, which means there is a lot of history behind the game. There is much controversy over who created the game, player marker pieces have rarely changed, and there are hundreds of different monopoly boards to play the game with friends and family. Here are ten little known facts about Monopoly.

Top 10 Best Board Games Of All Time 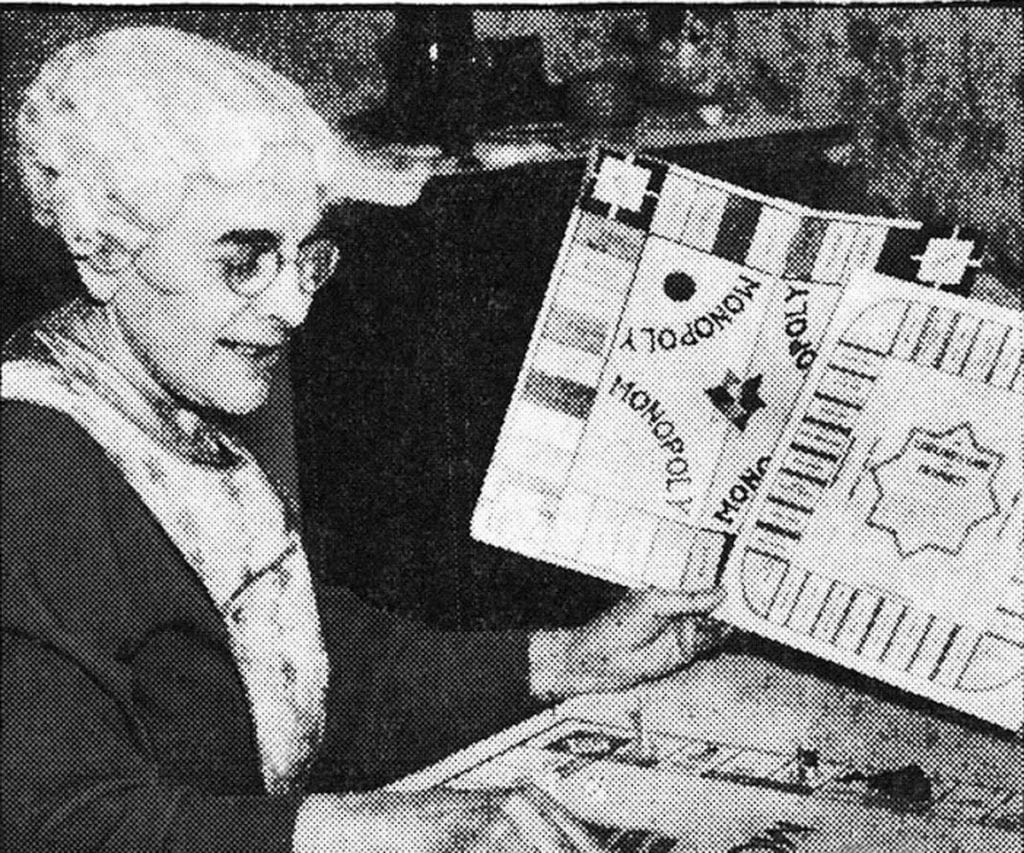 Charles Darrow was a domestic heater salesman from Philadelphia, and he is usually credited with the creation of Monopoly. The truth is that he actually stole the idea from a woman. Elizabeth Magie created a board game very similar to the one played today. Her game was known as Landlord’s Game, and she filed a legal claim for the game in 1903. Parker Brothers did not start manufacturing Darrow’s Monopoly until 30 years later.

She designed the game as a protest against rich monopolists such as John D. Rockefeller and Andrew Carnegie. Darrow claimed a version of the game as his own and eventually sold it to Parker Brothers. Parker Brothers struck a deal with Magie to purchase her Landlord’s Game patent and two more of her game ideas, which never hit the market. Darrow’s royalties on the game brought him millions of dollars, while Magie was reported to only make a mere $500 from her deal.[1] 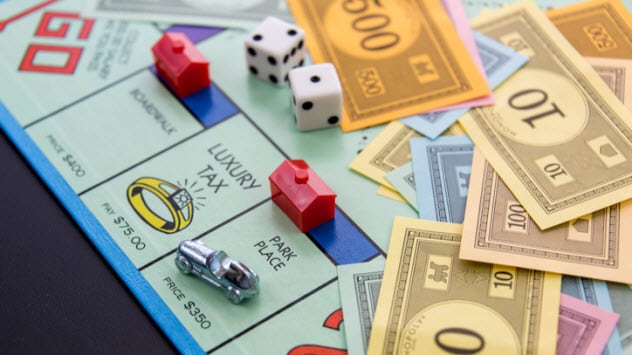 There is a good chance that you have seen or even played a special edition licensed Monopoly game. There are currently more than 300 licensed versions of the popular board game from all topics including movies, sports, tv shows, and pop culture. In 1991, Hasbro acquired both Parker Brothers and Monopoly, and they started producing all of the licensed versions that you see today.

Some of the popular licensed editions include Super Mario, Garbage Pail Kids, The Simpsons, Call of Duty, Pac-Man, and Breaking Bad versions of the game. You can also find the game in several sports teams editions, Disney movie editions, and even the popular Star Wars version. There is literally a Monopoly game for everyone to enjoy![2] 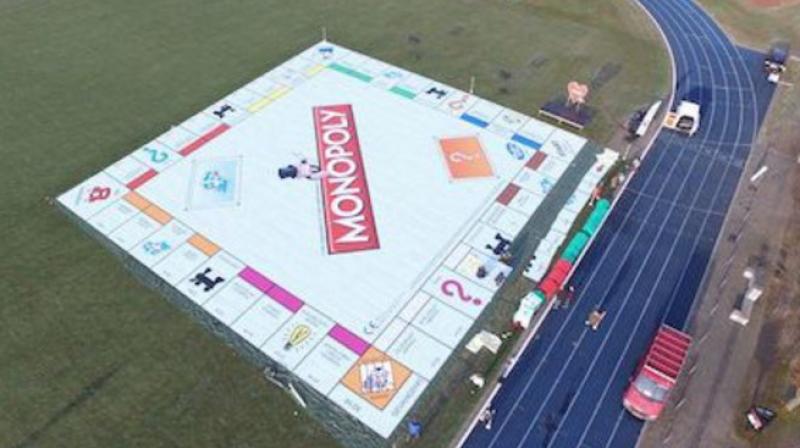 The largest permanent Monopoly game board is different though and is located in San Jose, California. It is called Monopoly in the Park, and it is open for the public to enjoy. The larger-than-life game board takes up 930 square feet and includes jumbo dice, gigantic tokens, and jailhouse wear for those who “do not pass go and go directly to jail.” The record-breaking game board opened to the public in July 2002.[3]

7 Most Expensive Monopoly Game at $2 Million 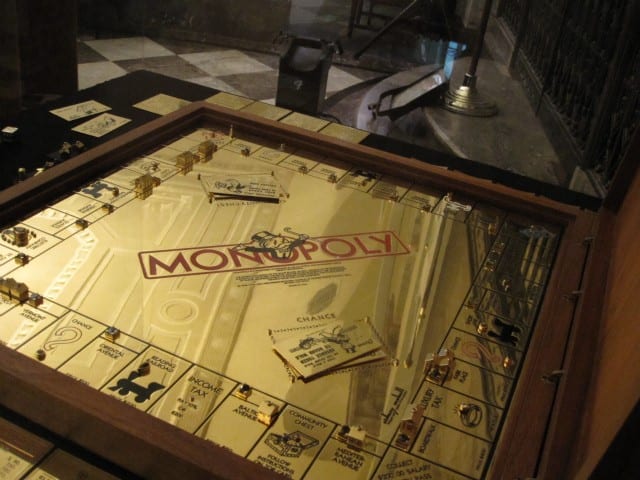 In 1988, the jeweler Sidney Mobell of San Fransisco created an exclusive $2 million Monopoly set. The game board is made from 23 carat gold, and the dice showcased 42 full cut diamonds for the spots. Even the houses and hotels are made from solid gold and are topped with sapphires and rubies.

The thimble, racecar, and other small game pieces are made from 28 carat solid gold. In 2003, Mobell donated the record-breaking gold game set to the Smithsonian. The Smithsonian is affiliated with the Museum of American Finance, where the expensive game board was on display until October 2012.[4]

5 Game Pieces Have Evolved Over Time 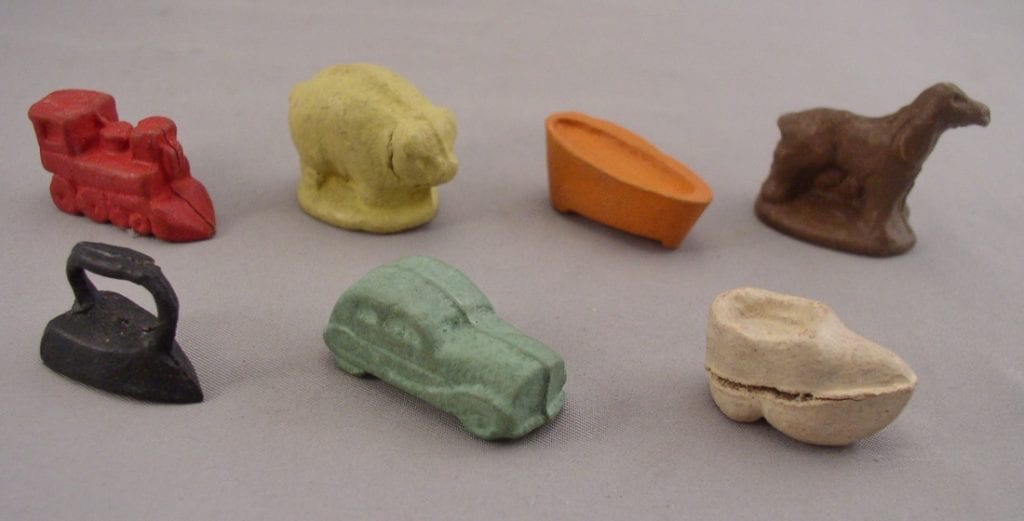 Monopoly did not originally feature the famous thimble or top hat game pieces. In fact, the original game did not even come with game pieces. Players used household item such as buttons or paper clips as their game marker. Game pieces were wooden when they were first introduced, but they were replaced by iron pieces in 1937. The iron, car, thimble, shoe, lantern, purse, dog, battleship, and rocking horse were all released in the first year.

During the war, Parker Brothers went back to making wooden pieces for a short time period due to metal shortages. The game pieces changed in the 1950’s with several new markers including the racecar, boot, cannon, and wheelbarrow. These pieces remained in the game until the 1990s. The game tokens used today are the dog, racecar, cat, top hat, and battleship along with three pieces that were added in 2017, which were the penguin, rubber ducky, and T-rex.[6]

4 Properties Based on Real Streets 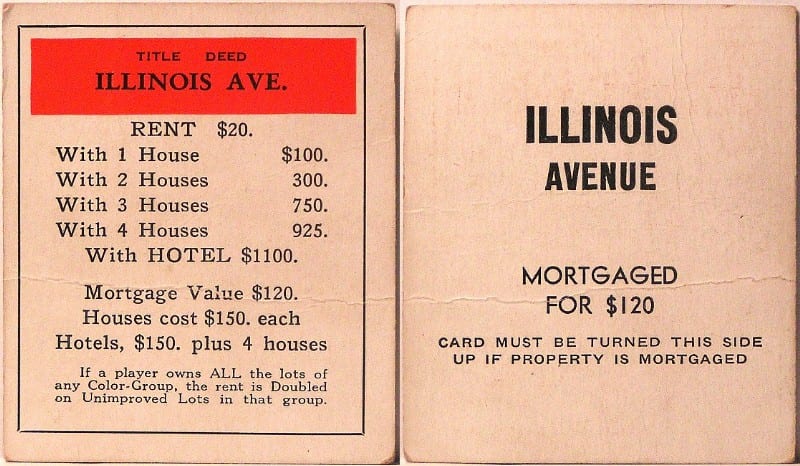 All the properties found on a Monopoly game board are based on real streets in Atlantic City, New Jersey. From Baltic to Marvin Gardens to Boardwalk, they are all real places that can be visited. Marvin Gardens was an accidental misspelling of the actual Marven Gardens, and it is now one of the most desirable areas in real life. Even though the game properties were based on real streets, not all of the properties still exist in real life. Atlantic City’s Illinois Avenue was renamed in the 1980’s to Martin Luther King Jr Boulevard. St. Charles Place is no longer around, but the Showboat Atlantic City was developed where the street once ran.[7]

It is rumored that the Monopoly Man, also known as Rich Uncle Penny Bags, was created to resemble J. P. Morgan. Morgan was one of the most influential men in the country just before the game was created. He was an American banker and financier who oversaw the financial firm that is now known as J. P. Morgan and Company.

The energetic old man that is the mascot of monopoly favors J. P. Morgan physically in several ways. The Monopoly man wears a morning suit with a bow tie and top hat, which closely resembles most pictures of J. P. Morgan. Both Morgan and the mascot have a mustache that steals the show, and Morgan was often photographed with a cane much like the one Uncle Penny Bags waves around.[8]

Monopoly was popular during World War II, and it was used to help prisoners of war during the time. Germany allowed POWs to receive letters and packages, and they also let them play board games to help keep their minds off escaping. The British Intelligence ook advantage of this situation and tworked with the makers of Monopoly to insert items that would help prisoners plan their escape. Some of the items inserted include compasses and maps that showed safe routes to escape.

These items were covered under labels on the game board so they would not be detected by anyone else. There would also be real money of different currencies mixed with the fake monopoly money. Prisoners would enjoy playing the game with each other while also carefully planning their great escape.[9] 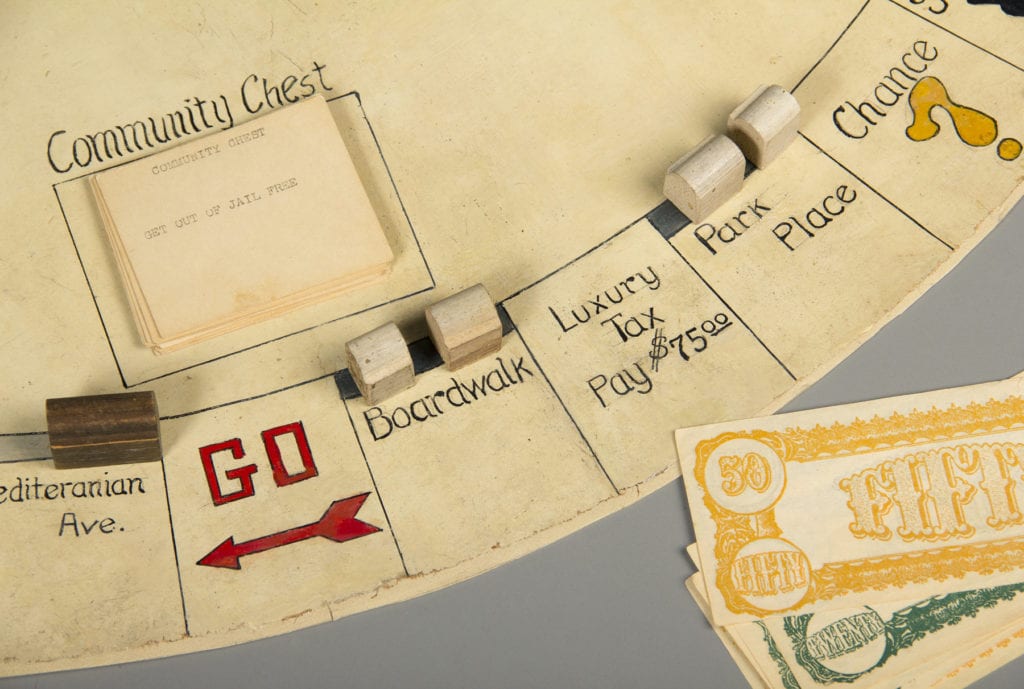 The oldest version of Monopoly in the world is the hand-made Darrow game. The game board was produced by Charles Darrow, and it is believed that he produced around 5,000 copies of the game. After Parker Brothers declined to purchase the game from Darrow, he produced them to showcase the game. The original game was such a hit that the Parker Brothers changed their mind and ended up making an offer.

The original Darrow game board was a circular piece of oil cloth with squares that had been drawn on. It also contained pieces of monopoly money, cards, and wooden game pieces. One of the original 5,000 games was purchased for $146,500 by the Strong National Museum of Play on Rochester, New York.[10]

About The Author: “I’m just another bearded guy trying to write my way through life.”