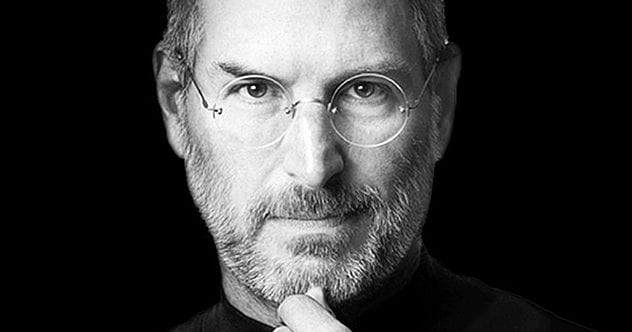 Many of us adore the rich and famous tech CEOs around today. However, the reality is very different for those on the inside. By inside, we mean those who work for them. They know the bad and the ugly sides of these CEOs, which are the two sides we on the outside do not get to see very often. We only see the good.

This is not to say all tech CEOs are nasty. The truth is far from that. Some are but most are not. However, most have insanely high standards and it can quickly become a problem when their employees fall short of their expectations. 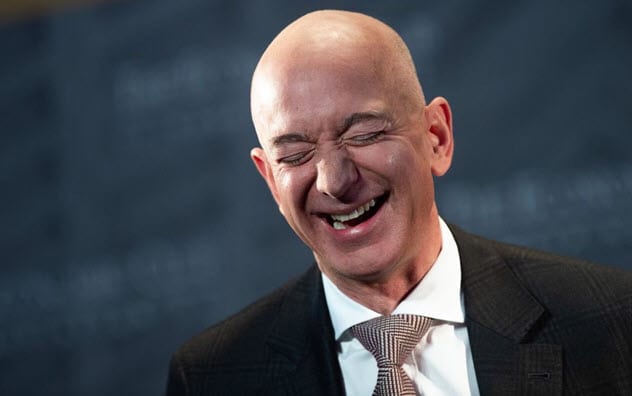 Jeff Bezos has a very high standard he expects every Amazon employee to meet every single time. Amazon insiders will tell you that if Bezos ever forwards an email to you, you had better find a solution to it, or else you may find yourself in deep trouble.

There are actually many ways to piss Bezos off. However, whichever one you use, be rest assured he would fall into what his employees call “nutters”, which involves him screaming and saying some unkind things to you.[1]

Jeff Bezos often ridicules his employees by asking or making suggestive questions and statements. He has asked people questions like “Are you lazy or just incompetent?”, “I’m sorry, did I take my stupid pills today?” and “Why are you wasting my life?”

On other occasions, he has told people, “We need to apply some human intelligence to this problem” and “This document was clearly written by the B team. Can someone get me the A team document? I don’t want to waste my time with the B team document”.[2] 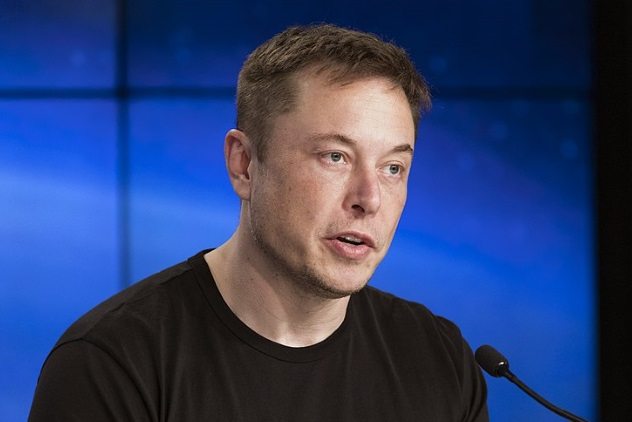 In a recent article, we talked about how Tesla employees avoid passing in front of Elon Musk’s desk because he could fire them for no reason. However, it appears that we may have underestimated how vicious Elon Musk could be. People familiar with the CEO have described him as a “destructive but highly localized tornado” that causes problems for everyone.

Elon Musk is notoriously infamous among Tesla employees for his fondness for changing their jobs without notice.[3] Things are no better for SpaceX employees who are used to his quirks and lack of emotions. He once yelled at several executives before a party, right in front of their spouses, because someone was lagging behind on a part of a future rocket.

Steve Davis, who was one of SpaceX’s best employees, experienced Elon Musk’s lack of emotions firsthand when he helped develop a part that cost $120,000 from third-party contractors for $3,900. He sent an enthusiastic email to Elon Musk detailing what he considered his greatest achievement at SpaceX. Elon Musk replied him with the two-letter word, OK.[4]

Steve Jobs was infamous for insulting, harassing and intimidating his employees. He was harsh, quick to lose his temper and would publicly scold anyone the moment they stepped out of line. Several top executives like Rob Johnson (who created Apple’s stores) and Alison Johnson (a one-time vice-president) even left Apple because they could not tolerate being around him.

Steve Jobs had a thing for rules, which he expected everyone to follow the letter. Anyone who attempted to break the rules or do something different was fired on the spot without questions. This, you will all agree, is contradictory for someone who always parked in spaces reserved for the physically challenged.

Steve Jobs also had a thing against clarifying himself. He believed everyone should understand whatever he said without asking for further explanation. Jobs ridiculed employees who defaulted on this unwritten rule. He would often raise concerns about their intelligence or even out rightly fire them instead of clarifying himself.[5] 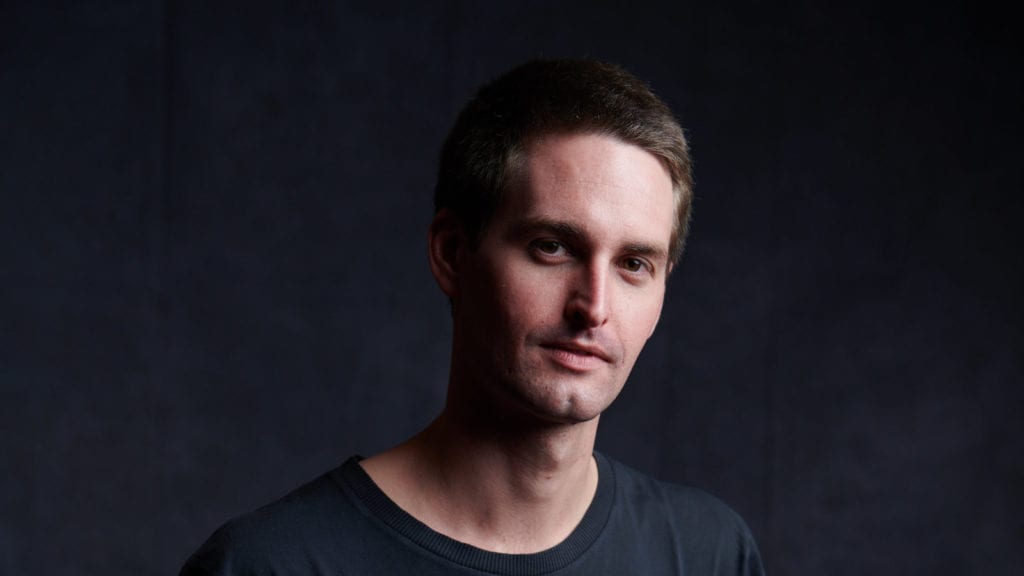 Evan Spiegel is the CEO of Snap Inc., which owns Snapchat. Employees say he runs Snap like a dictator, leading to a “toxic” and “cut-throat” work culture they compared to “swimming in a shark tank”.

For starters, Evan is too secretive and never listens to advice. He is also fond of making employees do work they are untrained for, before turning around to fire them for being incompetent. Employees also accuse Evan of operating a system of favoritism, which encourages them to engage in office politics to earn his trust and become a member of his inner circle.

Unfortunately, not everyone works this way. Many top Snap executives have even resigned because they could not cope with the CEO. Fortunately, it appears Evan knows he has leadership issues and may be working on improving himself. He once engaged a management coach and conducted a survey where he asked employees for ideas on how he could be a better CEO.[6] 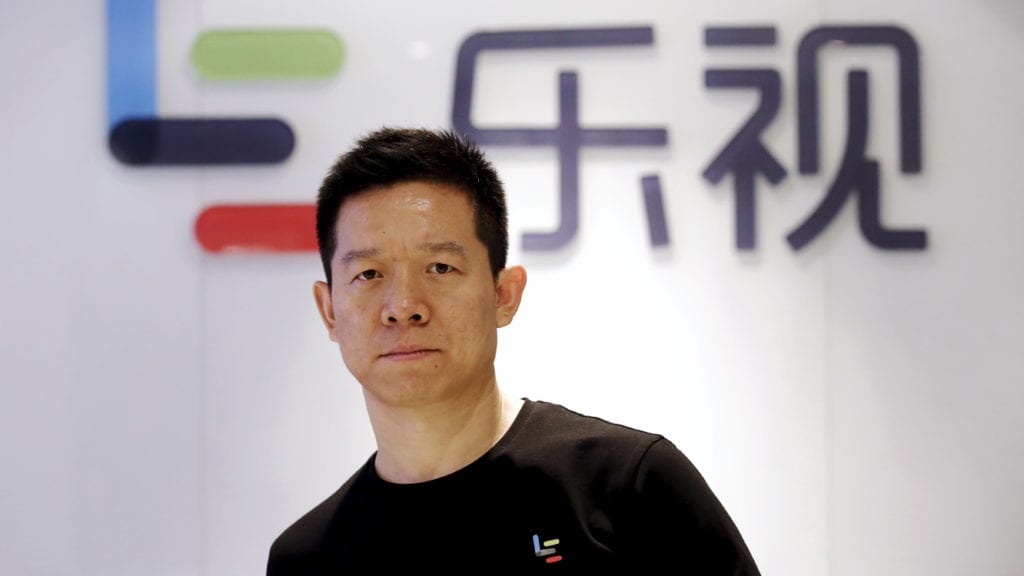 You have probably never heard of Jia Yueting. He is the former CEO and now, Chairman of Faraday Future, a battery electric vehicle maker that was once considered the main challenger to Tesla. However, Faraday Future never lived up to its name and its future is literally hanging in the balance.

Current and former employees agree the company failed because the CEO and his lieutenants are clueless and directionless. Jia himself has been singled out for his lack of vision. For example, he calls Faraday Future an internet company even though he is trying to build a car.

Employees describe Faraday Future as a “toxic” and “chaotic” place where abusive managers rush through major tasks, force workers to remain at work until nine in the night and stop them from pointing out obvious defects in the company’s product. Little wonder the company ended up with a 1.9 (out of five) stars on the popular job review site, Glassdoor.[7] 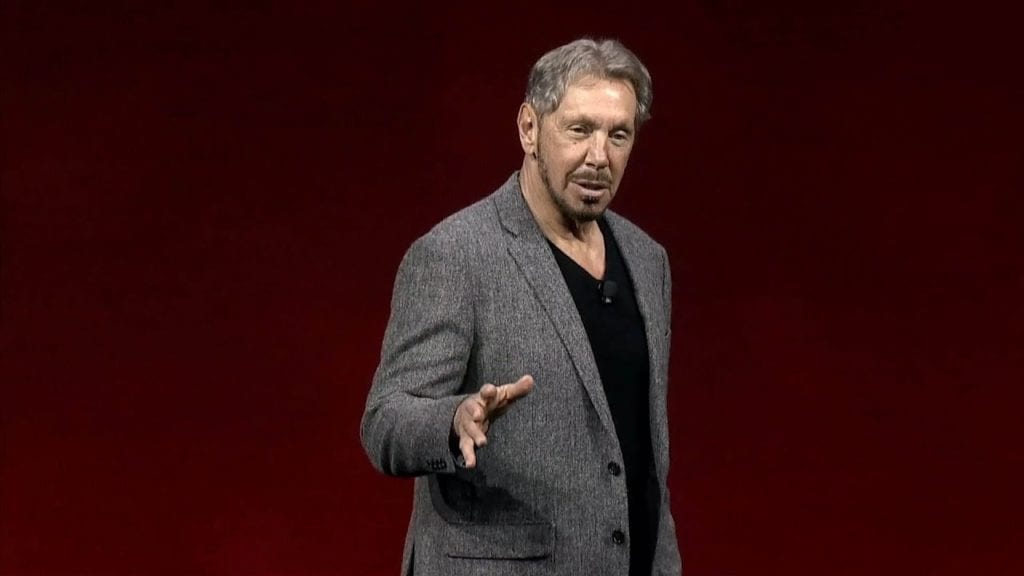 If you think most of the CEO’s on this list are annoying to work with, wait until you meet Larry Ellison, the former CEO, current Chairman and co-founder of Oracle. Ellison is infamous for publicly ridiculing his business partners and rivals.

Unsurprisingly, he is no better with his employees especially his top executives, who are always at the receiving end of his eccentric behavior. For instance, he was fond of arriving late to meetings. By late, we mean he arrived an hour and thirty minutes behind schedule. Another executive even nicknamed him “The late Larry Ellison” because of his habitual lateness.

Ellison was also fond of firing his top executives just before they became eligible to receive the stock options stated in their contracts. This made a journalist compare him to a juicer that extracts the juice out of people before dumping them.

If you think Ellison could not go lower, wait until you hear that he also fired top executives the moment they became powerful and influential enough to replace him. One peculiar case was Ray Lane who once saved Oracle from bankruptcy. Ellison fired Ray because Ray was beginning to attract the attention of Oracle’s shareholders.[8]

Tim Armstrong of AOL is another CEO renowned for his ruthlessness. A former employee described him as a “robotic and possibly sociopathic manager” who will fire you while smiling. According to the employee, Tim fires on impulse and liked announcing the details of his latest layoffs in internal memos. He also has a fondness for publicly ridiculing his workers for minor infractions.

In one notorious incident, he fired a man for taking his photo during a conference. Tim repeatedly shouted at the man and ordered him out of the hall in the presence of his colleagues. Later during the same conference, he went on to ridicule two female employees for giving birth to sick babies. He claimed their hospital bills cost the company $2 million.[9] 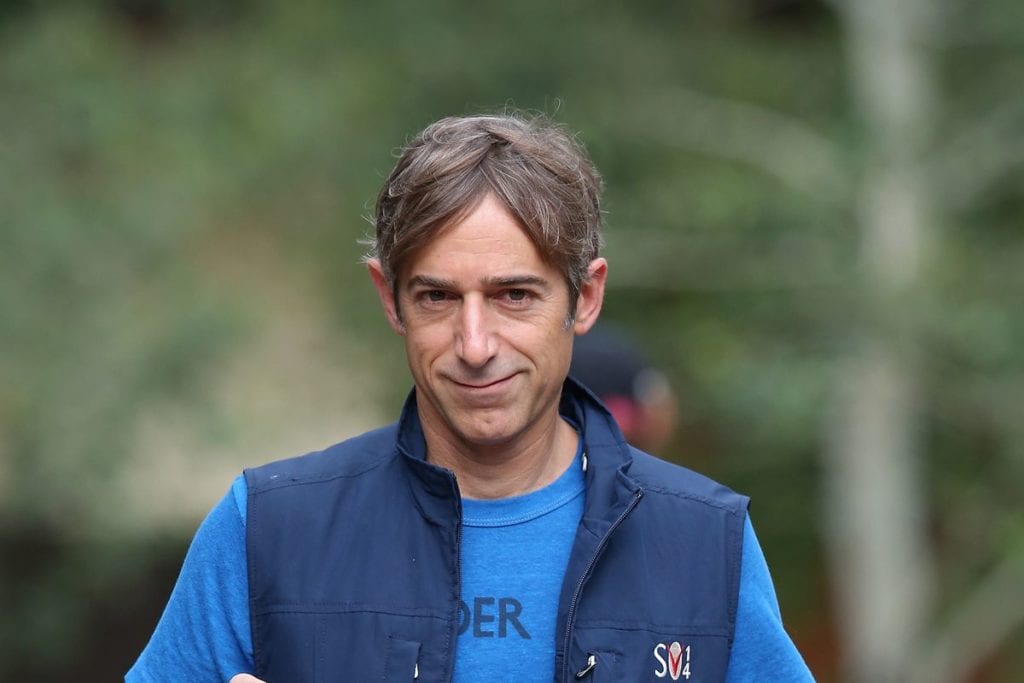 Mark Pincus is the former CEO, current Chairman and co-founder of the internet gaming company, Zynga. Employees have described him as a “controlling” and “fearsome” person who created a not-so-ideal workplace at the time he was CEO. Pincus is probably aware of this too, which was why he hired a consultant to help him with what he called “emergency likability intervention”.

However, he may have also been unbothered about whatever effect his management style had on his workers. While talking about his former job as a management consultant back in 2010, he said, “I went out of my way to tell people they were stupid if I thought they were”. He then added, “People loved me or hated me”. It appeared he wanted replicate the same thing at Zynga.

Pincus first hit infamy in 2010 when he forced employees to hand over their stock just before Zynga went public. He later returned a fraction of the stock. However, what he gave back was so small that his employees considered it “an insult”.

Pincus “reign of terror”, as his employees called it, ended in 2013 when shareholders elevated him to the post of Chairman in an attempt to disengage him from actively running Zynga. People were so glad about the news that the company stock appreciated right after it was announced.[10] 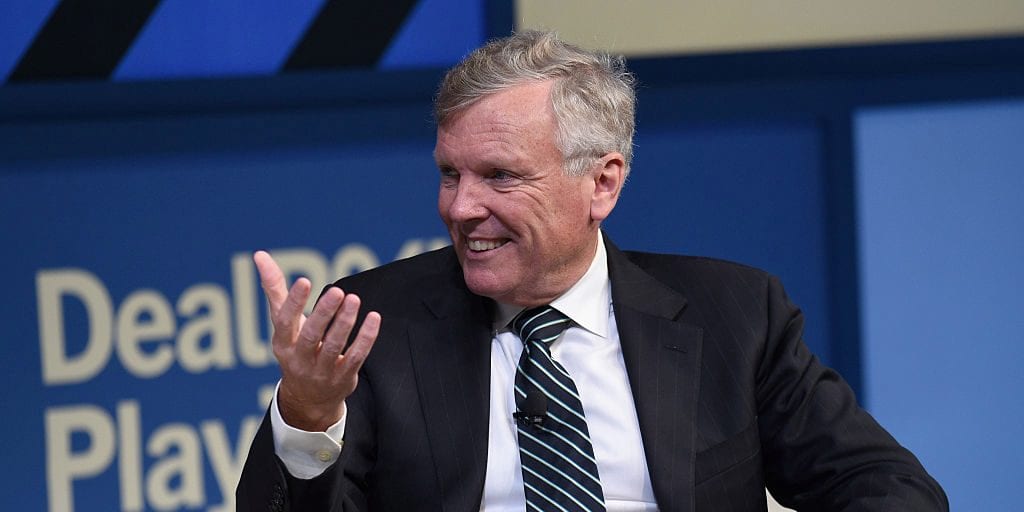 Tom Rutledge is not a big name in the tech world. He was the third highest paid executive in the United States in 2019 after Elon Musk and Tim Cook. That year, he received $116.9 million in salary, bonus and stock as the CEO of Charter Communications, which trades as Spectrum.[11]

Rutledge has always managed to stay under the radar and would not have made this list if he had not caused the longest strike in the United States.

Rutledge laid the groundwork for the strike in 2016 when he bought Time Warner Cable and renamed it Spectrum. He then went on to change the contract Spectrum’s 1,800 cable technicians had with their former employer. However, the technicians got enough and went on strike in March 2017 after he modified their health and retirement benefits.

Rather than negotiate with the striking workers, Rutledge hired temporary workers to do their jobs. The strike has become so drawn-out that around half of the employees have returned to work even though their demands are unmet. Meanwhile, others have stuck to their guns and taken on low-paying jobs like driving for Uber.[12] 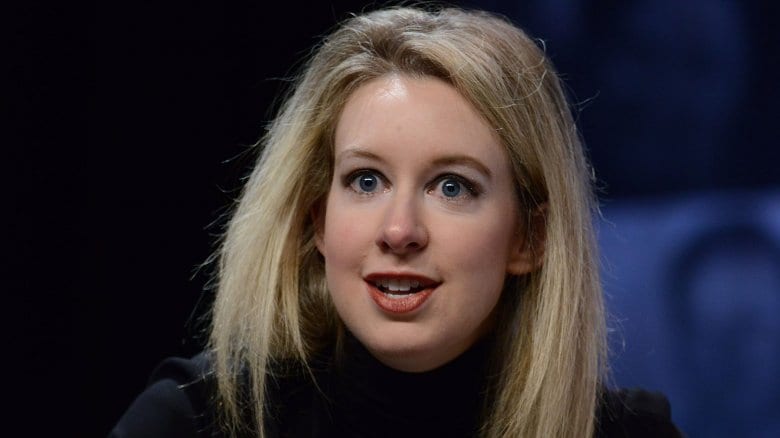 Rounding up this list is Elizabeth Holmes, the former youngest self-made female billionaire who is currently worth $0. Her downfall is tied to the failure of her tech company, Theranos, which she claimed was going to build a machine that can detect series of health problems from a pinprick of blood taken from the finger.

Former employees say Holmes ran Theranos like her personal empire. She expected them to work 16 hours a day, every day of the week, just as she did.[13] She even shifted dinnertime to 8 pm just to keep them at work while her boyfriend and Chief Operating Officer, Ramesh Balwani closely monitored the time everyone signed in and out.

Holmes and Balwani were also ridiculously secretive and controlling, giving rise to a toxic and distrustful work culture. However, this was not enough to stop Holmes from extending her madness to visitors, who were required to sign non-disclosure agreements before entering the facility. Security guards followed them around throughout their stay, even when they went to the bathroom.

Holmes downfall began in 2015 when reporter, John Carreyrou, revealed her supposed machine did not work. Holmes initially denied this but her sham was soon exposed. She was charged with fraud and forced to close Theranos. Meanwhile, analysts have reviewed her $4.5 billion wealth, which was based on her stock of the now-failed Theranos, down to zero.[14]

10 Pieces Of Technology That Won’t Exist In 20 Years