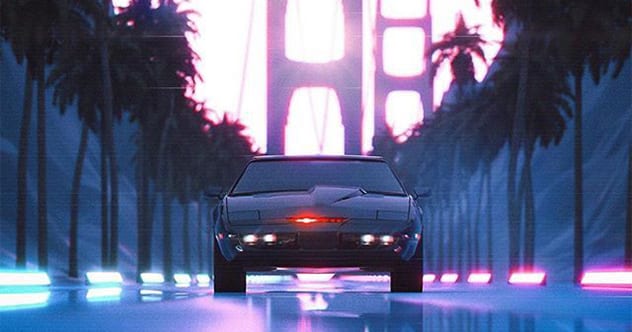 The reboot is a popular Hollywood trope that has been plaguing franchises for decades. This habit of pulling the plug on anything that stops working and restart it like nothing happened before comes from Hollywood excessive refusal of letting things end. In the eyes of major studios, anything is fair game when it comes to making money, and tainting the legacy of a pre-existing entity is rarely taken into consideration these days, which often ends up alienating the audiences they are so desperately trying to get. So, in that spirit, let’s take a look at 10 upcoming franchise reboots nobody asked for:

HBO’s “True Blood”, adapted from Charlaine Harris’ “The Southern Vampire Mysteries” book series, ran for 7 seasons between 2008 to 2014. Initially revered as a brilliantly crafted show with unique writing and clever world building, “True Blood” slowly turned into an unrecognizable shadow of its former self with a pretty brutal decline in quality over the years, up until its it ended with one of the most disliked series finales in television History. And as the show’s fandom died down, the grim vampire show eventually fell into oblivion, forgotten by most.

So it is with a brutal sense of shock and confusion that Variety reported in December 2020 that HBO had put a “True Blood” reboot in development, not even 6 years after the end of its predecessor. Even the biggest fans of the show seemed to be asking why this was happening, especially when they found out that this reboot would be coming from Roberto Aguirre-Sacasa, the show runner of the “it’s so bad it’s good” CW disaster “Riverdale”. Cast members of the original series also seemed confused by the reboot, but wished it well when asked about it in interviews.[1]

The iconic series of novels by C.S. Lewis has already been subject of Hollywood adaptations back in 2005. “The Chronicles Of Narnia: The Lion, The Witch & The Wardrobe”, the second novel in the series, was brought to the big screen by Andrew Adamson, heavily influenced by the pop culture impact of the Harry Potter franchise. The film was critically acclaimed and beloved by fans, but two highly disappointing sequels and diminishing returns at the box office eventually led the franchise to lose audiences’ interest, and a planned fourth film was eventually cancelled.

In 2018, Netflix acquired the rights to the franchise and announced a reboot coming in the form of movies and TV shows simultaneously that will first adapt books that weren’t turned into movies, in order to build a cinematic universe in C.S. Lewis’ world. However, the movie side of this new incarnation seems to have been put on the shelf for now, and while we have very little information about the development of the project, it looks like the TV series is going to be the only one moving forward for the set release date of 2023.[2]

Let’s face it: the only good “Ghostbusters” movie was the first one, and it came out 37 years ago. Since it’s disappointing 1989 sequel, Hollywood has desperately been trying to find a way to recapture that magic for reasons that most people do not understand (or money). It took 27 years for the first attempt to arrive on screens, after a proposed “Ghostbusters 3” spent two decades in development hell and died. 2016’s rebooted “Ghostbusters”, starring Melissa McCarthy, Kristen Wiig and Kate McKinnon, should have been a clear warning that it is best to leave the franchise in the past… but Hollywood is stubborn (or stupid . . . or both).

“Ghostbusters: Afterlife” was announced in 2018, with a 2020 release date (which was pushed to 2021 due to the coronavirus. The movie aims to be a sequel/reboot of the original film, and, contrary to its previous entry, this iteration will not be banking on the nostalgia of older fans, but will instead try to reinvent the formula to appeal to a younger audience, with the new characters being teenagers this time around. Despite a decent first trailer, the excitement for “Ghostbusters: Afterlife” has been mild, and many people are curious to see how it will actually perform at the box office.[3]

Showtime’s “Dexter” is, in the eyes of many, a modern classic of television. The show about a serial killer who exclusively murders serial killers took the world by storm in an unexpected way when it premiered back in 2006. That said, “Dexter” is also infamous for its 2013 series finale, which probably stands as one of the most universally hated finales ever made. The show had been on a bit of a downward spiral during the last couple of seasons, but no one expected the show’s ending to be such an infuriating disappointment, and everyone was very happy to leave the show behind.

As a result, when Deadline reported in October 2020 that Showtime was bringing the show back for a one season reboot in 2021, everyone was really confused. A number of fans got irritated by the idea, fearing that the show would make a cheap attempt to retcon the ending and take all the logic out of the story, but show runner Clyde Phillips has assured fans during an interview with Vulture that this reboot season will not try to undo the original finale, but will instead build on it in an attempt to make it right. So… fingers crossed?[4]

Yeah… the story of a young Willy Wonka and how he came to become the weird and eccentric man we meet with Charlie and his family in the “Chocolate Factory” movies is definitely something no one asked for. The idea of doing this movie has been played with in Hollywood for well over a decade, but no filmmaker seemed to be able to find a “right way” to make it work… or to make it interesting in the first place. However, The Hollywood Reporter revealed in January 2021 that a movie simply titled “Wonka” had officially been put in development by Warner Bros with the producers of Harry Potter and Paddington, with a March 2023 release date set, which had the entire Internet reacting with a resounding “Huh?”[5]

Top 10 Reasons Life Was Better In The 90s

Inspector Gadget seems to have been generally forgotten by modern pop culture. Having skyrocketed to popularity in 1983 with the original DIC Entertainment animated series, the franchise was eventually spun off into three movies between 1999 and 2003, and aside from a poorly received animated reboot in 2015, the franchise has largely disappeared. But, in 2019, Vulture broke a story that revealed that Disney had just put in motion a brand new live-action “Inspector Gadget” movie in development, with plans to have it released sometime between 2021 and 2022.

But, despite a confident announcement, the preproduction process seems to have been quite a hassle behind the scenes though, and the project seems to have fallen into a bit of a development hell stage, but rumours in late 2020 have started to circulate about the movie possibly landing on Disney+ towards the end of 2023 or 2024.[6]

The CW’s “Gossip Girl” is a modern classic that has marked an entire generation of teenagers during its highly popular 6-season run. Between 2007 and 2012, the show followed the story of a group of elite youth of New York City, who tried to navigate their lives of money, sex and debauchery, all while being under the unforgiving eye of Gossip Girl, a mysterious entity who uncovers their secrets and make them public, even if it means destroying their lives.

After its divisive finale in 2012, people moved on from “Gossip Girl” and accepted it as being a product of its time. However, in 2018, 6 years after the show’s end, HBO announced a reboot of the show that would also serve as a sequel to the original series with new characters. The online response was wild, both from fans and the cast of the original series, who all seem to be somewhat disapproving of their show being rebooted so soon after the ending. This new “Gossip Girl” series was first set to be released in 2020, but it was pushed to 2021, as HBO moved it to their streaming service HBO Max.[7]

The adventures of David Hasselhoff’s Michael Knight and KITT, his car equipped with an artificial intelligence, are an absolute staple of 80’s pop culture. Running from 1982 to 1986, “Knight Rider” was a highly popular procedural with an infinitely unique concept, and most people assume that it would really difficult to replicate the show’s vibe. A 90’s reboot and a mid-2000s sequel series both failed to impress and were cancelled very early on, and fans just accepted that it was maybe best to let the show be a wonder of the past.

But in 2020, in a report that seemingly came out of nowhere, Deadline dropped a bomb on everyone by announcing that a new movie reboot of Knight Rider was in the works at Spyglass, with “Saw”, “The Conjuring” and “Aquaman” director James Wan attached to produce. Saying that this was met with extreme skepticism would be an understatement. Even David Hasselhoff admitted to feeling unsure about the movie, but as of right now, very little is known about this reboot, so only time will tell how they plan on adapting the premise of “Knight Rider” to the modern world.[8]

It has been a while since a “Pirates Of The Caribbean” movie has wowed audiences. The first film is considered by many to be an absolute masterpiece, and the following two sequels, while not as good, are highly popular in their own right. But, afterwards, the franchise turned into a shadow of its former self, and after the colossal flop of the fifth instalment “Dead Men Tell No Tales” in 2017, Disney decided to throw the ongoing series in the garbage, along with Johnny Depp and his character in order to reboot the whole thing. This move was solidified in 2018 when Vanity Fair confirmed that a reboot was in the works, with “Deadpool” writers working on the script.

Not only have people lost interest for the Pirates franchise long ago, but if there is one thing people never asked for, it is a reboot of the franchise that will take away its most iconic element: Jack Sparrow. Nobody knows what to expect with this new incarnation of “Pirates Of The Caribbean”, but fans seem to be very annoyed by Disney’s decisions with the franchise over the last 10 years, and this next movie will either the one to save it all, or ruin it for good.[9]

“Home Alone” is a staple of American cinema. It is considered to be one of the greatest Christmas movies of all time, and it has such a powerful place in pop culture that it is still as relevant today as when it was released 30 years ago. So when it was announced that a reboot of the movie was heading to Disney+ in 2022, fans were obviously pretty upset. The general consensus was that audiences have never seen “Home Alone” as a property that needed to be remade, because the original movie is so timeless.

But, Disney decided to move forward regardless, and it has now been confirmed that “Home Alone” is currently in a casting process and aims to start shooting later this year. Chris Columbus, director of the original movie, has publicly rejected the idea of a reboot, but Macauley Culkin, who played protagonist Kevin McAllister in the original, is reportedly set to appear in this new reboot in an unknown role. Many are curious to see what the finished movie will look like, and how it will be received by both older and younger audiences.[10]