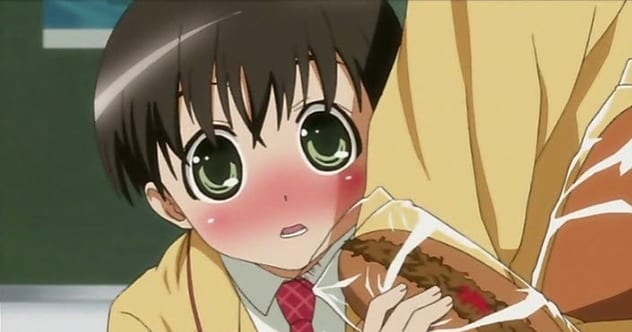 Since the 1980s it’s become a tired point in Western societies that animated content from Japan is weird, violent, and kinky. That’s even by the standards of how bizarre children’s entertainment created worldwide can get to a western viewer. It seems that in recent years show creators have become so desperate for novelty and provocation that they’re more concerned with what they can get away with than commercial viability. Perhaps it could be called a decadent phase for animae. Just don’t call it “must see TV.”

This 2018 show did not take long to begin courting controversy. From the first episode of this fantasy show, a band of adventurers ventures out to harvest some goblins. Instead goblins turn out to be wilier than they anticipated, and as the band is wiped out, one female character is raped.

This entry hopefully serves as a warning just how far these programs can go. Goblin Slayer is unique among these entries in that it’s overtly horrific. In fact, considering that the show was by and large much less horrific than that sequence, it was rather cynical use of shock value to generate controversy. Some of the rest of these, however, give every indication that the creators blindly stumbled into their horrors.

This cartoon was intended as a lighthearted comedy where a band of adventurers go from brothel to brothel in an attempt to determine which of the various fantasy races produces the best prostitutes since it’s legal in that world. The species of sex workers range from fairies to deadly succubi.

American distributors Funimation and Amazon Prime had no idea what they were being sent. By the third episode where the main characters have their genders changed and are treated very roughly by gelatinous prostitutes, the entire screen was covered by a black rectangle, and shortly after the entire program was pulled. That means that tens of thousands of kids were likely shown material that was nowhere near age appropriate, or at least hearing such audio. Even two Japanese networks ended up yanking the show from the air, though in the case of Tokyo MX allegedly it was due to a change in management instead of moral concerns. Yet as a result of networks pulling the program, the show inadvertently saw a massive spike in online popularity for being “censored.” Sometimes there’s just no putting the raunchy genie back in the bottle.

Better known to western audiences as Kimba The White Lion, this program premiered in its home country and the US as on CBS in 1966, the first program there broadcast in color. The first of its two main claims to fame are being created by Ozuma Tezuka, who is generally credited with being the “father of anime” for popularizing such tropes as giving characters large expressive eyes in cartoons like Astroboy. The second is the widespread claim that The Lion King a ripoff of it, a claim thoroughly debunked in 2020 by Adam Johnston of the Youtube channel YourmoviesucksDotOrg. It should be better known for having one of the unintentionally darkest episodes of television ever created without being aware of it.

In the episode “Too Many Elephants”, Kimba (Leo in the original dub) learns that the elephants in the animal reserve have been determined to be too violent to be kept around and are scheduled for extermination. Kimba travels to the elephant herd, but is dismissed and beaten by the lead elephant Pachadermus. So Kimba ultimately decides to only save one innocent child elephant named PeeWee and his mother, while letting the rest of the elephants be ushered into a canyon by tanks and a helicopter and be wiped out. As Kimba memorably puts it in a line that feels like it would have been over-the-top in one of those old creepypastas from back in the day, “I wish the elephants hadn’t been so mean. Then they wouldn’t have had to be exterminated.”

There’s a double standard that an underage male being preyed on by an adult female is not viewed as nearly such a disturbing situation as it would be if the genders were reversed. This 2008 high school romance program shows just how true that is with the romantic triangle of Chizuru and Nozumu competing for the heart of male lead Kouta. The female characters are a fox and wolf spirit while Kouta is a regular human.

More significantly, while Chizuru’s character design is distinctly an adult female, Kouta is drawn as a prepubescent in terms of height and other bodily proportions. In the majority of episodes there are scenes where she attempts to physically coerce him to have sex with her. Multiple times Kouta is shown being unwilling to do so, voicing objections or covering his eyes. It’s made even worse in the English dub how he is given a child’s voice.

6 My First Girlfriend is a Gal

This 2017 high school comedy focuses on Junichi Hashiba as he asks a “gal” (a slang term in Japan for an attractive, fashionable young woman in Japan who often dyes her hair blonde) to be his girlfriend. Even though she initially mocks him, ultimately she accepts, seemingly because she’s impressed he had the nerve to do it. Over the course of the show more female characters begin trying to start a relationship with him, as is expected for the genre.

The most disturbing element of the show is Hashabi’s friend Minoru, who is explicitly a pedophile. This is only treated as a joke, such as when he refers to a freshman student at the high school as a “granny.” There are scenes of him talking to children that are overtly predatory. Not that this stops him from being treated as a heroic character in the final episode when a little girl is hurt by a villain.

The sexual deviancies become more bizarre in this samurai show spoof. Set in a fictional version of Japan where breast size denotes class and so a magical technique was developed by a clan called the Manyuus to remove breasts without otherwise harming the offending lowborn person. One Chifusa Manyuu rebels from the clan and sets out on her own with her friend Kaede, knowing the secret version of the technique that allowed her to absorb other women’s breasts. It struck enough of a chord with audiences that its DVD outsold the Disney films The Lion King and Tangled the week it hit shelves in 2011.

The show passes from shameless fetish content to heinousness in the fifth episode. Chifusa and Kaede come across a collection of pre-teen siblings that are distraught that they’ve lost their mother. After misinterpreting a speech given by Chifusa, the children collectively overpower her and suck on her nipples until she begins making noises of pleasure. Even South Park never went that far!

This barely disguised fetish program from 2010 centers on “qwasers” which are essentially alchemists who have the ability to draw magical power known as “soma” and use the magic to manipulate a certain element (iron, copper, etc.) The way this power is harvested is by suckling women’s breasts. As a result, even during its original run in Japan, the show was heavily censored.

The poison pill of the show for even the most devoted breast fetishist (and the appeal for a more criminal audience) is surely the character Katerina “Katya” Kurae. The primary antagonist for most of the show, and one who draws power from many women, both consensually and not. She is also designed to look severely underage, and she travels with an assistant with whom she has an S&M relationship. Would it surprise you to learn Hikaru Kaneko was the director for this program and Manyuu Hikenchou? It goes to show that failing upwards definitely happens in anime just like any other entertainment field, even for people that should probably be monitored.

At least most of the previous cartoons are so raunchy that many audiences not in the target demographic would stop watching them before they got to the really vile content. This show from 2019 is much more superficially restrained, cutesy, and domestic, so its insidiousness creeps up on a viewer.

The story is that a 15 year-old comic artist lives with his 12 year-old shut-in half sister, eventually discovering that she’s the author of his most successful comics. The couple are written to express sexual interest in each other. So it appeals both to audiences that want to see underage sex and incest. The fact the “romantic” leads are half-siblings and don’t actually have sex is seemingly more for plausible deniability than anything else.

Ritsuka Aoyagi is a twelve year-old transfer student investigating the murder of his brother in this 2005 anime. He has cat ears because in the world of this show that’s true of all virgins. During his investigation he meets his late brother’s 20 year-old friend Soubi Agatsuma. During the course of the show, they form a relationship and Aoyagi loses his cat ears.

The 12 episode show is padded out with numerous fight scenes and the like. Even to reviewers who thought the premise had potential such as Thespectrum.net, the discomfort of the central relationship is still the most significant aspect. Comic Book Resources for one rated this the worst same sex anime of all time.

1 Our Maid is Way Too Annoying

It was all building to this, but it’s still surprising to see it play out so blatantly. This 2018 program stars buff female special forces veteran Kamoi Tsubame as the personal maid of little girl Misha Takanashi. Tsubame isn’t even subtextually a child predator. In the pilot, she tells one of her female comrades that she loses interest in women when they start menstruating. At one point after touching Misha, Kamoi looks at her hand and then sniffs it. She also enjoys putting Misha in various dresses so that the audience member can get lots of uncomfortable drawings of the character.

If there’s a bright side to this show and many of the others listed here, it’s that there was only a single season of it. For all the effort that anime studios have been putting into pushing the envelope or appealing to prurient interests, audiences or at least the marketplace do not seem to be rewarding them much for it. Take your hope where you can find it.

About The Author: Dustin Koski collaborated with fellow Listverse contributor Jonathan “Bogleech” Wojcik to write Return of the Living, a novel where one ghosts sees the first living being centuries life has ended on Earth. It would make a surprisingly undisturbing anime.