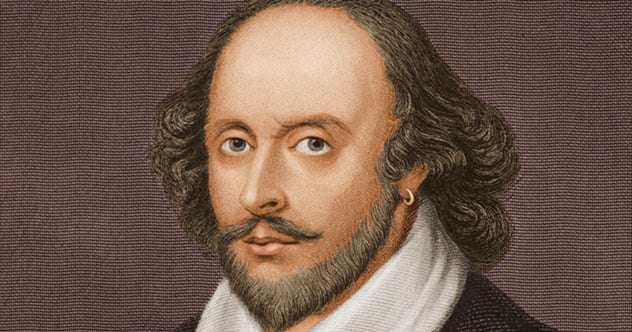 William Shakespeare is possibly the most famous writer from the western world and is a fundamental part of high school English lessons. Despite being regarded as one of the greatest writers of all time, you wouldn’t be alone if you found his work confusing, hard to follow or filled you with dread. Luckily, Shakespeare is one of the most adapted writers, influencing many modern films taking their own spin on his classics. If traditional Shakespeare wasn’t your thing in school, here are 10 of the most accessible Shakespeare adaptations for you to enjoy.

The Taming of the Shrew has all the traits for a successful teen rom-com- “difficult” teenage daughter, younger daughter with male interest, overprotective father- which is possible why 10 Things I Hate About You works so well.

Possibly the most popular modern Shakespeare adaptation, 10 Things I Hate About You gives us a 90s twist to the classic; with Julia Stiles as “difficult” Kat- the independent, empowered young woman that teenage girls everywhere aspired to be- and bad boy turned sweetheart Patrick (Heath Ledger). The movie takes Shakespeare’s script and adds just enough twists to keep a loyal fanbase 22 years after its release. I have no doubt that has a lot to do with Heath Ledger’s rendition of ‘Can’t Take My Eyes Off You’.

The danger of adapting a play like Hamlet to the screen is the melancholy lead can translate as boring and have very little entertainment value. Moving Hamlet out of the royal court and into the world of business (and the aptly named ‘Denmark Corporation’) keeps the essentially very slow story of Hamlet (sorry Shakespeare!) interesting to a modern audience. Julia Stiles makes her second appearance on this list, albeit in an inferior film.

It may not be the greatest film on this list, but the concept cannot be knocked. The theme of corporate corruption is both ingenious and recognisable to a modern audience, not forgetting Hamlet’s famous monologue is performed in a video store of all places. How very noughties!

The identity swap in Twelfth Night was always going to make a good comedy, the simplicity in its concept makes it easily transferable. She’s The Man takes advantage of gender reversal with well executed comedy (though admittedly with some low hanging fruit with tampon jokes). The classic mistaken identity is pretty much a guaranteed laugh and the added layer of rejection to gender norms through football allows for the stock characters that Shakespeare created to have more depth.

Suddenly ‘The Duke of Illyria’ is transformed into college student Duke (Channing Tatum) who values women beyond the physical and does not treat them as objects or possessions like his Shakespearean counterpart. Minor character Malvolio is altered into meddling Malcolm (with a pet tarantula named Malvolio as a nod to his Shakespearean counterpart) who continues to add comedic value to the plot and the addition of Monique adds another level of deception, mistaken identity and comedy, not forgetting some of the most iconic scenes to the film.

O captures the undercurrent of racism of Othello brilliantly in the context of an elite boarding school. We see our “Othello” character Odin, the only black student and star basketball player, pressured to constantly be the “perfect” student and boyfriend.

The biggest stray O makes from Shakespeare’s play is giving Iago (in this Hugo) a sad backstory to supposedly explain his actions. What makes Iago such a powerful villain is his seemingly lack of motive for his deceit. Adding a backstory to Hugo may add depth to make a more fleshed out and well-rounded character. But it also gives the audience a reason to feel a degree of sympathy for him, something he really doesn’t deserve given the level of destruction he causes.

The 1996 Romeo and Juliet is certainly one of the best known Shakespeare adaptations, and it’s not just Leonardo DiCaprio and Clare Danes that have made it so successful! The use of the original script juxtaposed with a 90s Miami vibe creates this strange world at Verona Beach that is oddly familiar to the audience.

This version of Romeo and Juliet doesn’t restrict itself to the expectations of Shakespeare in the traditional sense. Instead, it brings multicultural, queer and diverse characters, gun fights and ecstasy-fuelled partying. A Shakespearean tragedy is transformed into an action-packed film with an epic soundtrack that includes The Cardigans, Radiohead and Garbage.

This film pushes boundaries and proves that, when done well, the opportunities to adapted Shakespeare are limitless and is the standard that all future adaptations should be measured against.

The Taming of the Shrew and modern rom coms really do go hand in hand and Deliver Us from Eva is another that gets the formula spot on. Remaining true to the original story, Gabrielle Union is our difficult lead Eva, whose overbearing nature and involvement in her sisters’ lives drives their partners to hire Ray (LL Cool J) to date Eva and give themselves some relief from her. Naturally, Ray falls in love with Eva and a whole mess unravels.

Deliver Us from Eva ticks every rom com box, with the classic modern characters of the powerful “bossy” woman and the “player” male lead who eventually settles down. This film is the perfect tribute to Shakespeare in the format that us as a modern audience is accustomed to.

West Side Story is, in its own right, a phenomenal film. From the iconic opening sequence, to the standout performances from Rita Moreno and George Chakiris (both of whom won Academy Awards for their roles as Anita and Bernardo) it is an epic combination of violent rivalry and beautiful choreography. As a Shakespeare adaptation, it changes the feuding families of Capulets and Montagues into rival gangs, the Puerto Rican ‘Sharks’ and white American ‘Jets.’ Instantly this is more recognisable than two upper class families. The rivalry in West Side Story seems more well-established than that in Romeo and Juliet, with a backstory rooted in prejudice as opposed to the ambiguous ‘ancient grudge’ that we get as an explanation from Shakespeare.

The addition of characters like Anita give our Romeo and Juliet characters, Tony and Maria, much closer units which only adds to the tragedy. Replacing the minor roles that the parents play in Romeo and Juliet, West Side Story gives us two close knit family units with character traits beyond hating their rivals and musical numbers that show the wider story surrounding the characters (hello ‘America’!) and not limiting itself to the love story.

With a cast that included Ian McKellen, Maggie Smith, Robert Downy Jr and Jim Broadbent, the 1995 Richard III was already off to a strong start. But there is a big challenge adapting Shakespeare’s second longest play into a feature film that is easy to follow with several Kings, Queens, Dukes, Duchesses, Earls, Lords and Ladies to keep track of.

Director Richard Loncraine does this well, not only by merging and eliminating some of the less significant characters but setting the film in a recognisable setting of 1930s Britain. In Loncraine’s take on the play, Richard (McKellen) is a fascist trying to take over the throne in an alternate timeline. The somewhat confusing Shakespearean plot that often puts off students is helped by the familiar British setting, allowing all of us to follow the film a lot easier. The use of accurate period costumes, with standard British Armed Forces & Air Force uniforms vs. SS inspired elements for Richard and his followers is a clever detail that resonates with any modern audience.

The lowest rated film on this list is the 2010 adaptation of The Tempest which is only rated 30% on Rotten Tomatoes. Regardless, it has earned its place on this list. Writer and director Julie Taymor’s biggest change is the gender of the main character from Prospero to Prospera (Helen Mirren). Taymor doesn’t make the mistake of making this a throwaway action and instead shows the consequences of the gender switch.

Prospera is the wife of the Duke of Milan (a shift from the Duke himself in the original), accused of killing her husband with witchcraft. Taymor states that ‘she had her whole life taken away from her because she was a woman’ and wanted to avoid this happening to her daughter in the future. The shift in gender changes the dynamic between parent and child, with Prospera viewing Miranda less as property as Shakespeare’s Prospero does, and casting Djimon Hounsou as Caliban makes for an eery but obvious parallel with colonialism.

It may not be the most critically acclaimed film on this list, but its visual effects- especially regarding its magical element- and costume designer Sandy Powell (who received an Oscar nomination for Best Costume Design) alongside Helen Mirren’s lead make this film worthy of a watch!

A staple in any Disney lover’s collection, The Lion King is a timeless classic. Perhaps not automatically associated with Shakespeare (a hula dancing meerkat and his warthog best friend doesn’t exactly scream Elizabethan tragedy) and when we think of Simba, it’s hard to relate him to the melancholy Hamlet.

Clearly, Simba doesn’t meet the same tragic end as Hamlet, but we do see a lot of the same themes as the original. With a fight to the throne, family betrayal and even identity issues of the protagonist, Disney does an excellent job of bringing across the main, and sometimes complex, themes of Hamlet in a simple and refreshing way.

Studying Shakespeare may have been something you loathed in school, but don’t let the thought of reading Elizabethan scripts put you off exploring what Shakespeare’s work has evolved into. As Ian McKellen said ‘when you put this amazing old story in a believable modern setting, it will hopefully raise the hair on the back of your neck, and you won’t be able to dismiss it as “just a movie” or indeed, as “just old-fashioned Shakespeare.”’