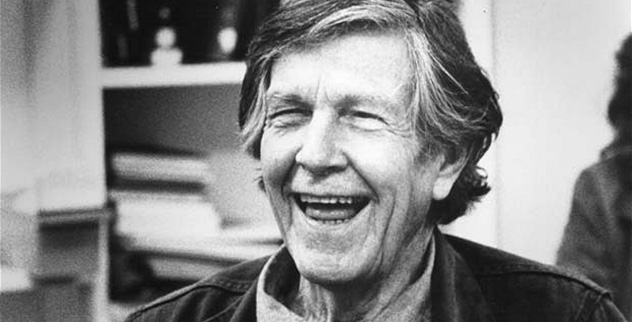 Imagine a world without music. Not “A Quiet Place” world where you have to listen to your favorite tunes through earphones for fear that Demogorgon-looking monsters will attack you. No, a world in which music does not exist. No Christmas carols, rock concerts, personal playlists, elevator music, movie soundtracks, dramatic Disney ballads, nothing. The word that comes to mind is ‘expressionless.’ That is what life would be like without music.

It is fortunate then that our ancestors too couldn’t imagine a world without music. Primitive flutes dating back 43,000 years have been discovered by archaeologists and the earliest musical notation can be found on a 4,000-year-old Sumerian clay tablet. The oldest extant song is believed to be Hurrian Hymn No. 6 which was an ode to the goddess Nikkal.

The history of music is a long and interesting one, and on this list are just some of the colorful facts that dot its journey around the world.

2016 was a good year for Beyonce, Drake and Adele with all of them boasting Grammy-award winning hits. Unfortunately for these artists, none of them could boast about selling the most CD’s that year. That honor went to a very unlikely candidate, namely Mozart.

This feat was accomplished by Universal Music Group who decided to release a box set in commemoration of the composer’s death. The box sets comprised of 200 discs and each of these counted as one CD sold. Needless to say, they were hardly on the shelves before customers scooped them up. They were also sold on Amazon and by 2019 there were only 4 more boxsets available for purchase.

Wolfgang Amadeus Mozart was 29 when he joined the Masonic lodge called Beneficence in Vienna in 1784. He quickly climbed the ranks and was a Master Mason until his death in 1791. The composer’s last masterpiece was an opera titled The Magic Flute, which today is still regarded as one of the most influential operas ever composed.

The Magic Flute included many of the Masonic ideals including wisdom and sacrifice and starts with a fable about a prince who is abducted by a dragon. One of the characters is Queen of the Night and it is widely believed that she symbolizes Maria Theresa who was the Empress of the Holy Roman Empire. Maria Theresa was strongly opposed against Freemasonry and forbade Austrian citizens from joining the Freemasons. The number 3 is an important symbol in Freemasonry, and appears many times in the opera’s scenes, music and character numbers.

Mozart died nine weeks after The Magic Flute premiered and conspiracy has it that the Freemasons murdered him for revealing some of their secrets in the opera.

8 Pop music used as a weapon against pirates

The fight against Somali pirates naturally includes the use of guns and other weapons. However, it seems that British Naval officers have found the perfect ‘repellent’ for these pirates without even having to brandish their weapons. They simply blast a Britney Spears song and watch as the pirates move along as fast as possible. In 2013 a merchant naval officer said during an interview that Somali pirates hate Western culture and that the Britney songs were chosen by a security team because the pirates can’t stand the sound of western music.

And it’s not just Britney’s music that has been employed by government officials. In 2005 it was reported that the US had operated a secret prison near Kabul and that the inmates were tortured with Eminem songs. At one point “The Real Slim Shady” was played for on loop for 20 days causing many prisoners to lose their minds.

Termites are widely considered to be the most destructive pests in the world. They cause huge financial losses each year, because of the damage they bring to buildings and other structures.

For those who love blasting heavy metal music inside their homes or even office when everyone else has left, you should perhaps think twice about doing so should the structure be infested with termites. It is believed that these insects eat through wood twice as fast when exposed to heavy metal music as the vibrations coursing through the wood stimulates them into eating faster. Some researchers believe that classic rock has the same effect.

6 Music and the stock market

Different genres and types of music trends at different times for different reasons, and not everyone would think of reading something more into these trends.
However Dr. Philip Maymin, former assistant professor of finance and risk engineering at NYU’s Polytechnic Institute, did some research and found that the public’s choice of current popular music may be connected to the forecasted movement of the US stock market.

Maymin found that people generally listened to calmer and softer songs when they believed that volatility would soon rock the market and preferred louder and faster music when they anticipated calm markets. His findings were based of observations of variance in standard deviation of returns for the S&P 500 index as compared to the average annual beat variance in songs that are tracked by the Billboard Top 100.

Violinist Wallace Hartley once told a friend that should he ever find himself on a sinking ship, he would play “Nearer, My God, to Thee.”

Little did he know that he would do exactly that along with seven other musicians, as the Titanic sank beneath their feet and people around them pushed and shoved to get into lifeboats. He initially didn’t want to accept the gig as bandmaster for the Titanic as he’d just proposed to his fiancé and didn’t want to leave her. He was however persuaded by the idea that he might get future work out of the opportunity. Hartley’s body was discovered two weeks after the sinking of the Titanic, fully dressed and with his music case strapped to his body.

Another music group, the London Symphony Orchestra narrowly avoided disaster. They were booked to travel on the Titanic to New York for a new tour, but when the schedule changed at the last minute, the orchestra ended up on the RMS Baltic instead.

Monaco may be small, but it is overflowing with wealth, exciting events and bright casinos. To put its size into perspective, it is smaller than New York’s Central Park but houses more than 12,000 millionaires in less than a square mile. It is also one of the most secure cities in the world with one police officer for every 100 residents and a 24-hour video surveillance system that covers the entire place.

Seeing as how the place is so tiny, its army is also small; consisting of only 82 soldiers at one point which made it smaller than the military orchestra which consisted of 85 musicians. That meant it was the only country in the world whose army was once smaller than its orchestra.

3 One of the most terrifying songs ever written

Songs can be uplifting, inspiring, tear-inducing or even cause you to jump and dance around. However, there are some songs that are downright terrifying and difficult to listen to.

“Frankie Teardrop” by Suicide, released in 1977, is an example of such a song. The lyrics tell the story of a poor young father and factory worker who cannot deal with how destitute his existence has become. He then murders his wife and child before committing suicide and going to hell. Singer Alan Vega provided the screams that can be heard on the track, creating a very chilling ‘atmosphere.’

The song was featured in a radio segment and called “The Frankie Teardrop Challenge.” Radio host and comedian Tom Scharpling would challenge listeners to listen to the song at night, while alone and in the ‘most creatively terrifying situations they can think of.’ They were then also invited to phone in and recount their experiences.

Very few of the listeners made it through the 10+ minutes of the track.

2 Silence can be music too

On August 29, 1952 David Tudor ascended the platform of the Maverick Concert Hall to play a new John Cage piece titled “4’33”.

He placed a scored on the piano stand, sat down and set a stopwatch. He then closed the lid of the piano and sat without moving for 33 seconds. He opened and re-shut the lid, reset the stopwatch and then sat without playing a single note for a total of two minutes and 40 seconds. He then repeated this process, sitting without moving for another one minute and 20 seconds before bowing to the audience and leaving the stage.

This ‘performance’ and John Cage’s song would become one of the most controversial but also one of the most significant compositions of the 20th century.
John Cage explained afterwards to irate concert goers, that they’d all missed the point and that there was no such thing as silence. They simply interpreted the performance as ‘silence’ because they didn’t know how to listen to the accidental sounds such as the wind, raindrops and people whispering.

Orlande de Lassus was a composer of the late Renaissance and was considered to be one of the most influential musicians in Europe by the end of the 16th century. He worked as a singer and composer in Naples in the early 1550s as well as for the Grand Duke of Tuscany. He soon became the maestro di cappella of the Basilica of Saint John Lateran but only stayed for a year. By the 1560s he was very well known and started teaching students who wished to become composers. His renown led to him being granted the honor of nobility and he soon received invitations from the pope and several kings.

Along with being a composer, de Lassus had a beautiful voice and was a very talented singer. This talent was evident from a young age, and as a boy he sang in the choir at St. Nicholas in Mons. However, legend has it that other choirs were jealous and de Lassus was kidnapped a total of three times in an attempt to get him to sing for them.