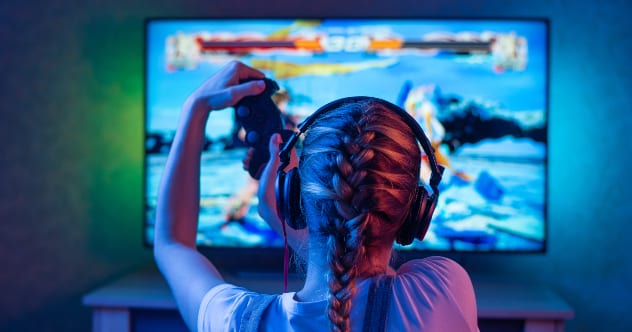 The first intentional human artwork was cave paintings from 30,000 BCE. The first photograph was taken sometime in the 1820s; the first movie was shot in 1888. What is thought to be the first true video game ever created was Tennis for Two by physicists in 1958; the first (and also eerily similar) commercial video game, Atari’s Pong, was released in 1972.

Since then, there have been wireless controls, rumble packs, motion controls, audio feedback, effective VR, etc. These immersive experiences achievable by previously unimaginable technological innovations are picking up at an exponential rate, leaving us without proper time to truly digest just how capable the most recent generations of video games are at mirroring reality. And mirror reality they do.

Here are ten of the most realistic video games out there, in one way or another.

Think back to March of last year (2020), but just for a moment! We know it’s painful. Quarantine began around the world, but there was one glimmer of hope: the newest release of Animal Crossing for the Switch! So instead of feeling down, stuck indoors with no promise of a return to the norm, you spent your time decorating your island with your favorite animal villagers and literally reaped the land for the moolah to pay off your debts!

If we go back farther, you’ll see Animal Crossing isn’t just some one-hit-wonder but has been a popular Nintendo Staple since the early oughts. Why is that? The collective millennial childhood dream fueled by all of the ‘what do you want to be when you grow up ‘ from our elders was laid waste by various world events. We can see that Nintendo has been (hopefully unwittingly) cashing in on the broken promises of our youth with this beloved series.

In 2010 game developer Frictional Games screamed into the void: “video games just aren’t scary enough!” The void screamed back: “make those poor saps wear headphones and play in total darkness…darkness…darkness,” and the game Amnesia: The Dark Descent was born. Playing as Daniel, you are dropped into the middle of labyrinthine Castle Brennenburg with no recollection of how you got there. But before you intentionally erased your memory (as it turns out), you also left yourself this note: find and kill the baron of the castle. Navigating the many layers of puzzles in the dark increases in difficulty as your sanity meter decreases.

This is where the headphones come in: phantom footsteps audibly track from behind and through you, your heartbeat increases, your vision starts to blur, all of it mimicking real fear. Thought that was bad? When it gets worse, you even begin to grind your teeth. Better find some light, fast.

Tamagotchi still being a popular accessory for kids nowadays is strange. It’s even stranger that it ever existed at all, back in the early ’90s when developers could only achieve handheld gaming with pixelated black and white screens. But companies knew their target demographic well and, with limited technology, simulated all the joys of pet ownership for the young and inexperienced.

Forget the romantic notion of forming lifelong pet friendships and bonds beyond the level of speech. Instead, delve into the reality of ill-timed reminders of the pet’s need to poop, be cleaned of poop, cleanup said poop, or eat to make more poop. If even one goldfish was saved a neglectful starvation death upon realizing that pets are hard, we can thank the Tamagotchi, muffled at the bottom of some random garbage drawer, for the lesson.

What Tamagotchi is to teaching the children the virtues of owning a pet, Who’s Your Daddy is the lesson to first-time parents: your baby will try to hurt/maim/kill itself in every possible way, and you are the only force between them and getting a nasty call from Child Protective Services.

Play as either the suicidal baby or the father left in charge while his wife, the more responsible parent, is absent (we don’t restrict ourselves to heteronormativity here). Watch out for classics such as downing a full bottle of bleach aperitif followed by other kitchen cleaners, licking batteries, fork in the outlet, and the classic “don’t tase me, bro.” Though many games are meant to be escapism, Who’s Your Daddy is just a harsh lesson on the realities of child safety.

Let’s do a full 180 and focus on those good parents out there who will do anything for their child to succeed. Not some things, not the easy things, not the right things, ANYTHING. Cue father Du Feng Yu, a failing screenwriter whose eyes we see through in Devotion.

In it, Yu struggles to maintain control over his beloved movie-starlet-turned housewife, Gong Li Fang, and rising-star daughter, Du Mei Shin, who dislikes the spotlight. Freely roam between three different versions of your apartment at three different times to unlock clues to your obsession with treating Mei Shin’s condition once 1980’s medicine fails you.

As Feng Yu, you go to extreme lengths to see Mei Shin well again, somehow leading to an extremely graphic and realistic scene in which you have to rip out your tongue and gouge out your own eyes (yes, there is actually a button for that). The whole scene is so visceral and uncomfortable because it presents the situation as 100% real and makes you feel every bit of what’s happening. It’s the type of realism you didn’t know you wanted… and maybe actually don’t.

Who doesn’t look forward to monthly family game nights where the slim line of binge drinking is the only separation between “getting along” and screaming at your unemployed basement-dwelling cousin as they spend over half an hour referencing the board game rule book on why your last move was illegal? Doesn’t that sound like fun? So why not turn your ceaseless suffering into a video game where you have even more of your agency taken away! Enter: Mario Party.

Don’t get along with your siblings? Learn to curse the very ground they walk on with the invention of 3 vs. 1 mini-games where they relentlessly pound on you. At the same time, you develop a palm blister from the improper use of the joystick (see: the very real New York vs. Nintendo Lawsuit and their sad apology via the Nintendo protective glove release). Teach your niece or nephew the newest swear word unintentionally while the computer player is randomly spawned in front of the star for the second time in a row. It really is the complete authentic board game experience. The only downside is there is no board game-laden table you can flip before you make your untimely exit.

Outlast 2 is a phenomenal psychological horror survival video game by Red Barrels. You are forced to find your escape through a backwoods cultish hell in the American Southwest after being dumped there via plane crash. But you probably have your typical beam sword, physics gun, oversized bludgeoning key, and sexy AI lady to help you on your way, right? No, sir, not here.

The finite list of what you can do to avoid death and dismemberment from crazy religious nutcase as investigative journalist Blake Langermann is as follows: crouch, run, jump, walk, and most importantly- hide. Hide in lockers, barrels, wardrobes, beds, pools of water, tall grass, cornfields, inside of houses, wherever you can. You cannot fight back. It makes the horror experience less like the Hero’s Journey and more like the Actual-Person’s Journey.

You have a limited stamina meter, too, just like we did when we skipped cardio day last week, the week before that… and let’s be honest, for all of 2020, But you can record the catastrophe befalling you for some nice home movies to enjoy later if you survive. So there’s that consolation.

These days there is a simulator for just about every kind of experience out there. And why not? The internet has been an illuminating source of minuscule niches and virtually undiscoverable hobbies for as long as people have been typing in chatrooms. But to make a simulator that is accurate, enjoyable, and which sells over 2 million copies on Steam? Well, that is true art, and that art is American Trucking Simulator.

Spend hundreds of hours driving a 1:20 scale major U.S. cities such as Los Angeles, San Francisco, San Diego, Las Vegas, Phoenix, Albuquerque, Portland, Seattle, Salt Lake City, Boise, Denver, etc., on many thousands of miles worth of in-game roads. Customize your truck for the cargo you want to haul and try not to cause too much damage, as that all factors into the money you may or may not take home at the end of the day. That’s right- the point of the game is to drive a commercial vehicle safely, under the speed limit, without causing damage to yourself or others: violent video games, my bum.

Even the most obsessive fan who buys multiple tickets to their local Renaissance Festival every summer to live out their LARPing fantasies knows deep down that no, elves, dwarves, and filthy “hobbitses” are not actually real. But there is something genuine about the game Shadow of Mordor and its sequel, Shadow of War: The Nemesis System.

On top of the awesome title that should clearly have already been the name of some nerdy indie band, The Nemesis System was and still is a technological feat. Its purpose is to tweak the artificial intelligence of non-playable characters to react accordingly to prior interactions with the main protagonist. That means the orc warrior that survives a big battle can get promoted in Sauron’s Army and therefore be stronger when you face them again. Conversely, if you send them home cryin’ to their momma, their stats will drop, and they’ll lose face among their peers. They can be demoted and even take on a new, belittling name due to the mockery of their peers. The game treats orcs like real people with real lives, making killing them… even better.

Have you ever locked eyes with a random stranger in an open-world action fantasy series after a long day of goblin-slaying and magic crystal-hunting and thought, “Boy, I wonder what things you do after I save my game once, save it again because I wasn’t paying attention, then turn it off?” Well, you can thank Oblivion for that.

For Oblivion, Bethesda developed a Radiant AI system, which enabled their non-player characters to make choices and engage in behaviors much more complex than in past titles. If thwarting the Mythic Dawn cult in their plans to open portal gates to a demonic realm isn’t your style, go ahead and follow a fully voiced NPC—a first for the series—and see their own fully unique day plans. They wake up when they need to, walk to their work, tend the ye old shoppe, eat their meals, walk home, do chores, and sleep. It’s a bit frightening how accurately mundane their lives are, sort of like the game is holding up a judgmental mirror to my own life.