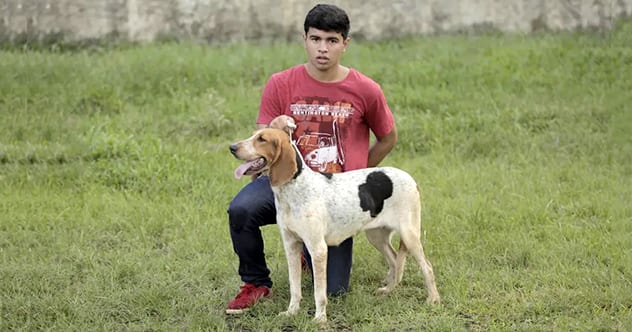 Dogs have been around for as long as humans have been able to tame and work together with wolves, making them one of the oldest species to be domesticated.

Of course, they weren’t exactly domesticated, as they are the result of selectively breeding the wolf, and there have been tons of breeds over the past 14,000-29,000 years.

Unfortunately, some dog breeds have come and gone, and their like has never been successfully re-bred into existence. The ten dog breeds on this list were once popular for various reasons but have since disappeared.

10 People Killed By Their Dogs 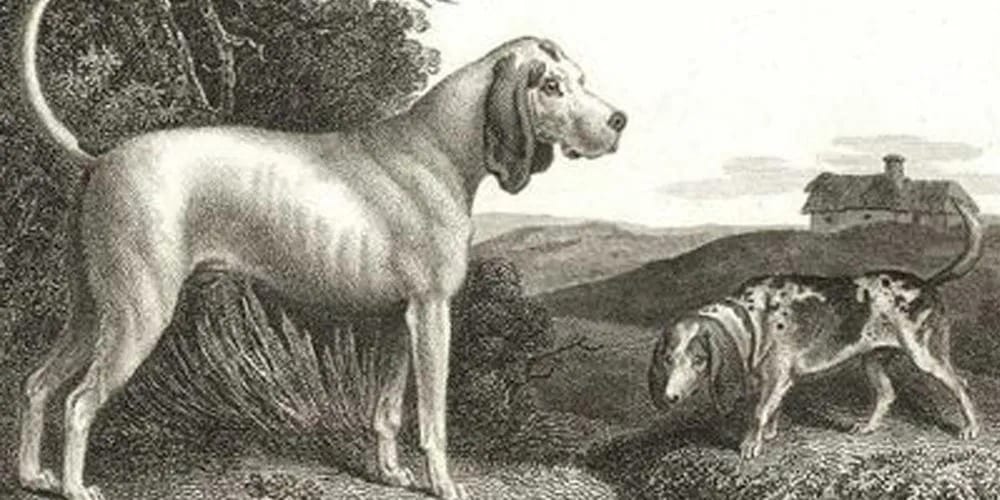 The Talbot was a once-popular hunting hound found throughout England during the Middle Ages. It’s believed that William the Conqueror brought the breed to England in 1066, though this has never been confirmed. The Earls of Shrewsbury, whose family name is Talbot, feature the dog on their crest. Interestingly, the Talbot and Greyhound are the only hounds used in English heraldry.

Talbots were small to medium-sized white dogs with short legs, long drooping ears, and a long curled tail. Records indicate it was prized for its sense of smell, though it’s unknown what it was primarily used to hunt (deer, boar, fox, rabbit, etc.).

There is evidence of the Talbot existing as early as the 15th century before becoming more popular throughout England in the 17th century. It was favored by hunters for its accurate tracking abilities.

Ultimately, the Talbot began to disappear around the end of the 18th century. At that time, the Northern Hound and Southern Hound supplanted it. The Talbot was likely bred out of existence with breeders favoring some aspects of the breed over others. It eventually gave rise to the Beagle, Bloodhound, and Coonhound.

St. John’s water dog was a breed found in Newfoundland, which likely came into existence sometime in the late-16th century. They were hard-working dogs with a good temperament and were prized by fishermen for their qualities. They were excellent swimmers and retrievers, making them especially helpful in fishing communities.

Their precise genetic makeup is unknown, but it’s believed that they were a natural mixture of different working dogs found and brought to the province of Labrador. St. John’s water dogs were highly prized throughout the 16th and early 17th centuries. They were exported to England, but they went extinct due to two primary factors.

Canada began restricting dog breeding to encourage sheep farming, reducing their numbers. Around the same time, a measure meant to prevent a rabies epidemic in England forced their quarantine and ended their importation to the country. This resulted in far less breeding throughout the 19th century.

By the mid-20th century, the St. John’s water dog was rarely bred, and their numbers declined significantly. By the 1980s, the breed was extinct. Still, it left its mark, as it was one of the primary ancestors to all modern Retrievers, including the Labrador and Golden Retriever. 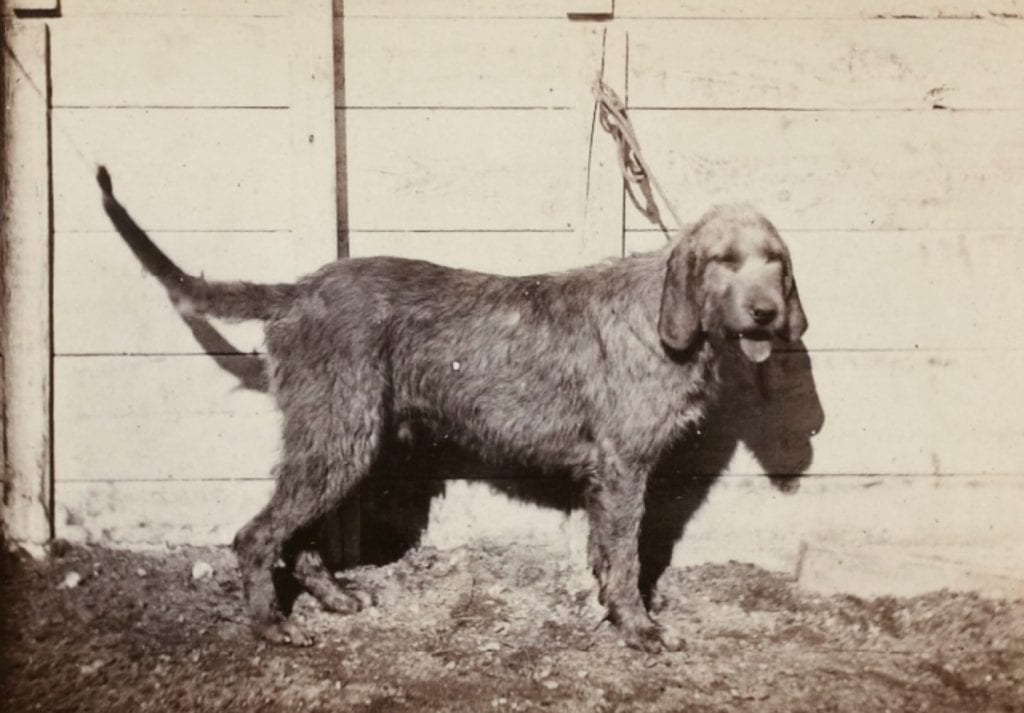 The Grand Fauve de Bretagne was a breed of scenthound used to hunt wolves and wild boars throughout Brittany. They were fairly large dogs with short, dense coats, and they were a pale golden-brown in color. They had a considerably difficult temperament, which made them ideally suited for hunting dangerous game.

They continued to hunt alongside their human companions well into the 19th century, but they ultimately went extinct for an interesting reason. When wolves were extirpated from the vast majority of France, the breed was no longer desirable.

Since there were no wolves to hunt, breeders stopped breeding the Grand Fauve de Bretagne. By the early 20th century, the breed was considered extinct. Before that happened, it was crossbred with Briquet Griffon Vendéens to create the Griffon Fauve de Bretagne, a breed that remains popular in France.

For centuries, the Russian Tracker was used to herd flocks of sheep throughout the Caucasus Mountains. These large dogs were fast and well-suited to chasing off wolves to protect their charges. They were also considered highly intelligent and capable of keeping a flock alive without any human involvement for long periods of time.

The Russian Tracker weighed around 100 lbs. (45 kg) and sported a thick coat that protected it from the harsh cold weather of its homeland. The coat was also helpful in protecting the dogs from predators, which came in handy whenever wolves strayed too close to their flocks.

Despite their usefulness and popularity in the region, the Russian Tracker disappeared around the late-19th century. They were phased out as other dogs were brought into the area, and conserving the breed wasn’t a high priority for the people who used them.

Instead of conservation, the Russian Tracker was bred with bloodhounds and other breeds to create something new and capable of replacing them. Eventually, they all disappeared, but it is believed that they may have been the ancestors of the Golden Retriever, along with several other breeds.

The Blue Paul Terrier was a Scottish breed with a violent history. The dogs were bred primarily for fighting, though their exact origin remains something of a mystery. What is known is that they were introduced sometime in the late 18th century and are likely the result of crossing an Irish Blue Terrier with a White Bull and Terrier, which is also extinct.

The Blue Paul Terrier had a dark blue color and a smooth coat, making their appearance similar to some Greyhounds. They had a large head with a flat forehead with small ears that were usually cropped.

The breed was incredibly popular in Scotland throughout much of the 19th century. They were prized for their strength and courage, which made them perfect candidates for dogfighting. They were considered cunning and highly capable of taking down their opponents.

The Blue Paul Terrier was aggressive when fighting. This ultimately led to its downfall, as it didn’t make for a healthy home companion. The breed became extinct by the early 20th century, mainly due to the criminalization of dogfighting in Scotland. The remaining dogs were likely crossbred out of existence.

The Rastreador Brasileiro was a large Brazillian breed first recognized in 1967, making it one of the newest breeds to go extinct. They varied in color from bluish to black, with many variations of spots or speckles on their short, smooth coat. In appearance, they looked like the American Coonhound.

They were first developed in the 1950s to aid in hunting peccaries, which are medium-sized wild pigs found in Central and South America. They were bred from American and European breeds to create the desired outcome. Still, the Rastreador Brasileiro was not long for this world.

Soon after it was introduced, the Rastreador Brasileiro went extinct following a double whammy. An outbreak of disease coupled with an overdose of insecticide completely destroyed the entire breeding stock. By 1973, the breed was delisted, as it was considered extinct.

Fortunately, efforts have been underway to recreate the breed. This is being done by identifying mixed-breed dogs and crossbreeding them to try and return the first Brazillian breed to be recognized back into the world. While it hasn’t been fully reintroduced, the Brazillian Kennel Club officially re-recognized it in 2019. 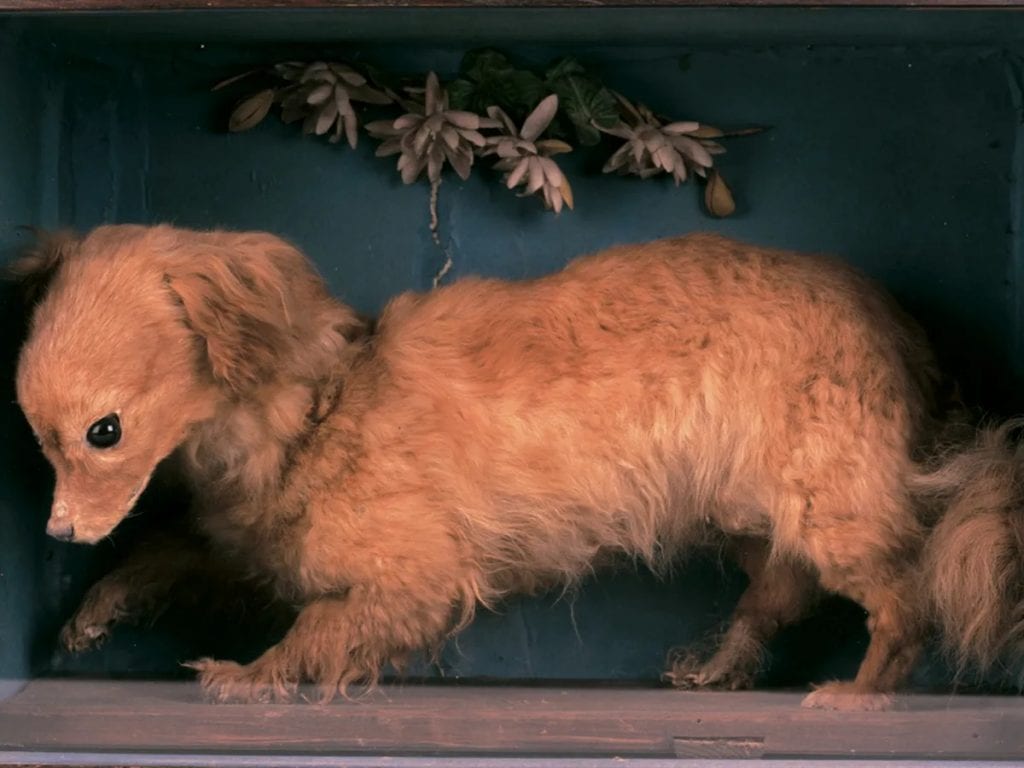 While many dogs were bred in the Middle Ages for specific purposes, they were most often used for hunting. The Turnspit Dog is something else entirely, as it was bred for one purpose and one purpose only: to help out in the kitchen! These dogs were first described in the 16th century and have been called Kitchen Dogs and Cooking Dogs.

Their specific purpose in the kitchen was to run on a wheel. This would turn a spit (hence the name) and cook meat. It wasn’t uncommon for a kitchen to employ two Turnspit Dogs, which would work in shifts. The breed was well-adapted to its role, and they remained in the employ of English cottages for centuries.

Unfortunately, the Turnspit Dog became the victim of automation or the 19th-century kitchen equivalent. The invention of the spinning jenny, a multi-spindle spinning frame, made the dogs obsolete. Of course, it took some time, but eventually, they were no longer needed in English kitchens.

Their presence eventually “became a stigma of poverty,” and they weren’t desirable. Without their specifically bred need, Turnspit Dogs went extinct around the turn of the 20th century. Interestingly, there exists only one known taxidermied turnspit dog named Whiskey at the Abergavenny Museum in Wales. 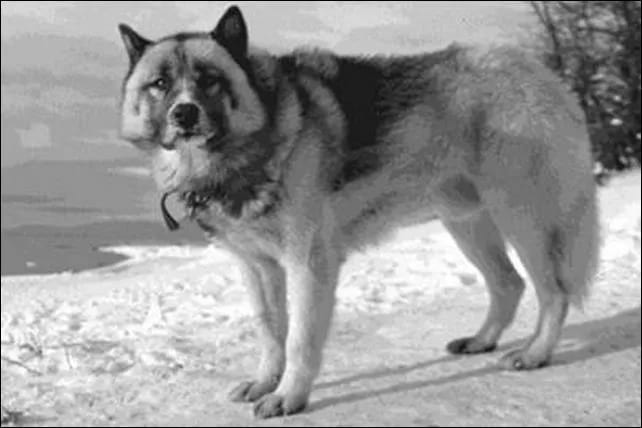 The Argentine Polar Dog is not a breed many were familiar with while it was around. However, it was nonetheless popular and essential for a select group of people. The dogs were bred by the Argentine Army in the 1950s as sled dogs for its bases in Antarctica.

These working dogs were powerful and skillful dogs derived from crossbreeding the Siberian Husky, Greenland dog, Alaskan Malamute, and a Manchurian Spitz. They were fairly large, reaching around 132 lbs. (60 kg) for males. Their triple coat made them considerably well-adapted to the polar temperatures.

It took 11 Argentine Polar Dogs to drag a sled weighing 1.1 tons, and they could move it quickly. On flat terrain, they could move at 22 mph (35 km/h), making them perfect for the needs of the Argentine Army. Unfortunately, they were extinct by 1994.

In accordance with the Protocol on Environment Protection to the Antarctic Treaty, every Argentine Polar Dog was removed from the continent. This was done due to the threat they were believed to pose to the native wildlife. After they were removed, they died out, as they lost the ability to fight off common canine diseases due to their isolation in Antarctica.

In the 1860s, an eager group of breeders dubbed the name “English White Terrier” for a new breed of dog they hoped to popularize. The English White Terrier is a pricked-ear version of the white terriers common during that time. Ultimately, the goal was to create a new show ring breed, but the plan didn’t come to fruition.

For about three decades, the English White Terrier was bred and sold throughout Britain with the goal of having them outperform the other terriers of the day. They were likely crossbred from a fox terrier and a White Italian Greyhound, and they were first recognized in 1874.

The English White Terrier was far from a working dog, as it had no characteristics that made it helpful in hunting or any other task common to dog breeds. They were meant entirely for show, but they did make for loving companion dogs that require “a considerable amount of cuddling and care.”

After about 30 years, the English White Terrier was extinct, but its genealogy lives on in modern breeds. It was crossbred with the Old English Bulldog. This pairing eventually led to the Bull and Boston Terriers. 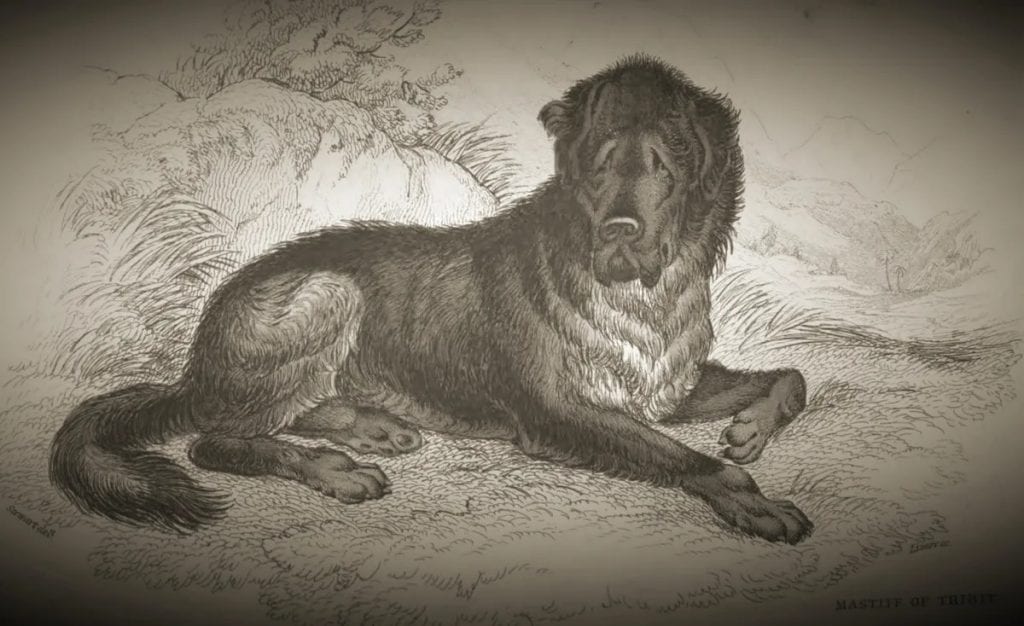 The Molossus was an ancient breed of dog favored by the Greek tribe and Kingdom of the Molossians, which is where it gets its name. These dogs were bred for their great size and ferocity, which made them ideal working dogs in the realm of hunting, fighting, and herding.

Molossus were exceptionally large dogs, and they were written about by some of antiquity’s greatest poets and scholars, including Aristotle, Horace, Virgil, and many others. The precise origin of the Molossus breed has been lost to history, though there are some surviving stories.

Some say that Alexander the Great brought the dogs back from Asia, while others believe they were initially bred by the Romans, who used them as guard dogs for the Roman Army. None of these stories have ever been confirmed, but they speak to the awe and majesty of the Molossus.

The Molossus went extinct, though it’s not known how this happened. Crossbreeding may have bred them out of existence, which isn’t an uncommon end for a dog breed. The Molossus is the ancestor of numerous modern breeds, including the American Bulldog, Rottweiler, Great Dane, Mastiff-type dogs, and many more.

10 Lies About Dogs We All Believe