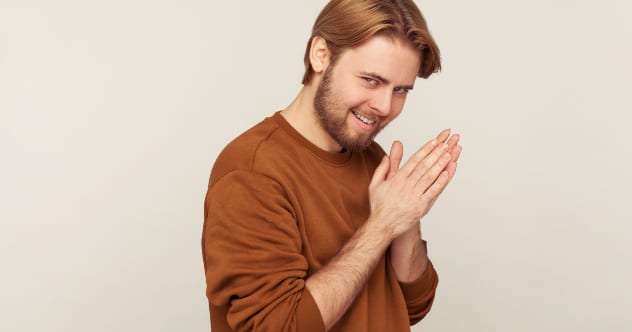 If you’ve ever worked in customer service, hospitality, retail, or just ever had a terrible boss, then the phrase malicious compliance will be music to your ears. We’ve all had bosses tell us to do something phenomenally stupid. Sometimes that’s all they ever tell us. And so at some point, we all have (or at least I know I have) followed their command to the letter, simply out of the purest, pettiest spite, just to show them how stupid they can be.

This is known as malicious compliance, the following of a terrible command just to show how ridiculous the command is. It’s a wonderfully delicious blend of passive-aggressiveness and genuine braveness that allows an employee to make a micro-managing (or just terribly-managing) boss eat their words. Luckily, there exists a subreddit known simply as r/MaliciousCompliance, where for years, thousands of users have shared their best stories of these satisfying acts.

Pulled straight from Reddit, here are ten of the sweetest, most wish-fulfilling, most satisfying tales of malicious compliance. 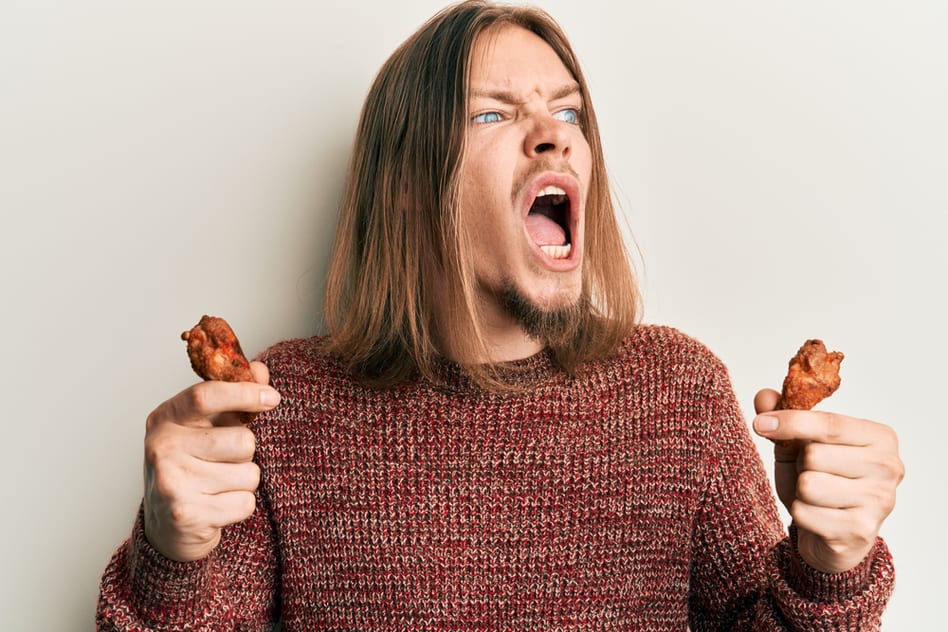 User advocatus_ebrius_est writes about a special moment in his past life as a cook for a discounted wing night restaurant. That night each week, the restaurant served a pound of wings for dirt cheap. Of course, they didn’t actually weigh the wings, just sending out eight of them. That should be about a pound, they figured. Until one night a guest complained.

The guest complained that “it was ‘obvious’ that he didn’t get a pound, because it would be a huge coincidence if everyone’s pounds led to the same number of wings on each plate.” The guest told the server to “weigh these (already discounted) wings to make sure he was getting what he paid for.” The server indeed weighed them. They were a pound and a half. So the server brought them back and said, presumably with wicked glee, “Here are your wings, sir. You were right, there was more than a pound there. So we threw the other ones out. Good catch.” 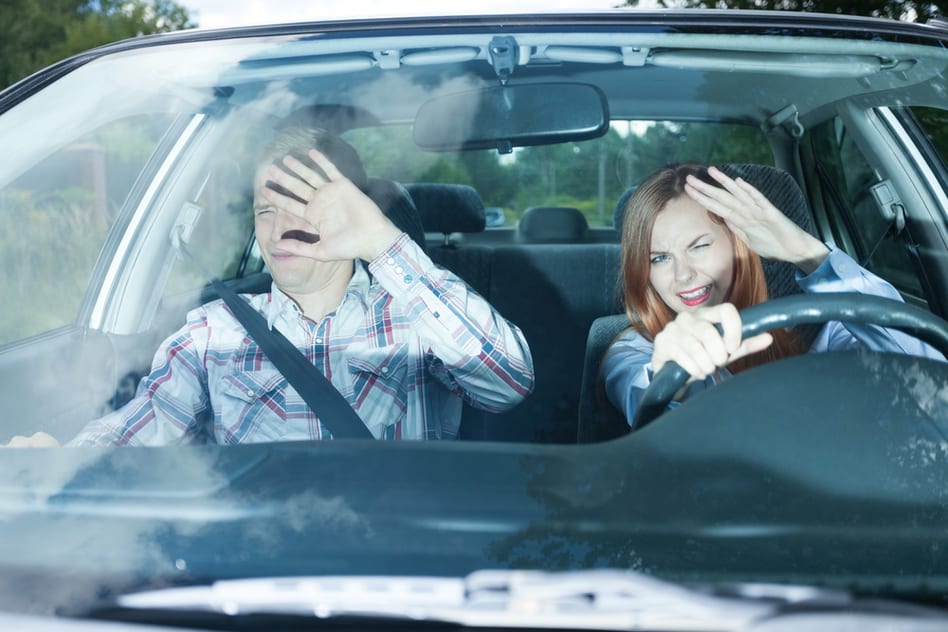 The homeowner’s association in charge of user memon17’s neighborhood made a call. They decided that all the BLM, thin blue line, etc. flags were too much. From now on, it was U.S. flags or nothing. The user’s house had flown a small pride flag for years and so decided to leave it up. Until, that is, someone reported it.

The user writes that they “complied and removed the flag” but decided to look into more HOA rules than just the one. They write, “Looking through our new rules, we noticed that removable lights are permitted without restriction so… we bought 6 colored floodlights, and we washed our house in pride colors.” The house became one giant, bright pride flag or as the user writes, “A little less subtle than our simple flag.” 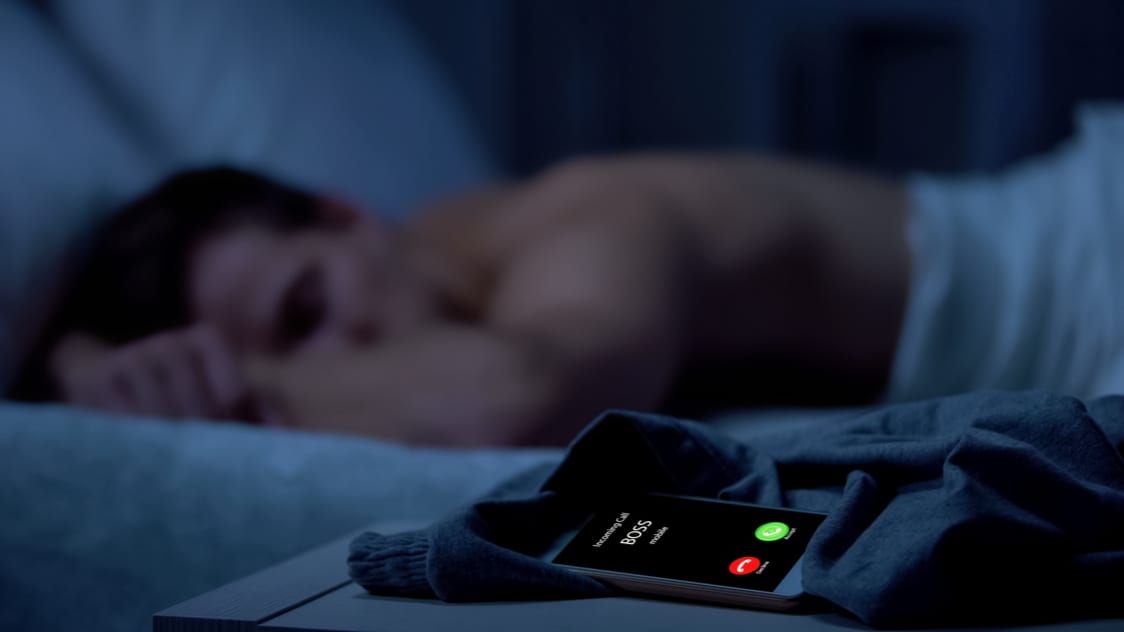 The manager of user curiousaboutnow had a habit of calling her every day around 6:15 am to, in their words, “ask me if I would like to fill the shifts of the people who just called in sick.” Anyone who has worked in food and entertainment service knows that management ‘requests’ like this are surprisingly normal.

The user was fed up, so took the initiative to “volunteer at 3:30 a.m. to call this same manager to ask if they needed extra help. He got super-pissed and tried to write me up for it.” So the user told the higher-ups what happened: “I showed the GM the timestamps of the calls I had received.” They end with, simply, “I don’t get calls anymore.”

7 “To Mark their Property Line” 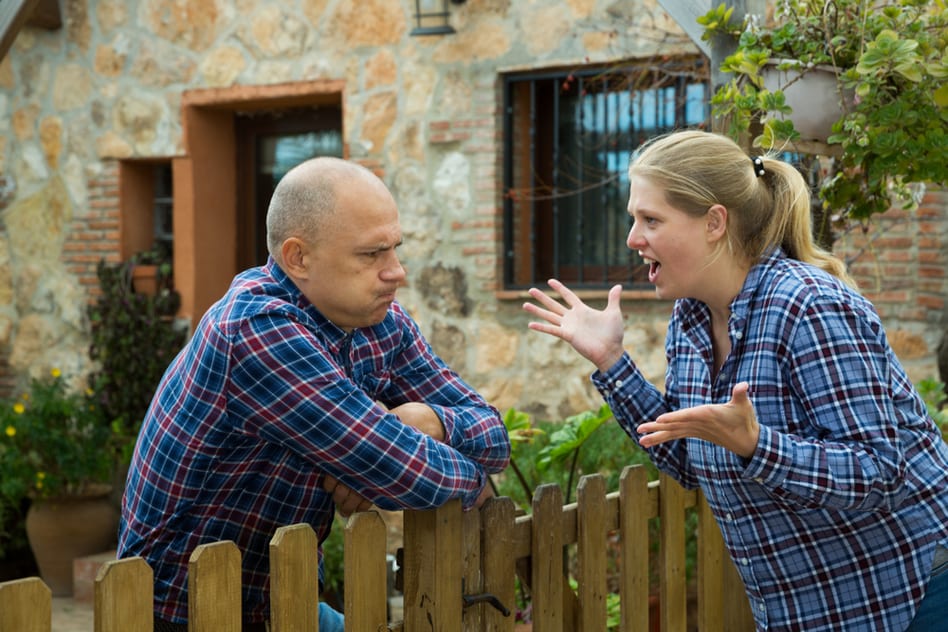 User BalloonUnderstudy used to live in a house with just a narrow strip of yard between the house and their neighbor’s house. The user’s parents used their half of the side yard to put up an expensive garden, partly to hide the inside of their kitchen from view and partly to enjoy the plants.

They awoke one morning to find the entire garden chopped down. Their neighbor “told my father the plants were on his property line, therefore he had total right to take them down.” The plants were replanted. Again, they were cut down. The user writes that “after a chat with my neighbor he decided to call a professional and mark his property line. My father agreed.”

The professional did his job to a T, which just happened to be removing 11 feet from the neighbor’s property. The property line had indeed been wrong, just not how the neighbor had hoped. “We watched as he took down his fence, completely furious. Within the next month, we were enjoying our new space and privacy in our backyard, and my neighbor ended up losing 1/4th of his backyard. My neighbor ended up having to pay almost 10k for the destruction of our property, and we got to plant our plants again.”

6 “Get Around Noise Complaints” 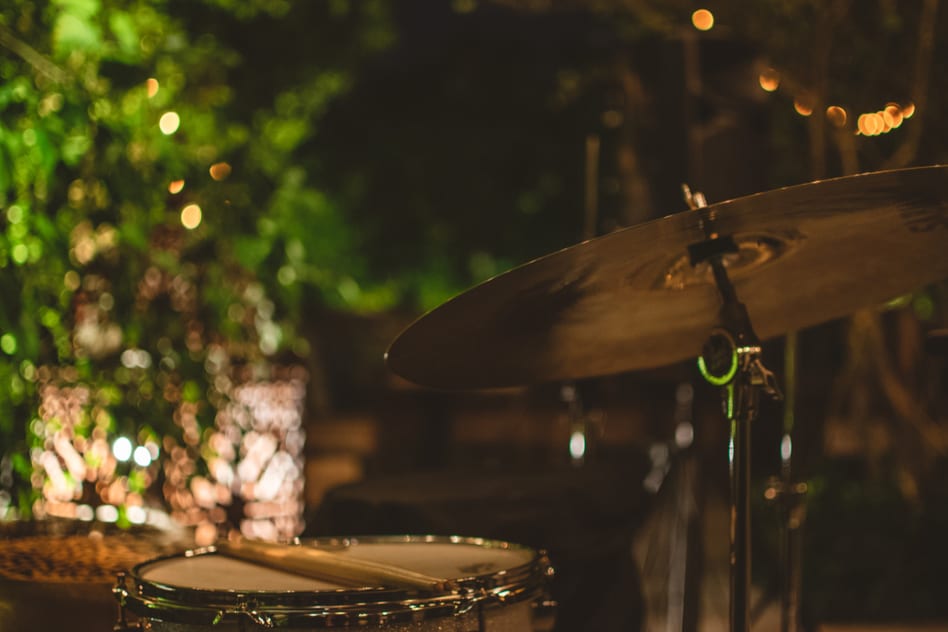 User wibbley_wobbley recounts the short but satisfying tale of his local bar skirting the zoning rules for live music. The bar routinely hosted live music, as many good bars should. But after a noise complaint from a neighbor, authorities informed the bar that zoning rules disallowed them from hosting live music. The bar owners decided to check the rule for themselves and found out that it only forbade live music indoors. They moved the concerts outside “to the patio section, where it would be even louder for the neighbors, and still be legal.” 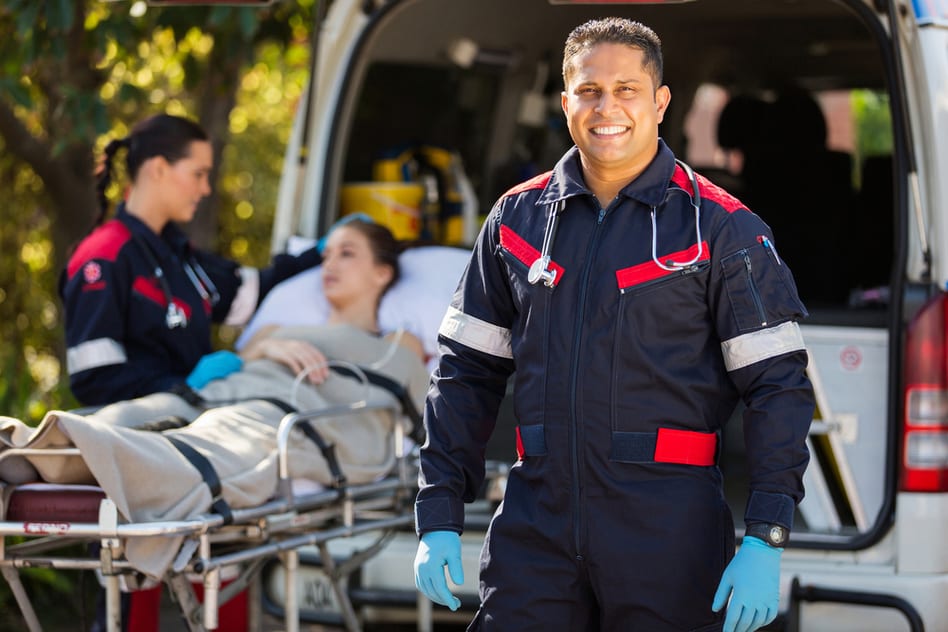 Emergency medical responders are overworked, underpaid, and absolutely vital to society, so it’s a good idea to not waste their time. But that’s what happened to user JaeCryme when they responded to a call of “chest pain” in a rich neighborhood.

They arrived to find a woman waiting for them on the curb with suitcases packed. The medics tried to administer tests and check her vitals, but she refused. She told them that “she doesn’t really have chest pain, she has a procedure scheduled at the hospital, and she wants me to turn off the flashing lights so her neighbors don’t notice and ask her questions.”

The user again tried to assess her, and she refused again, adding that her appointment is in less than 30 minutes, implying they need to hurry up and give her the free ride she is due. The user was too professional and shut her down, writing, “I ask her point-blank: do you need medical attention or do we need the police? I proceeded to do a full workup, in front of her house, taking my sweet ass time, asking enough questions to make her eyes roll, and leaving the strobe lights on the whole time so the neighbors would see. And she was late to her appointment because we admitted her to the hospital through the ER instead of the front doors.”

4 “A Seat that is Able to Recline” 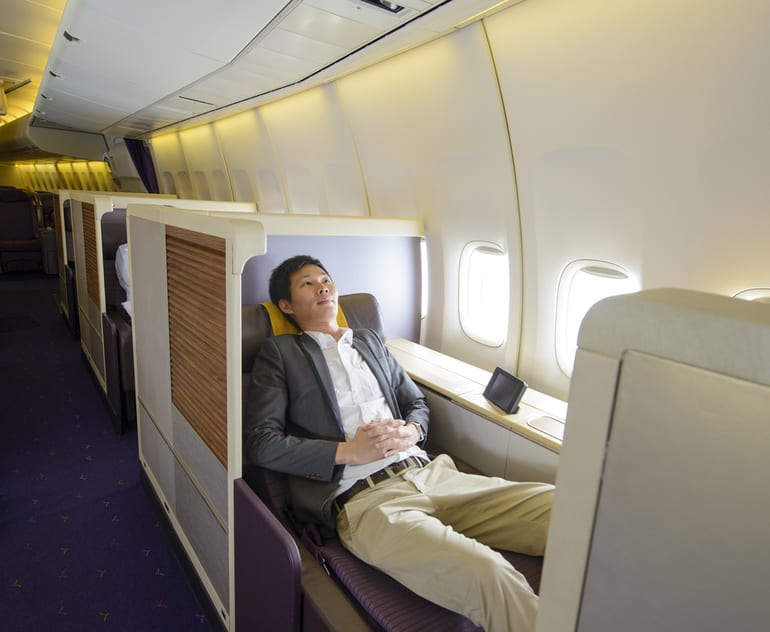 Take it from me—tall people can have a tough time on airplanes. Anyone 6’2″ and up is going to be cramped and will likely have to poke their knees out at awkward angles just to fit. User earthshaker495 had it even worse: he had someone in front of him demand that his height be… less height-ish. While flying, the man in front of the user repeatedly slammed his seat back into the user’s legs. “I ask him to please stop, and he says, ‘I’ll stop when I can put my seat back’.” After repeated slams, the man in front eventually demands a new seat, then demands to talk to the pilot.

3 “Lock the Door if we Arrive Five Minutes Late? Ok!” 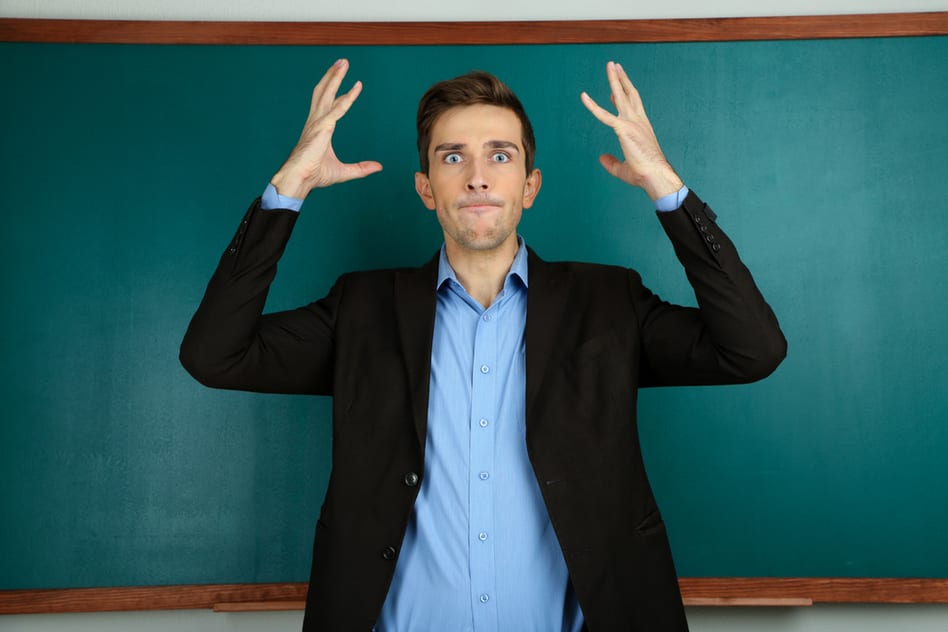 Some university professors are needlessly strict, and user Khromez found themself stuck with one for a semester. The professor “would physically lock the door once 5 minutes passed (after the start of class), and would not open it again for any reason whatsoever. If you were 5 minutes late, you lost that lesson.”

But one day, the students all got their sweet revenge. “The professor himself arrived five minutes late that day, and the students locked him out of the classroom. For an entire hour… Needless to say, he never locked the doors again.” 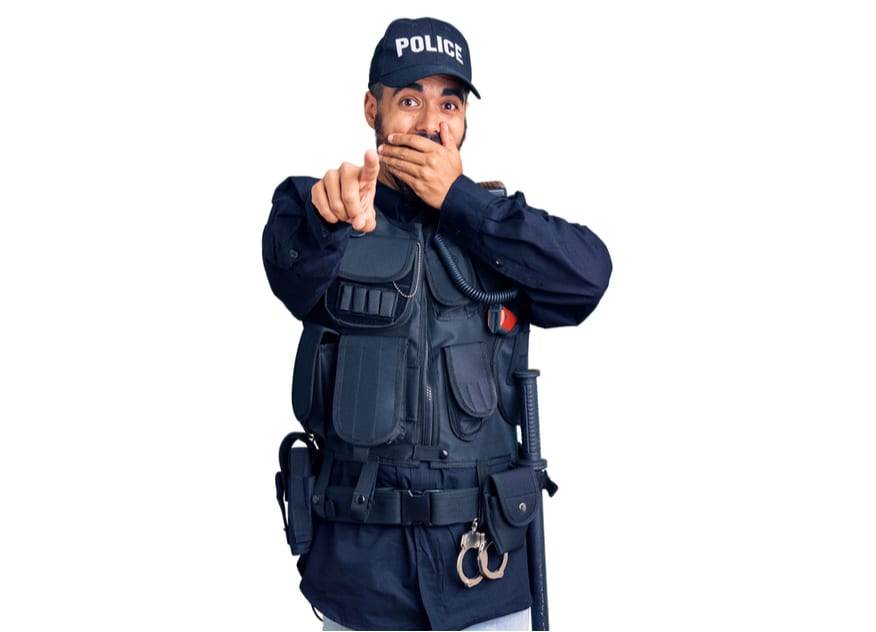 User stuufthingsandstuff had a friend named Steve. The pair worked together at a high-end electronics manufacturer, a place with valuable microchips and data, and so also heightened security. But for Steve, it was a little too heightened. The security guard that guarded the facility entrance was for some reason overly suspicious of Steve and every day he “required Steve to show him the last 5 pictures taken on his phone ‘to prove he wasn’t stealing secrets’.”

One day Steve decided to sneak into the bathroom and get some revenge. Asked to hand over his phone again that day, “Steve gladly hands the phone over. (The security guard) is greeted by some very peculiarly angled shots of Steve’s…” (I’ll finish the statement) naked behind. He never asked to see Steve’s phone again. 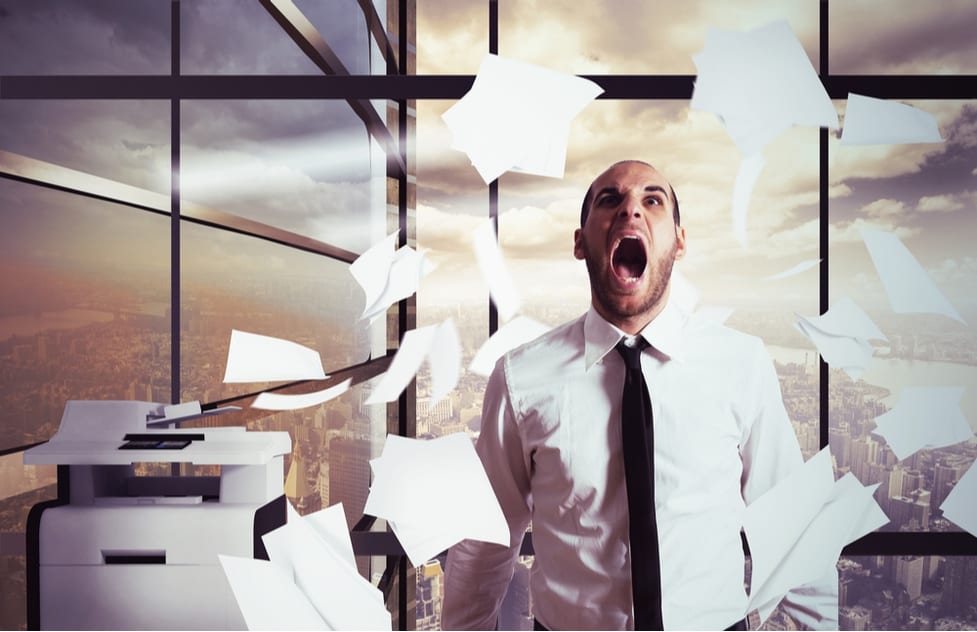 The IRS is a pretty popular bogeyman and it’s hard to argue against it. But Reddit user fox-mcleod shared a story of his friend Nathan turning the tables on the IRS in an incredibly satisfying way. Like intensely satisfying.

Making a long story short: Nathan’s parents accidentally paid the taxes he owed one year for him when he had already paid them himself. So Nathan canceled one of the checks, resulting in a $40 canceled check fee. Nathan, who “just works systems through problems no matter how daunting they should seem” was not having it.

Nathan “spent the next four weeks escalating the issue to the point that he got a case officer – a real, live human agent on the phone”, reached multiple agents beyond that, and got all of their addresses. And Nathan actually asked an agent: “I (Nathan) could write a $10 check and indicate it’s for you (Mr. “Agent” at 1234567 Schenectady, NY) and cancel it resulting in a $40 fee for you with absolutely no penalty or recourse to me?” The agent said yes. As the user writes, “that’s what Nathan did… He was following through… sending checks to the IRS addressed to pay the taxes of the agent(s)… so Nathan could cancel them, causing the agent(s) to owe the IRS a fee for each canceled check.”

The IRS quickly wrote him back: “Sir, we understand the point you’ve made. Please consider your fee waived and I hope we can put this behind us.”