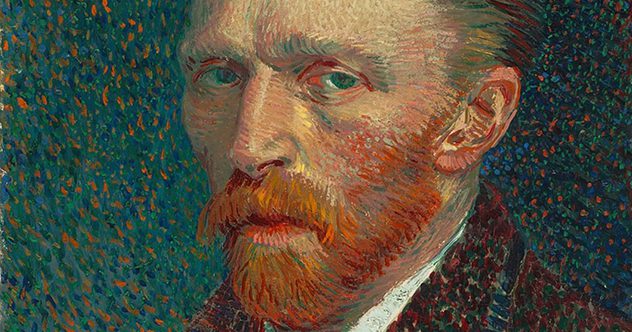 Becoming famous is a dream for many. Some work towards it for years, others achieve it by accident. But what if you were to become internationally famous without ever knowing or even being around to enjoy the benefits of your notoriety? Here are ten people who only hit the big time after their death. Who knows, it could still happen to you.

Debt collectors made a gruesome discovery after breaking into a flat in North London. A decomposing skeleton lay on the sofa surrounded by half wrapped Christmas gifts. Dental records confirmed the deceased as Joyce Carol Vincent, aged 38. Shockingly, she had been dead for three years and in that time, no one had reported her missing.

Joyce’s lonely death garnered just a few headlines. Film-maker Carol Morley spotted the story in an old newspaper while travelling on the London Underground and wanted to know more. There was little information about Joyce, so Morley began to place posters around London and in the back of cabs, appealing for anyone who had known her to come forward.

Morley met up with a series of friends and ex-lovers who described Joyce as clever and ambitious but above all else – secretive. They spoke of her successful career in finance and friends in the music industry. After an abusive relationship, she retreated from the world until her body was found in January 2006. Morley contacted Joyce’s family, but they all refused to talk.

Morley used these interviews to make a haunting documentary about Joyce called “Dreams of a Life”.

The film was praised by reviewers and earned two nominations at the 2011 British Independent Film Awards.

Nick Drake was an English singer songwriter who released his first album as a student in 1969. Shy and awkward, he struggled with depression and rarely played live.

Aged 26, he died from an overdose in his childhood bedroom and that could have been the last anyone heard of Nick Drake.

But in 1999, his track “Pink Moon” was used in a Volkswagen commercial and within weeks had entered the Billboard Hot 100. A new generation of fans discovered Drake’s music and began to download his three albums. The record company who had stopped releasing his music after Drake’s death produced a remix album, and sales quickly overtook the 4,000 albums Drake had originally sold in his lifetime.

“Waitress” is an uplifting Broadway musical, but audiences may be unaware of the tragedy behind it.

Actress Adrienne Shelly wrote, directed and starred in the original 2007 film about Jenna, a pregnant waitress at Joe’s Pie Diner.

Just months before the film’s release, Shelly was found dead at her New York office, hanging from a shower rail. Construction worker Diego Pillco later confessed to killing Shelly and staging her suicide after the two had argued about noise from building works.

Had she lived a few days longer, Shelly would have learned that “Waitress” was to open the 2007 Sundance Film Festival. The small budget film became a cult hit and took $23 million at the box office.

In 2013, a musical version was planned with songs by Sara Bareilles. The show opened on Broadway in 2016 and can still be seen in theatres all over the world today.

Michelle McNamara was a journalist with one obsession – to identify a long forgotten serial killer who had roamed free in California for decades. Michelle blogged about her search and named him “The Golden State Killer” in a bid to get the cold case back into the news. Over many years, she contacted retired detectives and the online sleuthers to research his crimes and signed a book deal in 2013.

In 2016, Michelle died from an accidental overdose of prescription drugs. Her husband, actor Patton Oswalt was determined that her life’s work should not go to waste and along with crime writer Billy Jensen, sifted through hundreds of boxes of her notes to finish the book.

It was called “I’ll Be Gone in The Dark” – a phrase which the killer had whispered to one of his victims and was published in 2018. Just one month later – Joseph D’Angelo, a former police officer, was arrested and confirmed as the Golden State Killer.

Michelle’s first and only book became a New York Times best seller and was followed by an HBO documentary of the same name. It told the victims’ stories and that of Michelle with her words providing the narrative.

Playwright Billy Aronson wanted to make a modern version of Puccini’s opera, La bohème. He needed a songwriter, and found Jonathan Larson, an aspiring composer working as a New York waiter who began to write hundreds of songs for the project.

Over seven years, Larson crafted a ground-breaking musical called “Rent” set in New York’s Lower East Side during the 1980s AIDS crisis. Through its 42 rock songs, it told the story of a group of gay and trans artists struggling with addiction and homophobia.

On 25 January 1996, the show was ready to open in an off-Broadway theatre. Hours after the final dress rehearsal, Larson was taken ill and later died from an aortic aneurysm, aged 35.

The shocked cast carried on and the hit show moved to Broadway later that year.

After his death, Larson won 3 Tony Awards and a Pulitzer. The show ran for 12 years and was made into a film in 2005.

John Maloof was bargain hunting at a Chicago auction in 2007. He paid $380 for the contents of a repossessed storage unit containing hundreds of negatives. Intrigued, Maloof developed the pictures and discovered haunting and candid shots of street life from the 1950s and 60s by an unknown artist.

Maloof turned detective and soon found the photographer was Vivian Maier. He discovered a woman who had lived a solitary life working as a nanny and roaming the streets of Chicago for hours with her camera. Maloof posted the photos online and the fascinating portraits went viral. People wanted to know more about the gifted artist, but Vivian was self-taught and obsessively hid her talent.

Vivian left over 100,000 negatives – all undeveloped and piled in boxes as she moved between nannying jobs. She died penniless and alone in 2009, just as her discarded photos were being seen for the first time.

Today, Vivian’s photographs sell for thousands and have been exhibited globally.

Kitty Genovese was walking home from her New York bar job late one night when she was attacked and stabbed by a man named Winston Moseley. Her screams alerted a neighbour who shouted to leave her alone and Moseley ran off.

No one rushed to Kitty’s help or called police as she lay wounded, yards from her apartment. Moseley crept back to the scene and killed her.

It was 1964, and Kitty’s murder made little impact in crime ridden New York. By chance, police arrested Moseley for robbery a few weeks later and he confessed to the killing.

Following a conversation with police about the case, the New York Times ran a story with the sensational title:

The article wrongly stated that neighbours had simply watched from their windows as Kitty was murdered, and the public were shocked that so many had ignored her. Psychologists began studying the reasons behind the witnesses’ behaviour and named it “The Bystander Effect”. This describes a situation when several people witness a crime, but they all do nothing as they assume someone else will.

In 2004, journalists decided to re-investigate and found that only two neighbours had failed to help Kitty while many more had rushed to her side—one even held her as she died.

For years, Kitty Genovese’s name was linked to an uncaring society. In 1968 the publicity behind it helped launch the 911 emergency phone system in place today.

Stieg Larsson was a Swedish journalist who specialized in attacking Right-wing political groups.

It was a stressful lifestyle and Larsson, a heavy smoker, was frequently targeted by his political opponents.

In 2002, he began writing fiction in his spare time and created a series called “The Millennium Trilogy” comprising The Girl with the Dragon Tattoo (2005), The Girl Who Played with Fire (2006), and The Girl Who Kicked the Hornets’ Nest (2007).

In 2004 his books were accepted by a Swedish publisher, with the possibility of a film deal. Days later, a broken elevator forced Larsson to walk seven floors up to his office where he collapsed and died from a heart attack.

Larsson’s dark thrillers about a computer hacker and a journalist have now sold 80 million copies worldwide and been made into successful films.

Larsson’s death has become as complicated as his novels. His family are now embroiled in a legal battle with his partner over the rights to his unfinished fourth novel, found stored on a laptop.

Franz Kafka was born in Prague in 1883 and by 1907 he was working as an insurance agent by day and an author at night. A few of his essays were published but he was so consumed by anxiety that he burned most of his work.

In 1917, he was diagnosed with tuberculosis and continued to write short stories from his hospital bed. Just before his death, he ordered a friend, Max Brod to destroy all his remaining papers. Instead, Brod chose to share his works with the world, and Kafka’s twisted psychological thrillers have now become classics.

The word “Kafkaesque” meaning a nightmarish situation from which there can be no escape, has entered the dictionary as a result of the stories that Kafka never wanted anyone to read.

Vincent Van Gogh is a world-famous post-Impressionist. In 1990, his painting “Portrait of Dr Gachet” sold at auction for $82.5 million, but during his troubled lifetime, he remained unknown.

As a young man who couldn’t settle in education, he drifted around Europe taking various jobs. He had always sketched and painted but was mainly self-taught and began to create works based on nature, using intense colours and texture. One of his most famous pieces, “Starry Night” was inspired by his time in a mental hospital.

The last two years of his life were spent in the South of France where he gained a growing respect among the art world but despite this, he officially sold just one painting in his lifetime. He would often trade paintings with other artists in return for food and paint.

After years of ill health and poverty, he shot himself in 1890. His brother’s wife inherited his work, and she began to exhibit some of the 2,000 paintings.

He is now regarded as one of the greatest artists of the 19th century.

10 Tips for Success in Everything

About The Author: I am a true crime addict and lover of words.