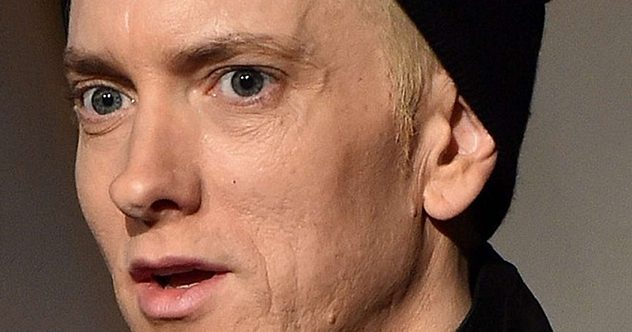 As the years went by, more and more answer songs saw the light with some of the most well-known ones including “California Gurls” by Katy Perry, “Love Will Tear Us Apart” by Joy Division and according to some, “The Rain Song” by Led Zeppelin.

On this list are just some of the many, many answer songs that have been written in response to the famous ones that came before them.

Country music singer, Hank Thompson, released one of the most popular songs in country music history in 1952, namely, “The Wild Side of Life.” The song and especially the following lyric “I didn’t know God made honky tonk angels” inspired the Kitty Wells answer song “It Wasn’t God Who Made Honky Tonk Angels.”

Wells’ lyrics directly address what Thompson sings about, namely: “I didn’t know that God made honky tonk angels.” She sings in reply: “It wasn’t God who made honky tonk angels, as you said in the words of your song. Too many times married men think they’re still single. And that’s caused many a good girl to go wrong.”

The Wells song became the first number one hit on the Billboard chart for a solo female artist and has been credited with creating opportunities for other country stars like Patsy Cline, Dolly Parton, and Loretta Lynn. Wells’ success also brought its own set of problems, however. The song was banned from NBC radio and Wells was barred from performing it at the Grand Ole Opry.

Some answer songs use more than one famous tune for inspiration. In the case of Lynyrd Skynyrd’s “Sweet Home Alabama”, the lyrics were written in response to two of Neil Young’s songs: “Southern Man” and “Alabama.” “Sweet Home Alabama” name-checks Young in the lyrics: “Well, I heard Mister Young sing about her. Well, I heard ol’ Neil put her down. Well, I hope Neil Young will remember. A Southern man don’t need him around anyhow.”

In 1980, singer songwriter Warren Zevon took it upon himself to write a musical response to “Sweet Home Alabama” and the result was “Play It All Night Long.” Zevon’s wit and dry sense of humor shines throughout the lyrics in which he refers to the ‘southern life’ as being bleak and poor. It is also the only song (in popular music) that refers to brucellosis.

Michael Jackson will forever be one of the most famous music superstars that ever lived. His songs include massive hits like “Thriller”, “Rock With You”, “I’ll Be There”, and of course “Billie Jean”. After “Billie Jean” was released in 1983, Jackson said that the lyrics were based on false claims made by groupies about his brothers while they were on tour.

Later that same year, American pop singer Lydia Murdock released a scathing answer song called “Superstar”. The lyrics include: “I’m Billie Jean and I’m mad as hell” and “You can’t love a woman and push her aside.” This song led to short-lived fame for Murdock and peaked at number 14 in UK in 1983.

In 1993, Nirvana released “I Hate Myself and Want to Die” on the compilation album, The Beavis and Butt-Head Experience. The official release of the single was cancelled after Kurt Cobain’s death in 1994 and was eventually released on vinyl in 2014 after which it reached number 1 on the Billboard Hot Singles Sales chart. The song was never performed live.

Noel Gallagher, from Oasis, felt inspired to write a positive answer song the following year called “Live Forever”. He explained that he was struck by the fact that an extremely talented and popular guy like Cobain wrote lyrics about hating himself and wanting to die, while Gallagher himself wanted to ‘live forever.’ Oasis released “Live Forever” in August 1994, and it became the band’s first single to enter the top ten in the UK.

After the 2017 Manchester Arena terror attack, Liam Gallagher and Chris Martin of Coldplay performed the song at the One Love Manchester tribute show.

Hank Ballard and the Midnighters started something with “Work With Me Annie” and its sequel “Annie Had a Baby” in 1954. These two singles spawned a horde of answer songs including “Annie’s Answer” by the El-Dorados and “I’m the Father of Annie’s Baby” by Danny Taylor.

Etta James recorded her very own response to the original song in 1955 in the form of “Wallflower” which is also known as “Roll with Me, Henry.” James’ version was thought to be too risqué for radio stations with lyrics such as “Hey baby, what do I have to do to make you love me too. You’ve got to roll with me Henry, alright baby.”

Even though the lyrics clearly refer to dancing, many believed that it held a sexual connotation as well. When it was covered by Georgia Gibbs that same year, the title was changed to “Dance With Me Henry” to make it acceptable for radio airplay.

The Midnighters got the last say however when they closed out 1955 with ‘an answer to the answer’ called “Henry’s Got Flat Feet (Can’t Dance No More)”.

TLC was one of the most popular American girl groups during the nineties. Their super hits included “Creep”, “Unpretty”, “Waterfalls” and the somewhat divisive “No Scrubs”. To go with the release of “No Scrubs” in 1999, TLC shot a futuristic music video, and the rest is music history. The song became the group’s third number one single and won 2 Grammy awards following TLC’s 4-year hiatus.

Naturally, some other artists weren’t about to take the ‘diss’ lying down. One group in particular, Sporty Thievz, released an answer song “No Pigeons” that peaked at number 12 on the US Billboard Hot 100 around the same time that “No Scrubs” was getting all the major attention.

“No Pigeons” was originally called “No Vultures” with the title changed to avoid causing extreme offense. The term ‘pigeon’ has also been used in other Sporty Thievz songs including “Cheapskate” and the remix “Even Cheaper.”

The “No Pigeons” lyrics include “… I don’t want no Pigeons, them be them girls who gets no dubs from me. Playin’ the bar dumb broke wit her best friend’s coat, tryin’ to holler at me”.

Sometimes urban legends make their way into music as is the case with the Phil Collins song, “In The Air Tonight”. Legend has it that the opening lines describe a drowning that was in progress and someone standing close enough to the scene to help but doesn’t. Also, Collins apparently took it all in from a distance that was too far away to help. This of course isn’t true and Collins himself denied it as well, but the legend also made its way into another song; “Stan” by Ellen DegeneresEminem.

Then the Pet Shop Boys decided to name drop “Stan” in their 2002 song “The Night I Fell In Love” by singing “Then he joked “hey man, your name isn’t Stan, is it? We should be together!”” The song tells the story of a homosexual encounter between a teenaged boy and the rapper he idolizes. Because of the name “Stan”, the consensus is that the rapper referenced in the song is Eminem.

“Oh, I promise I didn’t know he was your man
I would’ve noticed a gold wedding band, Diane
I’d rather you hate me than not understand,
Oh Diane”

These lyrics seem like it could belong to any country song, until you realize they were written as a reply to Dolly Parton’s infamous “Jolene.”

The song, according to country artist Cam, is “the apology so many spouses deserve, but never get.” It tells the story of Jolene coming forward to tell Diane that she never knew the man in question was married.

While the song was mainly inspired by “Jolene”, some of the inspiration also came from a friend of Cam’s real-life situation. When she was nine years old, her father came home and told her that his secretary was pregnant and that he would be leaving her mother to go and live with his mistress.

Answer songs don’t always have to come from a different band or artist. The members of Fleetwood Mac took it upon themselves to answer one another in song. One of many examples of this is when Stevie Nicks wrote “Dreams” which is about the breakup between her and Lindsey Buckingham. The upbeat song is included on the band’s 1977 Rumors album.

Buckingham had a swift reply in the form of “Go Your Own Way” which can also be found on the album. Nicks later said that she ‘wanted to go over and kill him’ every time the song was played on stage.

Buckingham explained he was initially inspired by “Street Fighting Man” by the Rolling Stones but ended writing the lyrics as the beginning of a conversation with Nicks to help him move forward after their breakup.

The Rolling Stones also inspired another band with their song “Sympathy for the Devil”. The song was released in 1968 with Jagger singing in the first person as the Devil and referencing tragedies and atrocities throughout history and blaming it squarely on humans:

“Stuck around St. Petersburg
When I saw it was a time for a change
Killed Tsar and his ministers
Anastasia screamed in vain”

Rock band, OK Go, wrote an answer song titled “Good Idea At The Time” which was released in 2005. Some fans of the song believe it was written as a follow up ‘tribute’ to the Stones’ original, whereas others are of the opinion that OK Go’s lyrics tries to take some blame away from humankind for all the tragedy that has befallen the world and places it back within the devil’s court:

“True about my taste; true about my wealth.
The thing about St. Petersburg:
I was never there myself, so come on.
Anastasia might have cried all night, I couldn’t say myself,
So come on, yeah, come on.”