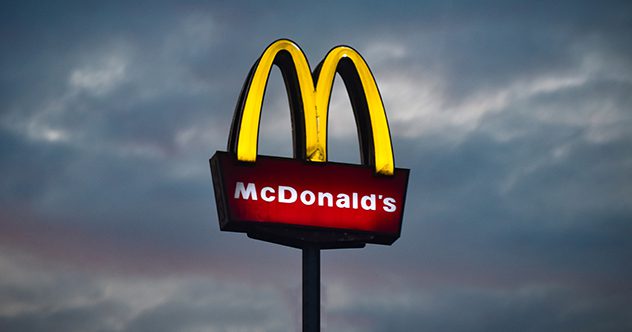 If you decide to become a world traveler, you will quickly surmise that despite having the same needs and many wants, people have developed different ways of satisfying these desires. We take certain things for granted when we see or do them everyday. But when you leave your home base and connect with a different cultural lifestyle, you will encounter some things that are very different from home! Sometimes it’s weird; but mostly it’s very fun. Here are 10 things that are very different from living in the USA.

If you’ve ever been anywhere in Europe and sat down to watch TV for a bit, there’s a good chance you have noticed differences, outside of possible language barriers, in the formatting. Not only do they do advertising in hour-long chunks of time instead of repeatedly interrupting the show or movie (Great call! You can make a meal and clean up and not miss any of your beloved programs.), you may have noticed some commercials missing from the line up like automobiles and pharma advertising. That’s because outside of the USA and New Zealand, it is illegal in most countries for Pharmaceutical companies to participate in direct to consumer marketing, including airing commercials.

It’s a breath of fresh air not to hear all of the potential side effects that can come with trying to delay hair loss to managing depression to any variety of ailments. The side effects almost always sound worse than the original problem. So many of them seem to involve possible death or cancers. If you really think about it, it becomes very bizarre and it’s easy to wonder why it would be legal anywhere. It’s very reminiscent of old school snake oil salesmen! It would be a more sensible world if they were only marketing to doctors and other medical practitioners.

That convenient thing in your kitchen sink that chops up your unwanted vegetable ends and rotting fruit, and fingers if you’re not careful, isn’t as environmentally friendly as you may believe it to be. It has a big impact on often very dated sewage systems that can easily become clogged by the fibrous refuse. And many people put things down the disposal that shouldn’t be going down either. You probably discover this the hard way if you had pipes clogged by coffee grounds or eggshells. All of that water is recycled and reused via treatment plants. Think about all of the stuff you have washed down the sink, disposal or not, without considering it was going back into the water supply. Treatment can only remove so much, it’s not a perfect purifier!

An Australia study has shown that sending food down the disposal is potentially three times worse than just sending it to a landfill. And they are banned in many European countries. Even New York City has been having an internal battle over whether to continue permitting them or not!

We all know by now that when we go to check out at the supermarket or grocery store that the price is going to be higher than the price we calculated along our journey. We know that tax is coming, sometimes even surprise additional charges! And most of us just don’t want to do that math, or don’t even know what the percentage is. So you hand that card or cash over with a sigh when that extra few to many dollars are added on.

There’s a better way! In the EU, there are no surprises. The price tags are required to reflect any and all charges, including tax, on the price tag on the product or the shelf. How refreshing! Sellers are also not allowed to charge extra when you use a credit or debit card. Maybe it’s time for the USA to start adopting some practices of many of our former homeland!

How many times have you asked for the larger size at the drive-thru or counter, especially at a fast food restaurant? It has probably happened at least once. French fries are admittedly pretty amazing. It would be hard to believe that we don’t all thoroughly scour the bottom of the bag for stray fries. It’s part of the culture and the joy of fries!

But according to many Europeans, it’s a weird part of our culture that they just can’t understand. Portion sizes for all meals in other countries are typically smaller than our regularly sized meals. So supersizing anything seems pretty crazy. It makes sense that obesity is on the rise with massive meal sizes. If freedom means doing anything you want, you have to accept the consequences that come with it.

Guilty! “How are you?” is a very common replacement for “Hello.” in the US. You most likely hear it and say it several times a day. Well, at least when we’re not hiding indoors from a pandemic. You’re walking down the street and you make eye contact with a stranger, smile, and out it comes. The reply is likely identical. No answer to the question is expected or anticipated and it would probably be a surprise if you got one.

Well, elsewhere, like in Europe, you would likely receive a full monologue answer about someone’s day. They would likewise expect a similar reply from you and find it rude if they didn’t get it. So if you travel to Europe, beat using a simple “hello” as a greeting into your memory unless you want to have a lot of unexpected conversations!

How many Cokes do you drink with one meal? You pay for one and can drink as many as you want. A sizable number of us are guilty of drinking at least two, if not more. They offer, why refuse? We probably already said yes to the super-sized meal, might as well go full tilt!

This is another common practice in the US that you will not experience many other places. In most other countries, especially throughout Europe, you are expected to pay for everything you imbibe. So don’t be surprised when the final bill reflects those six colas you drank. They’re also bewildered by the amount of ice we expect in our beverages.

The iconic red solo cup even has a song about it in the US! Toby Keith—Red Solo Cup (Unedited Version) The fact that it has over 61 million views should tell you how popular these precious cups are. It explains everything you need to know about this easy to stock, disposable dish we very likely all have stacked somewhere in our kitchen or pantry ready to be put in action at a moment’s notice.

But the fame of the cups stays within the borders of the USA. It is unlikely you will be able to find these revered beer receptacles outside out the states. This is probably partly because it is less likely you’ll need to conceal something you shouldn’t be drinking in public elsewhere since most countries have more slack to their alcohol regulations.

The rate at which we tip in the US, or even tip at all, is mind blowing to most foreigners. The idea that an employee’s salary comes directly from a customer makes no sense to most foreign travelers. And what if the service is bad or rude? Realistically, you are still expected to leave something. We are very accustomed to just shelling it out! In Europe, they include the service fee into the price of the meal. And in Japan and South Korea, tips are viewed as insults. So when they visit the US, the expectation of a tip can be an expensive surprise.

Have you ever traveled and had someone look very confused and hand your money back to you after you attempted to tip them? Experience has taught the author not to tip taxi drivers in some parts of Central America. It’s probably a good idea to do a little research on the tipping customs on your travel destination so you don’t offend someone.

What would we do without our to-go coffees when we’re rushing to work or having an afternoon break? There’s no way Starbucks and Dunkin’ Donuts would be such a phenomenon without that precious black gold we can grab from the windows of our cars. If anything in this nation actually unifies us, it is our love of and desperation for convenience. We want it now and as exactly as we ask for it. Nothing is done better that way, or more symbolic of that cultural attitude, than our coffee on the run.

But this is opposite so many other places in the world where coffee is meant to be a leisure activity to be savored from a ceramic cup (not plastic or styrofoam) over a conversation with a friend or a sitting solo through a euphoric concerto. In Italy, the birthplace of espresso, for example, coffee is a ritual done quickly and in the place of service, not an on the run event with no meaning beyond that energy kick. Psssst, get a French press and make it at home …you’ll never buy to-go again! It’s as quick as making tea, much tastier than an automatic drip machine, and you can tweak it any way you desire.

1 Having Huge Gaps Under Stalls in Public Bathrooms

They can see you! Most of us have likely had this thought at one time or another. It’s pretty safe to assume no one actually enjoys using a public restroom. And if you’re a woman at an event, chances are you’ll be standing in a very long line before you can even get to the toilet. It’s an unfortunate necessity sometimes. But when you gotta go, you gotta go! Those significant gaps between the door and the walls and the door and the floor don’t do anything to make the situation more comfortable either. You can see the people shuffling outside on their way to another stall and clearly see your neighbor’s legs and feet in this vulnerable moment. It really doesn’t create an atmosphere of comfort.

In Europe, if you need a public restroom, you’ll be fully encased and out of view of the public! The partitions go all the way to the floor and there are no unsightly gaps between the door and the walls. But expect to pay a small fee to use this restroom. And no, this isn’t a privacy fee. It is a maintenance, which is more than fair if you really think about it. Maybe American restrooms would be a bit cleaner with a fee?! You may encounter a bidet (in Japan also) instead of toilet paper too. It is a preferred method of self sanitation in different places around the world and truly cuts down on waste. Plus you are expected to throw the used toilet paper in the waste bin in many places instead of flushing it.