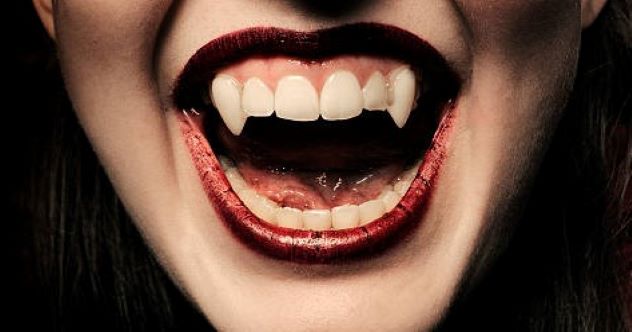 Legends of mythical monsters and creatures have sent chills down spines for hundreds of years. So intertwined have these stories become with everyday life that tragic incidents are sometimes blamed on these legendary creatures. For instance, the deaths of nine skiers on Dyatlov Pass were, for a long time, thought to be the handiwork of abominable snowmen living in the northern Urals. Likewise, when two young girls tried to stab their friend to death in a forest in Wisconsin, they blamed the mythical Slender Man, claiming they had been forced to commit the crime to prevent Slender Man from harming their families.

On this list are more devastating incidents that have, to some extent at least, been blamed on creatures of folklore.

Ever since the infamous Gimlin footage made headlines in 1967, there has been a horde of Bigfoot sightings in the U.S. despite experts dismissing the entire concept as being either a hoax or simply ludicrous.

In 1987, things took a turn for the tragic when 16-year-old Theresa Ann Bier apparently decided to skip school and go Bigfoot hunting in the Sierra Nevada mountains in California on June 1. Accompanying her was 43-year-old Russell Welch, who returned from the outing alone. Theresa was reported missing, and when authorities inevitably questioned Russell, he claimed that he last saw the teenager on June 2, after they’d both encountered Bigfoot and she chased after it. According to Russell, Bigfoot had abducted Theresa. He also changed his story several times, adding more and more details to it.

Not believing the story for one second, police arrested Russell Welch on June 11th but had to release him when no sufficient evidence against him could be found. A thorough search that included sniffer dogs in the area where Theresa was last seen yielded no success other than discovering what was believed to be her purse and scraps of her clothing.

To date, no one has been prosecuted for her disappearance, and her fate remains a mystery.[1]

In December 2013, 12-year-old Siyabonga Masango left his home to play soccer with his friends. A while later, the heat led to the boys deciding to go swimming in a tributary of the Sabie River in Mpumalanga, South Africa.

A man washing his car nearby saw Siyabonga being pulled into the water and rushed over to help. Unfortunately, they couldn’t see or find him inside the water. Police divers searched for two weeks but also couldn’t locate the boy, believing that he had drowned after being attacked by a crocodile.

Siyabonga’s family was not convinced, believing instead that a mermaid had taken their son but that he would be “released”’ in time to go to school. The family also performed rituals to ensure that this would be the case. Siyabonga was never found, however, and his ultimate fate remains unknown.[2] 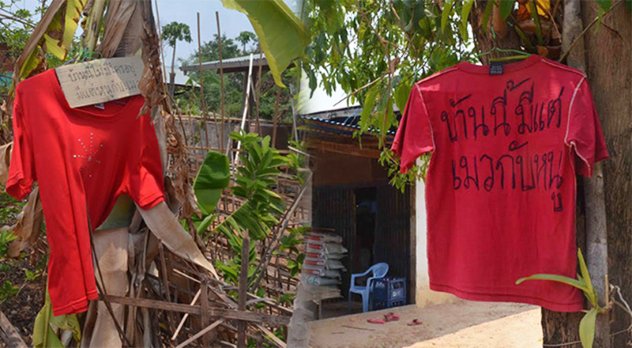 In June 2018, two men in the Thai village of Tambon Dong Yai in Nakhon Ratchasima’s Phimai district died in their sleep. Concerned residents set off to the local medium to hold a rite and call up spirits for an explanation. According to the medium, the ghost of a widow told her that she wanted to kill four men in the village, and as she’d already taken the lives of two, two more would soon follow.

Upon hearing this, several villagers hung a red shirt in front of their homes, hoping that it would keep the ghost away. Some even added a note stating that there were no men in their house, only pets.

Apparently, no other men suffered the same fate as the first two after the red shirts were displayed outside houses.[3]

The disappearance of Amelia Earhart spawned a slew of conspiracy theories even after the Navy officially concluded that Earhart and her navigator Fred Noonan had most likely run out of fuel, after which they crashed into the Pacific Ocean and drowned.

These theories ranged from Earhart and Noonan landing on Nikumaroro and living as castaways until they died, being taken prisoner by the Japanese, or that they were eaten by coconut crabs after crashing somewhere near Howland Island.

Naturally, there would also be a far stranger theory in the mix, with some believing that Earhart was taken by aliens on the day she was to land on Howland Island and sent to a wormhole where she was left in suspended animation.

A version of this theory was included in the popular anthology horror series, American Horror Story, in which a character claims to be Amelia Earhart and makes contact with aliens.[4]

Demons and evil forces are prominently featured in folklore, mythology, fiction, occultism, and religion. Going hand-in-hand with these stories are tales of demon possession and exorcism. In modern times, many crimes have been blamed on demons and evil creatures.

In 2016, Aljar Swartz admitted killing and beheading 15-year-old Lee Adams and burying her head in his backyard in Cape Town, South Africa. It was only after his trial, and after psychiatrists and psychologists found him mentally stable, that Swartz’s lawyer suddenly announced that his client was demon-possessed and requested for an exorcism to take place in Swartz’s prison cell where he was awaiting sentencing.

The lawyer also insisted on getting a retired Methodist minister to perform the exorcism after Swartz allegedly told him that a demon in the form of a black lizard appeared to him in his cell and tormented him. Swartz also said that the lizard would crawl into his chest and “control” him. The lawyer argued that his client was a “vessel” and “instrument in the hand of the devil” and could not be held accountable for Lee’s murder.

The court eventually found that Swartz murdered Lee Adams for the purpose of selling her head to a sangoma—a practitioner of herbal medicine, divination, and counseling in some traditional South African societies. He was sentenced to 22 years in prison.[5]

5 By Order of the Vampire Queen

In 2002, 22-year-old Allan Menzies murdered his 21-year-old friend, Thomas McKendrick. Menzies then ate part of his head, drank his blood, and buried him in a shallow grave. During his murder trial, Menzies stated that Akasha, the “Vampire Queen” in the film The Queen of the Damned, had repeatedly instructed him to kill his friend. He also said that he’d watched the film more than 100 times and that Akasha told him if he murdered people, she would reward him by turning him into an immortal.

Menzies further said that he’d made up his mind to kill McKendrick after McKendrick insulted Akasha. He also believed that he was indeed a vampire after the murder and said he didn’t really “feel anything” after McKendrick died.

Menzies was handed a life sentence for the crime in 2003 but was found dead in his prison cell in 2004. It is believed that he committed suicide.[6]

4 Monster Behind the Mystery

Originating from Norwegian folklore, the Kraken is one of the most feared mythologic beasts. Legend has it that the monster was so big that sailors would often mistake it for an island and try to land on it, only to be dragged to a watery grave. Respected zoologist Carl Von Linné listed the Kraken as a real creature in Systema Naturae. Many believe that such a monster truly existed after Ichthyosaur bones were found in a pattern similar to how octopuses place bones when they’re done with their meal.

Colliding with another mystery, the Kraken has been blamed for the mysterious disappearances of boats and planes in the Bermuda Triangle. Some believe that a super-intelligent Kraken lurks in the depths of the triangle and “feeds” on ships and aircraft.

The Kraken has even been blamed for the Mary Celeste disappearance, even though the legendary ship vanished in a completely different part of the sea.[7]

The Higginson Highway in Chatsworth, Durban, South Africa, is notorious for fatal accidents. Here, rocks are often hurled at cars from overhead bridges, after which injured motorists are robbed of their belongings. At other times, drivers lose control of their vehicles and veer off the highway, rolling down the embankment. Sometimes head-on collisions lead to tragic deaths.

Many of these accidents have been attributed to the highway’s resident ghost, aptly named Highway Sheila. Being the restless spirit that she is, it is believed that Sheila has a “quota of lives” to fulfill each year, and she achieves this goal by appearing in the middle of the road, causing drivers to swerve, leading to often-fatal accidents.

Recently, a young Metro police officer and his family were traveling home late at night on the Higginson Highway when he almost hit a woman in white standing in the middle of the lane. They were all terrified by the incident but believed that God had saved them from harm.[8]

Filling several pages of Algonquian books on legendary creatures, tales of the Wendigo describe the creature as a humanoid cannibal with antlers who feasts on human flesh to survive harsh and cold climates. Legend has it that the first-ever Wendigo was a hunter who got lost in the wild during winter and was driven to cannibalism to survive. This saw him morph into a Wendigo, doomed to roam the forest in search of more victims.

In the 1800s, a Cree man named Swift Runner slowly became addicted to alcohol, got fired from his job as a guide for the North West Mounted Police, and became increasingly violent as time passed. In 1878, Swift Runner led his wife, six children, mother-in-law, and brother into the woods, killed them, and ate them.

Police found broken hollowed-out bones in the woods as well as a pot of human fat and arrested Swift Runner. He told police that he had been possessed by a Wendigo, which led to him committing the massacre.

No one believed him and Swift Runner was found guilty, sentenced to death, and executed in December 1879.[9]

Described in Caribbean folklore as a 75-foot half-dragon, half-octopus, the lusca is a sea monster said to inhabit the waters surrounding Andros island in the Bahamas. Some versions of the tale say that the creature sports the head and torso of a shark and the lower body of an octopus.

One theory has it that the lusca, or lurking Leviathan as it’s sometimes called, is the ghost of a woman who drowned and was turned into a beast. Another says that a lusca is a mermaid or siren put on Earth by nymphs to lure sailors to their death.

The TV show, River Monsters, aired an episode dedicated to the lusca monster, which explores the possibility that the creature could be responsible for the disappearance of a number of swimmers exploring the blue holes surrounding Andros. The missing people include 38-year-old Liu Guandong, Wesley Bell, and 72-year-old John William Batchelor. Batchelor’s boat has been found, but he remains missing.[10]