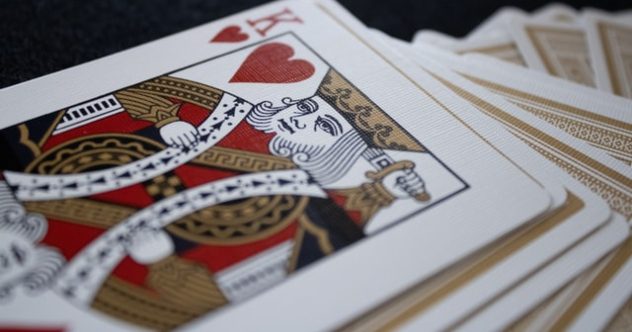 It’s just a “thing” that happens—it doesn’t matter if they’re in the public eye or not. Rulers love to kill their wives and get away with it. I mean, it’s not just rulers. People kill people every day, unfortunately.

Yet, when it’s a leader who’s doing the deed, history loves to turn the image of their rule into a blood-stained epic adventure, filled with triumphs, egomaniacal escapades, all climaxing at wife killing.

And you know where all that glory got them? On this top ten list. Here are the top ten rulers who killed their wives.

Related: 10 Monarchs Who Executed Their Sons

King Henry VIII is a celebrity on this list. He is the OG king-gone-wife-murderer. He not only killed two of his wives and many family members but was also known for his six marriages and the plethora of mistresses who occupied his bed.

The 16th-century English King was also known for his divorce from Queen Katherine of Aragon, who refused the divorce he wanted. The Roman Catholic church would not allow it. So King Henry only did what you would expect a king to do. He separated himself from the Church and created his own church. It makes sense, right?

The first of his wives to be sentenced to death was Anne Boleyn, whom he courted for six long years. She is also the reason why King Henry VIII wanted a divorce in the first place.

During this time, Anne’s sister Mary, also his mistress, had birthed two children, one a daughter and the next a son. Unfortunately, these children were illegitimate and considered bastards with no claim to the throne. Anne only gave King Henry VIII a girl, Elizabeth, which was a big disappointment to him. After the birth of Elizabeth, it became clear to him that Anne would not produce a son. Because of this reason—and a few more—King Henry VIII had her beheaded on May 19, 1536, at 35 years old. She was convicted of treason and having affairs with five men.

The next wife to make it on King Henry VIII’s chopping block was Catherine Howard. Catherine was the cousin of Anne Boleyn. She was Queen from 1540 to 1541 as the fifth wife of King Henry before being executed and beheaded on February 13, 1542. He accused her of adultery.

Catherine did manage to throw some major shade the king’s way before she died. Her last words, spoken from the scaffold, were, “I die a Queen, but I would rather die the wife of Thomas Culpeper.” Culpeper was a close friend to the king and related to her.

King Herod the Great (not the Herod during the life of Jesus Christ) sits in the annals of history as King of Judea from 37 BC to 4 BC. He killed one of his wives, Mariamme, who was the granddaughter of a former Judean High Priest, along with their two sons, Mariamme’s brother, grandfather, and mother.

Herod had eight other wives and children with six of them, fathering a total of 14 children. Mariamme was executed in 29 BC over accusations of adultery and having tried to kill the King. Go figure. I guess he beat her to the punchline.

Between the years AD 54 and AD 68, the Roman Empire was ruled by “666” himself: Nero. His original name was Lucius Domitius Ahenobarbus, and he was the fifth Roman Emperor and the stepson and heir of Emperor Claudius.

Within 35 months, he would dramatically change from the type of ruler who at first disliked signing death warrants to ordering his mother’s death in AD 59. She wasn’t that innocent, though. Agrippina was intense, to say the least.

But back to Nero.

Nero beat his wife regularly and finally murdered her after falling in love with Poppaea Sabina, a senator’s young (ex)wife. Nero also killed his stepbrother and his stepbrother’s wife and mother. On top of that, people believed he was the one who had set fire to Rome even though he was miles upon miles away. Nero, in turn, tried to blame it on the Christians.

Nero’s name has become synonymous with evil, primarily known for persecuting Christians and killing his wife. He committed suicide in AD 68.

Diving into fiction here, one of the best examples of a ruler killing his wife, although in this case, it’s unintentional, is King Claudius. King Claudius is Hamlet’s uncle and the main antagonist of the Shakespearian tragedy Hamlet. Hamlet’s mother, Gertrude, drinks from a cup of poison Claudius intends to give to Hamlet. Claudius did protest (the equivalent of a half-hearted, “No, don’t”), but instead of actually taking the chalice away from her, he just let her drink it.

The only people who survive in that play are Horatio and Fortinbras.

In 1998, the mayor of Lanett, Alabama, murdered his wife, Charlotte. His initial story—that he was at work all day when he got the call from his daughter that her mother was dead—was pretty convincing. Convincing enough to send authorities on a wild goose chase. Officials never found a decent suspect, so the case went on the back burner for three years…until re-election season.

Waites’s running mate claimed that Waites was the one who killed Charlotte, strangled her, beat her, and threw her so hard that she sustained a life-threatening head injury. Eventually, police learned that Waites was in severe financial trouble, had cheated his two daughters after Charlotte’s death, and, surprise, killed his late wife.

Also known as Bad King John, you might recognize this King of England from Robin Hood fame. But the story and movies don’t do justice to how cruel the guy actually was.

While his brother, Richard the Lionheart, was away fighting the armies of Islam, John hooked up with France’s King Philip Augustus so he could steal England’s crown for himself. However, under the pressure of high-ranking rebels, King John signed the “Magna Carta” in 1215, a document that limited the powers of England’s monarchs.

Many of the novels surrounding his rule bring up the fact that he would rape his wives. But it gets worse. He was a straight-up murderer and murdered quite a few people. He even starved his wife to death along with 22 knights inside of Dorset’s Corfe Castle and ordered the murder of his nephew.

King John was the youngest and favorite son of King Henry II. According to “tales,” he died from eating a surfeit of peaches. However, he most likely died from dysentery in 1216, covered in his own excrement.

He did have a weakness, though: omens.

Afzal Khan was preparing for a military campaign against the Maratha Ruler when he consulted astrologers to tell him how it would go. Their answer: not well. There was doom in the air. Fearing that his wives would remarry after he died in battle, Khan ordered their execution. We still aren’t sure if they were pushed down a well or slain by his own hands.

The astrologers weren’t wrong, though. Afzal Khan did die in this battle.

It may be fiction, but the dead wives of ruler King Shahryar are essentially the catalyst to 1,001 Nights. Queen Shahrazad is the daughter of the king’s vizier and the storyteller of 1,001 Nights. Even though she goes against her father’s wishes, she marries the king, who has vowed to kill a new bride every morning.

Why? Because he was jilted once. Now he believes that every woman he marries will do him wrong. So instead of, you know, getting over it, he executes his brides. Enter Shahrazad, who, each night, tells him a story, ending in a cliffhanger so compelling that the king keeps her alive so she can finish the story the next night.

At the end of the 1,001 nights of storytelling, the king is a new, gentler man whose faith in women has been restored. But let’s not forget that he killed lots of women before this.

This is a death-by-association situation.

Gaius Caesar Germanicus, also known as Caligula, was a pretty awful emperor. He was a ruthless murderer who believed he was a living god. He kind of resembled a goat (which is why he prohibited people from speaking about goats near him) and supposedly fed a few members of a gladiatorial game’s crowd to the animals.

To be fair, the Emperor before him, Tiberius, did imprison Caligula’s mother and two brothers. His mother and one of his brothers starved to death. The other brother committed suicide. On top of that, he suffered an illness that supposedly changed his personality.

Anyway, long story short, after four marriages, forcing parents to watch the executions of their children, and a brief and wild rule over the Roman Empire, Caligula was assassinated. A group of Romans attacked him after a public sporting event and stabbed him 30 times (more than Caesar). The mob then murdered Caligula’s fourth wife, to whom he was still married at the time, and his daughter.

As our last ruler, let’s switch it up. How about a ruler killing their husband?

Wu Zetain was the first and only woman to have sat on the throne of China. Born in AD 624, she started out as a concubine to the Tang Emperor Taizong. Because she knew what she was doing, she seduced the Emperor’s son while the current Emperor was dying. When he finally kicked, she was sent to a monastery like all concubines when the Emperor died.

Yet, while there, the new Emperor Li Zhi visited her at the monastery. He was overcome by her fierce and robust spirit and her impressive knowledge so much that the new Emperor brought her back to court as his special counselor.

Now, Zetain was an incredibly effective leader and particularly ruthless. She did not appreciate criticism, nor did she like people threatening her power. She ordered the execution of two princes who were against her (heads chopped off and brought to the palace), the suicides of her granddaughter and grandson, wiped out members of the Tang clan, and supposedly poisoned her husband.

Zetain knew what she was doing from the beginning, and I’m sure that “poison husband” was part of the plan.