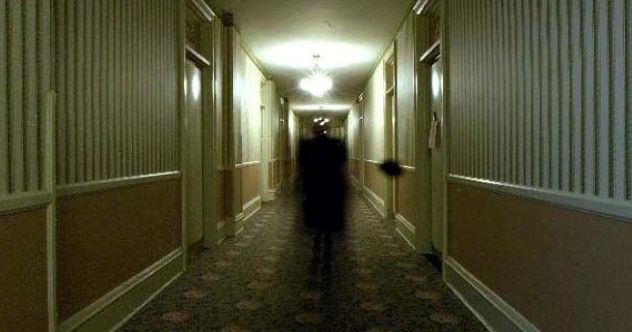 A place that has seen a lot of bloodshed can sometimes become a haunted space. And around the world, many of these locations have a bloody history and are now said to be haunted. In this list are the top ten most haunted rooms in the world.

Related: 10 Most Haunted Buildings In New York City And Their Backstories

The Vulcan Hotel is a New Zealand historical institution. It was built in the 19th century in Central Otago during the gold mining boom in the area. Now it is a popular spot for ghost hunters and those interested in the paranormal.

This is because Vulcan Hotel’s Room One has quite a dark history. It is said to be the home of the spirit Rose, a prostitute who was strangled in the room’s bed in the late 19th century.

There have been reports of flickering lights, cold spots, doors creaking, phantom footsteps, groaning sounds, appliances turning on by themselves, and doors locking.

But the strange thing is, Rose is said to only haunt men. Perhaps due to the gender of her murderer, she now seeks revenge on all men. Men who stay in Room One have reported waking up in the middle of the night with the feeling of someone pressing down on them and fingers wrapping around their throat.[1]

Old Melbourne Gaol served as a prison for eighty years, where it saw tens of thousands of prisoners incarcerated and over a hundred executions.

The most haunted cell in this prison is the infamous Cell 17, which has been called the epicenter of the supernatural presence in this place. There have been reports of people who have entered the cell being overcome with the feeling of someone grabbing their throat and being unable to breathe. Others have reported the feeling of being stroked, having their clothes pulled and tugged, and being scratched.

One harrowing experience comes from a woman who was curious about the haunted legacy of cell 17, so she shut herself in there by herself during a tour of the prison. After a while, she turned to leave as nothing paranormal had happened, but when she went to reach for the door, she felt herself being tugged back by the neck. Looking down, she discovered that her necklace’s chain had been snapped in two.[2]

The prison has a very dark history with people as young as ten being sent there for criminal behavior. Some prisoners committed suicide within the prison’s walls due to very harsh and poor conditions.

If horror movies have taught us anything, it is that the spooky ghost or monster is always lurking in the basement. And this rings true for the Newton House, often called one of the most haunted houses in Britain.

The servants’ basement is seen as one of the most haunted spots in the house, with numerous reported paranormal sightings. One ghost, in particular, has been sighted several times, that being Walter the Butler, who used to work in the Newton House. People report smelling tobacco in the basement, hearing voices, and the lights flickering by themselves.

Felbrigg Hall is a stately home built in the 17th century within the beautiful parklands of North Norfolk. But hidden within all that beauty is a rather dark past.

The library is said to be haunted by William Windham, who lived in Felbrigg Hall. William had a deep passion for books and spent a lot of his time in this beautiful library designed by Thomas Paine, the famous English philosopher.

One night, in 1809, he was riding home to discover that a nearby home of a friend was on fire. He remembered that his friend had a valuable book collection and rushed to help save the books. But as he was aiding his friend, he fell on his hip, bruising it. This bruise ended up becoming a tumor, which he ultimately died from when they tried to operate on it—as operations were even riskier back in the day.

His body was buried near Felbrigg Hall at Felbrigg church. It is reported by some that his ghost can be seen haunting the shadows of the Gothic Library late at night. Most often, he can be seen standing by the table with his favorite books laid out or by the fireplace.[4]

One of the most haunted places in San Francisco is the Queen Anne Hotel. In the late 19th century, it was once a girl’s boarding school and home to a Miss Mary Lake. Mary was the headmistress of the school. A rumor started that she was having an affair with James Fair, a local senator, a story that persisted even after her death.

Her old office was room 410, and this is said to be the hotspot for hauntings from what many think is Mary Lake’s restless spirit despite her body being buried around 3,000 miles away from the old school. One guest reported waking up on the floor with bedsheets tucked around them after staying in Room 410. Other guests have reported hearing someone singing to them as they try to sleep, being tucked into bed, and having their suitcases unpacked. Mary, it appears, is a rather benevolent and helpful ghost.[5]

In 1900, the Mount Washington Hotel was built by Joseph Stickney. But after opening the doors to the public, Joseph, unfortunately, fell ill and died within a very short time of its grand opening. His widow, Carolyn, ended up remarrying a European prince, but she always returned to her late husband’s hotel every year. She stayed in the same room every time. Room 314. In 1936, Carolyn passed away, and afterward, strange things started to occur at the Mount Washington Hotel.

People reported seeing a woman floating through the hotel at night, lights would flicker, and a strange woman would appear in the background of many people’s photos taken at the hotel.

Room 314, the Princess Suite, is seen as the epicenter of the paranormal activity in the Omni Mount Washington. People have reported waking up and seeing a woman at the end of the bed. She is sometimes simply just sitting quietly; other times, she is slowly unpinning her long hair. Others have woken up and smelled a sweet floral scent throughout the room. The four-poster bed in Room 314 is Carolyn’s original bed. Perhaps she still has some attachment to it,

Paranormal enthusiasts line up for the chance to see the lovely Carolyn by staying in Room 314.[6]

Often called London’s most haunted hotel, the Langham Hotel is said to be haunted not by one ghost but by several.

And perhaps the most haunted room in the hotel is Room 333.

Reports claim that a doctor murdered his wife in Room 333 before taking his own life. And now he remains, haunting people who stay the night in the cursed room. One report from a guest said that he awoke to see a glowing orb that materialized into a man without legs. The legless apparition started to make its way toward the guest, who fled the room in terror. Others have reported the taps turning on by themselves and a malevolent feeling that suffocates as you enter the room.[7]

A myriad of other ghosts may also haunt the halls of the Langham. For example, a butler who tries to help people on the third floor, still trying to carry out his butler duties even in death; a ghost with a hole in their face who wanders the halls; and most interestingly of all, the spirit of Napoleon III, who once stayed at the Langham, now is said to haunt the hotel’s basement.

Said to be one of the most haunted hotels in Sydney, the Russell Hotel has a dark history etched into its very foundation. The hotel itself was built in 1887, but its foundations were once a convicts’ hospital where many people lost their lives, some to a bubonic plague outbreak that battered the area in the 18th century. It was also a house for sailors and is rumored to have once been a brothel.

Its past is also soaked in blood, with murders having taken place within its walls. A sailor was killed by a prostitute in the 19th century, and Senior Constable Henry Murrow met his end while within the hotel. People staying at the hotel have reported hearing footsteps at night, seeing the lights turn off and on by themselves, feeling sudden drops in the temperature, and hearing screams coming from empty rooms.

Though the entire hotel is believed to be haunted, Room 8 has become a hotspot for paranormal activity in this hotel. This was the room where the sailor was murdered. Guests have reported waking up and seeing the slain sailor standing at the foot of their bed. He only appears to lone female guests, though. (Link nine) [8]

Leap Castle in Ireland was built in 1250 (though some sources state the early 1500s) and has been the site of much death over its long history. One spot in the castle, in particular, has seen a lot of misery—the secret dungeon.

A small secret dungeon was discovered under the Bloody Chapel. Accessible through a small trap door, it is hypothesized that prisoners would be dropped inside through the door and left there to die from starvation. This type of dungeon was known as an oubliette, which comes from the French word oublier (to forget). Hundreds of people spent their last moments within this dark space, judging by 150 individual skeletal remains found within the dungeon upon excavation in the early 1900s.

The Bloody Chapel above the dungeon is said to be haunted as well. Namely by an old priest who was murdered by his own brother within the chapel. It is said he now haunts the staircase by the chapel, and people have reported seeing the chapel window’s blazing with bright lights in the dead of night, without anyone inside (link ten). [9]

Leap Castle is often called the most haunted castle in Ireland, and the brave can wander through the Bloody Chapel during their visit if they wish.

Dating back to the 1300s, this notorious castle has an extremely bloody history, and a lot of that blood was shed in its very own Torture Chamber. Running this torture chamber was perhaps one of the most notorious torturers, John Sage. A sadistic man who is said to have gleefully tortured and killed thousands of Scots for the English during his days running chamber in Chillingham Castle. He even invented his own torture devices to use on his victims.

You can visit today and wander around this dark spot in history. The original torture implements are still housed here, including the rack, the barrel (where people were placed in a barrel that had nails sticking out and rolled down the hill), and an Iron Maiden. It is definitely not for the faint of heart.

And stories go that John Sage never left his chamber. Sage’s malevolent spirit is said to still remain within this dark location. Guests report feelings of evil and malice when exploring the chamber. An overwhelming feeling that someone wants to hurt them. People have also reported hearing screams; perhaps the victims of Sage who remain are haunting the place they were tortured in. It is said that Sage was killed by a group of Scots, taking revenge on all he did to their people by hanging him from a tree.[10]