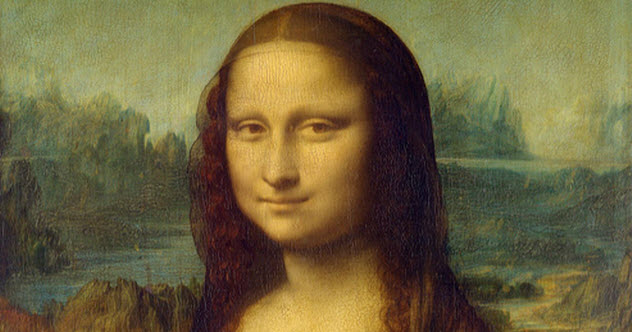 The “Mandela Effect” describes the phenomena in which a group of people all share a collective “false” memory of an event, detail, or occurrence. The phenomenon is attributed to the existence of multiverses and results from the collision of two or more realities merging. It is suggested that there is a dominant reality and that the memories are fragments from the previous shift.

Named after former South African leader Nelson Mandela, the term was used to describe the collective experience in which many believed that he had died in the 1980s while in prison. The fact, however, (at least according to our current reality) is that he was released in 1990 and died at the age of 95 in 2013.

Nowadays, the Mandela effect is used to describe these false memories, details, and occurrences. Could you be from another reality? Keep reading to discover these 10 mind-blowing Mandela effects to see if you remember them correctly…or if you are from out of this universe. Prepare to have your reality shattered!

Perhaps one of the more well-known Mandela effects is that of the “Berenstain Bears,” a popular children’s book franchise. The book series remains well-loved in many children’s memories and even went on to become an animated TV show. However, many remember it as “Berenstein” instead of Berenstain. Within the official records of the Library of Congress, the name of the series has always been “Berenstain Bears,” attributed to the authors Stan and Jan Berenstain.

This caused quite the stir, as many fans swore they knew it as -stein instead of -stain. As the Mandela effect increased in popularity, pictures and old memorabilia began popping up depicting books written as Berenstein. Are these relics from an alternate dimension? Or photoshop?[1]

From anime, video games, toys, and books, the world of mythical creatures called Pokemon exploded thanks to creator Satoshi Tajiri gaining traction from not only Japan but also overseas. The franchise developed a worldwide fanbase with dedicated followers, so it raises some questions when many of these fans claim that Pikachu, one of the most well-known Pokemon, is no longer what it used to be. Specifically, Pikachu’s tail!

Fans have sworn up and down that Pikachu’s tail used to have a red or black stripe. Images depicting Pikachu today do not show a stripe on the tail, which has left many fans who grew up drawing, watching, and playing Pokemon games shaken up!

This can be attributed to the fact that many old internationally released sprite versions of Pikachu from the game versions Red and Blue had black-shadow detailing on the tail. In more recent versions of Pikachu, like the movie Detective Pikachu, some renditions and images depict a black stripe or shadow. Still, many swear that the stripe has always been there. Mandela effect, or just trick of the lighting?[2]

The popular children’s TV show from Warner Bros with characters such as Bugs Bunny, Daffy Duck, and Porky Pig has a fond place in many people’s memories. This American cartoon classic ran from 1930 to 1969, beginning with movie shorts in film theaters and becoming a highlight of America’s animation golden age. In 1960, The Bugs Bunny Show debuted on TV.

The famous line “That’s all, folks!” would close every episode.

However, one little detail about the closing sequence was up for debate. Did it say “Looney Toons” or “Looney Tunes” above that line? Many remember the original as Looney Toons and swear by it. But it has always been Looney Tunes! But why tunes and not toons–it makes more sense, right? Well, Disney produced a series of cartoon shorts in the 1920s titled “Silly Symphonies.” Warner Brothers just used that format for two of their animated shorts: “Looney Tunes” and “Merrie Melodies.” [3]

If you’ve been watching TV for the past 10 years, chances are you’ve seen the commercial for the air freshening spray. Groups of people have alternate memories of the name being “Febreeze,” but today, all evidence in this reality points to it being “Febreze.”

Perhaps we’ve added in an extra “e” because the word “breeze” just seems appropriate for an air freshener. Still, many swear it always had the double “e” instead of just one. Oh, and the maker of Febreze? Procter and Gamble, which has its own Mandela effect as people swear it used to be Proctor and Gamble.[4]

Known for its famous chicken sandwiches, Americans have enjoyed Chick-fil-A since 1967. But many across the U.S. remember the popular food chain to have always been spelled “Chic-fil-A” instead. And throw in another spelling, “Chik-fil-A,” and you’ve got even more confusion—or misremembering. You can easily see how this may have happened after looking at one of their famous taglines: the intentionally misspelled “Eat Mor Chikin” expressed by their mascot cows.

This is one of those Mandela effects that attribute to dimensions being stuck in a motion of “flipping” back and forth. Many have claimed to have seen it frequently change between both and have even caught the discrepancies! Real-time dimension shifting or editing? You decide.[5]

Many recall the chocolate-covered wafer bar “Kit Kat” spelled as “Kit-Kat,” with a dash. However, according to all public records, the logo recalls no dash between its names. People have claimed that the dash used to be there. Reddit user th3allyK4t says, “I was brought up on Kit Kat, and I very clearly recall the day I noticed the dash had gone and thought it sad they changed the logo. Only now I realize they didn’t change it. And I never mistook a dash.”

Whenever “evidence” or the “smoking gun” from other realities bleeds into our current reality, many in the Mandela effect conspiracy world will refer to this as residual traces from an alternate timeline.

Many are convinced that there was once a dash, and there has been proof to better support these convictions from ages past. With proof that it once held a dash between the names, people speculate that in this current reality, they just got rid of the dash a lot earlier. Technically, It has always been Kit Kat after Nestle renamed the candy in 1937 from its original name, “Rowntree’s Chocolate Crisp,” a UK treat. Named after the “Kit-Cat” Club in London, the candy was also known as a Kit-Kat before Nestle began making them. Today, Hershey’s produces the Kit Kat in the U.S., and Nestle sells the KitKat (no space or dash) elsewhere in the world.[6]

The popular Kellogg’s breakfast cereal was originally named “Froot Loops” when it was put out in 1963; however, many have remembered it as “Fruit Loops” instead. To be honest, Kellogg’s introduced “Fruit Loops” in 1959 with three flavors and Toucan Sam as the mascot. However, Kellogg’s was sued over the name as it contained no fruit, so the company renamed the cereal and relaunched it in 1963, where it has been Froot Loops ever since.

This is another one of those Mandela effects that have been claimed to flip and change frequently, as many have complained. Reddit user The_Pudcast says, “I may have experienced a ‘flip flop.’ Wasn’t Froot Loops, Fruit Loops a month or so ago, and now it’s Froot Loops again? When I first started diving into this stuff, I was balls to the wall with it, so I might have gotten my wires crossed.”

Many in the comments have agreed to have similar experiences. How do you remember the sweet breakfast cereal?[7]

People have recalled her expression to be blank. The fact that so many remember this famous painting without a smile is unusual, and believers swear it is more evidence of the Mandela effect phenomena. If the Mona Lisa is smiling in this reality, maybe it’s a good sign.[8] 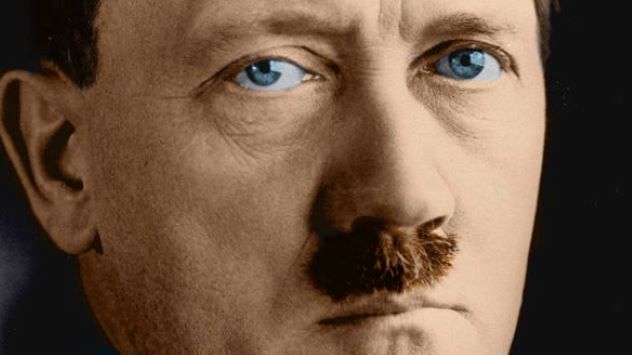 The infamous Austrian-born German dictator Adolf Hitler and his rise to power with the Nazi Party is a subject not likely skipped over in history class. Many remember learning about the war horrors of World War II, specifically about Hitler’s goals for a “master” blond-haired, blue-eyed race. Likewise, many were quick to point out the irony of how Hitler himself had brown eyes, yet he was making such atrocious demands.

It was something many recollected, yet according to Hitler’s medical records, he was noted to have “blue eyes with a faint tinge of gray.” Some of the differences are likely due to many of the photos and videos of Hitler being black and white, but many sources talk about his “extraordinary light blue eyes with a touch of greenish-gray.” [9

But what if I told you that the line wasn’t just wrong, but that it never existed? You read that right; the quote was nowhere to be heard in the movie.

Many attributed the line to the scene in which Morpheus presents our lead Neo, played by Keanu Reeves, with a red pill or blue pill. The original lines were actually, “Do you want to know what it is…” Followed by the classic reveal, “The Matrix is everywhere. It is all around us. Even now, in this very room. You can see it when you look out your window or when you turn on your television. You can feel it when you go to work…when you go to church…when you pay your taxes. It is the world that has been pulled over your eyes to blind you from the truth.”

Still many claim that the line was there originally. Maybe this is some existential proof of our own glitch in the Matrix.[10]