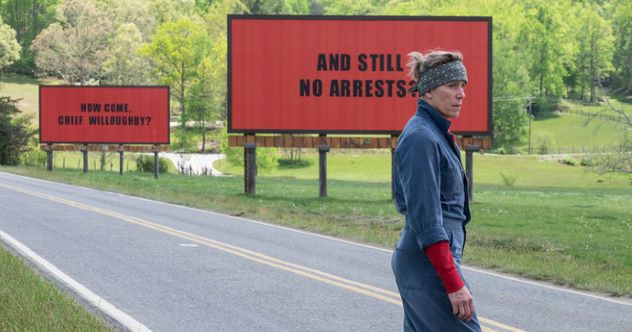 Billboards are a simple yet genius advertising method, using motorists as a captive audience on busy highways.

It is a marketing tool that appeals to businesses and grieving families desperate for closure. The 2017 film Three Billboards Outside Ebbing, Missouri covered this theme. The fictional Mildred Hayes resorts to shaming the local police department into action by placing billboards around the town, detailing her daughter’s unsolved murder.

Director Martin McDonagh dreamed up the idea while traveling around Texas and seeing huge roadside signs placed by the anguished parents of a murdered woman. McDonagh couldn’t recall the exact location of the signs, but they bear striking similarities to the case of Kathy Page in Vidor, Texas.

Since the film’s release, many families have placed their appeals high in the sky, hoping an answer will come from the thundering traffic below.

In 2020, a billboard went up in Santa Ana, California, showing Victoria Barrios in her graduation gown with the words “Who Killed my Daughter?”

The advert cost around $15,000 and was placed by the Barrios family in desperation after a lack of progress in the case. Victoria was 18 when an SUV opened fire in the street and shot her dead. Police believe she was the innocent victim of a gang-related incident. No arrests have been made in the case.

The family have rented several more billboards with the financial backing of local businesses, all hoping to expose the tragic cost of gang violence.[1]

Her mother, Patricia, learned that cheap counterfeit pills made to resemble branded prescription drugs but containing the deadly ingredient are widely available online.

Patricia began a TikTok campaign to warn people of the hidden dangers of the fake pills—often marketed as Oxycontin and Xanax. As part of their campaign, the family rented a billboard in Arlington, Texas, featuring Cassandra’s photo and the words: “One pill, that’s all it took.” [2]

Crowds gathered on a housing estate in Derry, Northern Ireland, on April 18, 2019. It was the eve of the 21st anniversary of the Good Friday Agreement, which had attempted to bring peace to the region, but deep divisions remained between the main parties.

Rioters began to throw bricks and Molotov cocktails at the police vehicles which were patrolling the streets. Among the crowd was Lyra McKee, 29—a talented journalist who had written award-winning articles about the growing tensions in Northern Ireland. Lyra and her friends had arrived to peacefully observe the protest and gathered near a police van. A gunman fired shots at the vehicle but missed and hit Lyra. She later died in the hospital.

The New IRA claimed responsibility, but witnesses were reluctant to come forward. The frustrated McKee family paid for three billboards featuring Lyra’s photo to be placed in the area in time for the second anniversary of her death.[3]

They feature a quote from Lyra:
“Here’s to better times ahead and saying goodbye to bombs and bullets once and for all.”

After attending a silent auction, Kathy King won a month’s billboard space in Edmonton, Canada. It was the perfect opportunity for King to publicize the unsolved murder of her daughter, Cara, who had gone missing in August 1997. Weeks later, the 22-year-old’s body was discovered in a field.

After the murder, King began to work with groups supporting vulnerable women. The image she chose for the billboard was a photograph of a discarded red dress lying on the street. The picture came from The Red Dress Project and symbolized the murdered and missing indigenous women of Canada. King wanted the billboard to remember all unsolved local murders and not just that of her daughter.

The billboard was then moved to an area in British Colombia near the infamous corridor of Highway 18, also known as “The Highway of Tears.” Dozens of indigenous women have gone missing from or been found murdered in this location since 1970.[4]

A billboard in Oklahoma shows the smiling faces of two women with the words “We Were Murdered Less Than 7 Miles from Here” and “There is a Ruthless Killer in Your Community!”

The startling images of victims Emily Morgan and Totinika Elix were the idea of Kim Merryman, Emily’s mother. The women were shot dead in August 2016; their bodies were found in a car parked by an abandoned house.

A year later, the murders were still unsolved when Merryman watched the film Three Billboards Outside Ebbing, Missouri and decided to raise funds and create a similar tribute to the women.

The sign overlooks Highway 60 in McAlester, Oklahoma. The powerful message on the board was a deliberate move by Merryman, who believes the killer lives in the area and will see the billboard daily.[5]

A permanent billboard stands on Highway 18 in Shelby, North Carolina, with the words “Have You Seen Asha Degree?” next to a photo of a missing nine-year-old girl.

Asha had packed a bag and left her home on a stormy night in February 2000. She was last seen walking alone on the highway at around 3 am, but when a motorist tried to stop and help her, she fled into the nearby woods.

Since then, her book bag and other possessions have been discovered in various locations, but no trace of Asha has ever been found.

The sign also shows an age-progressed picture of Asha, and every year her family makes the mile-long walk to the billboard in her memory. It is the same route that Asha took on the night she vanished.[6]

On June 14, 2017, a small refrigerator fire started on the fourth floor of Grenfell Tower—a 24-story housing block in London.

Emergency Services arrived as flames began to creep up the external walls, which were coated in highly flammable materials. Residents were told not to leave as fire engulfed the building. Seventy-two people (including an unborn baby) died that night, many trapped in their own homes.

Eight months after the tragedy, most survivors were still homeless, and no charges had been brought. So a group called “Justice 4 Grenfell” copied the stark red and black signs from the Three Billboards film as part of a protest. The billboards were mounted on trucks and driven around London with the words “71 Dead,” “And Still No Arrests,” and “How Come?” splashed across them.

The now derelict Grenfell Tower is set to be demolished and a public inquiry is still ongoing.[7]

Fifteen-year-old twins Dannette and Jeannette Millbrook vanished after buying snacks at a gas station in Augusta, Georgia. Police were reluctant to investigate what they believed were two runaways, and the case went cold.

By 2019, a documentary called “The Disappearance of the Millbrook Twins” was aired on Oxygen.com, which exposed police failings in the case and racist attitudes toward the African American Millbrook family.

Subscribers to “The Fall Line” podcast (which also featured the story), in addition to private donors, raised funds to pay for a billboard featuring the girls’ photo and an $11,000 reward for information.

Donations continue to fund the $400 monthly rent for the billboard which overlooks a major highway in Augusta.[8]

Jodi Huisentruit was the morning news anchor at KIMT-TV in Mason City, Iowa. On June 27, 1995, Jodi had overslept, so producer Amy Kuns phoned and spoke to Jodi, who said she was on her way, but she never arrived. The only trace left of Jodi was her belongings scattered around the parking lot of her apartment block. Police found her discarded hairdryer, earrings, red shoes, and car key, which appeared to have been bent during a struggle.

There were no witnesses, and Jodi was declared legally dead in 2001. Jodi’s 50th birthday in 2018 was marked by the installation of four billboards in Mason City, which read “Someone Knows Something, Is It You?” alongside a photo of Jodi.

In January 2020, the signs were taken down after vandals spray painted them with the name of a retired police investigator who had worked on the case and the cryptic words “Machine shed.” Police stated that the graffiti was a “distraction” to Jodi’s case. A new billboard has since been installed.[9]

Police arrived at the scene of a car accident in Vidor, Texas, and found Kathy Page, 34, dead inside the vehicle. It soon became clear that the crash had been staged when an autopsy revealed that Kathy had been strangled.

Suspicion fell on Kathy’s ex-husband Steve Page, who had been at her house that night. As time passed and no arrests were made, Kathy’s father, James Fulton, took matters into his own hands. He began to place small, handmade signs on the I-10 Highway in Vidor, naming Steve as the killer and exposing his close friendships with the local police force. Over time, the signs grew into giant billboards splashed with Steve’s photo and the words: “Steve Page brutally murdered his wife in 1991” and “Here you get by with brutally murdering women.”

The family filed a civil case for wrongful death against Steve and won. The signs remain a familiar sight in Vidor, and Steve moved away to Houston in 1995.[10]