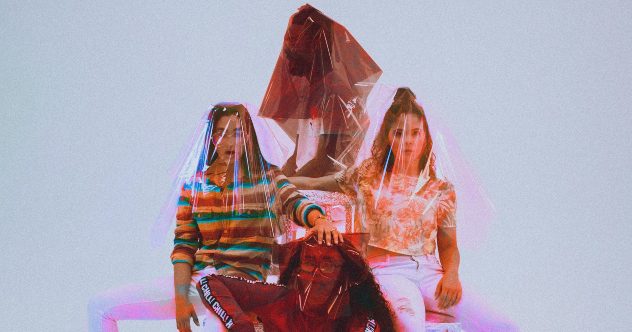 Careful, online daters: the phrase “I have a hobby” no longer means “I collect Funko Pops.” From playing magic sports to risking death for a selfie, from paying to be waterboarded to following strangers into the woods, “I have a hobby” can now be anything.

Our culture is changing around us more quickly than ever, and some people have reacted to those changes in the weirdest ways. All of a sudden, we have the world at our fingertips, and anyone can be famous if they find the right angle.

The result? Some pretty wild and shocking hobbies. Here are ten of those hobbies which are absolutely strange but becoming more popular by the day.

Related: 10 Strange Hobbies You Could Be A Champion At

There just isn’t a sport with a more descriptive name than chess boxing. It is literally a fifty-fifty combination of chess and boxing, and it’s surprisingly popular. More than that, it’s surprisingly legitimate.

To qualify for professional chess boxing, competitors have to have at least fifty amateur boxing bouts on their resume, as well as a chess ELO rating of at least 1600 (essentially just one to two ranks shy of master). To top it off, the game is played in speed rounds. And the game forces contestants to switch between physical and mental combat constantly. The end result is a unique multidisciplinary challenge. It’s clear from the first watch of a chess boxing match that participants are on a whole other level when it comes to endurance.

There are many variations of this risky exploration, but most center on climbing to the tallest point possible and capturing a selfie to showcase how precarious the whole situation is. Some even go so far as to hang from ledges hundreds of feet in the air while a partner photographs their utter helplessness. While some of these skywalkers simply sneak into buildings to reach their highest points, others engage in buildering, the challenge of free-climbing a building’s exterior.

Just this year, a trend emerged on TikTok known as “devious licks” wherein people, mainly teens, were challenging themselves and others to steal from their schools and show it off online. The basic goal was to steal the biggest, most noticeable item, post it online, and still get away with it, thus earning bragging rights. Except, of course, that announcing your crimes online and proving them with video evidence is wildly stupid.

Naturally, multiple posters were caught red-handed, as they were essentially waving their red hands in front of school administrations’ faces. Eventually, TikTok helped to keep the trend from spiraling out of control by banning videos related to the thefts. However, like every viral teen trend that causes panic among parents and politicians, the trend was never truly that widespread but yet will always recur in some form or another.

It’s really odd to say that, by now, the real-life sport of Quidditch is becoming old news. Created back in 2005, the real version of the fictional, magical sport from the Harry Potter series has become a fixture at universities everywhere. And, just like in the books, it’s received its fair share of press. What is surprising, though, is just how huge the sport has become.

The game, a variation on handball in which contestants hold broomsticks between their legs to simulate magic flight, has quickly spread across the globe and become a legitimate sport. Currently, 39 nations are members of the International Quidditch Association and participate in various ranked matches and even cups. There are European Cups and Asian Cups, and even a World Cup.

Strangest of all is that different Quidditch leagues have even begun paying their athletes over the last six years, making Quidditch an actual professional sport. It sounds like there might be more gold in this game than just the snitch.

ARGs, or alternate reality games, are games that blend their content into the real world to create the effect of a new, alternate reality setting for their game. Often played partially online and partially in person, the games tend to play out in real-time as players solve puzzles and find clues, only to be led to more challenges.

Probably the first modern ARG is Ong’s Hat, a fake conspiracy theory that revealed itself through multiple mediums, both online and off. It presented a fictional narrative about a very real ghost town in New Jersey known as Ong’s Hat, involving occult rituals and interdimensional travel. It encouraged players to pour through old texts and media to discover what really happened to the town’s inhabitants. ARGs like this blur the line between fiction and fact and make for a fun experience—if you have the dedication.

A very popular genre of YouTube video is the reaction video, in which the creator films themselves watching another video. Usually, the creator will laugh when the video is funny, yell when it is frightening, and comment with their own thoughts in response. It sounds to most people like an absolute lack of entertainment and waste of time, but strangely enough: many of these channels are wildly popular and fun to watch.

Fans of haunted houses have recently found a new way to terrorize themselves: so-called “extreme haunts,” like those served up at McKamey Manor. This extreme survival horror location requires you to sign a liability waiver. Then it proceeds to terrify and torture its guests until they reach their absolute breaking points…and beyond.

Guests volunteer to be abducted, tied up, thrown in a van, and brought to McKamey Manor, where things get much, much worse. The Manor’s staff put guests through hell, including waterboarding, beatings, and even forcing them to eat their own vomit. These extreme haunts are certainly a strange hobby.

There is a growing trend of amateur scientists conducting biology experiments out of their own homes. Some are former professionals, and some are just hobbyists, but all of them conduct genetic and physiological research in homemade labs, more often than not in the researchers’ garages.

Though many of these DIY biologists pursue legitimate science, others focus on body-hacking and implantation, trying to modify their bodies and move beyond the bounds of humanity. In the most extreme cases, some DIY-ers actually attempt to blend their body with machines and electronics in an attempt to begin the transformation into a cyborg.

Geocaching itself is a recent phenomenon, dating back only to 2000. It originally involved someone posting GPS coordinates online and challenging others to find an item or prize hidden at the coordinates. That “digital scavenger hunt” model is still the default for most geocaches, and the practice is still common today, but like any activity that coordinates strangers over the internet, it has spawned some strange variations and led to similar strange happenings.

For one, several geocaches have been set up as deliberate attempts to lure people into harm’s way, like the cache left in a minefield in Bagram, Afghanistan. In addition, thousands of geocaches have been left in restricted and protected lands like national parks and game preserves, requiring by definition trespassing and possible environmental damage. Also, a shocking number of dead bodies have been found at or around geocache sites, suggesting any number of sinister associations.

One of the strangest offshoots of geocaching came from the app Randonautica, which describes itself as a “quantumly generated ‘Create Your Own Adventure’ app.” The app generates for its users allegedly random coordinates for the user to explore. The goal is to get people out of their comfort zones and explore parts of their local area that they otherwise wouldn’t.

In reality, however, venturing to random spots across your county without knowing whose property it is or what awaits you there can be a bad idea—especially if the coordinates aren’t exactly random.

Users have made hundreds of reports of strange occurrences at Randonautica-generated coordinates, raising concerns that the app may have a more sinister hidden purpose or an undisclosed aspect to its algorithm. Of all the many strange encounters that have come from Randonautica, the most famous by far is the 2020 discovery of two corpses stuffed into suitcases at the precise coordinates generated by Randonautica.