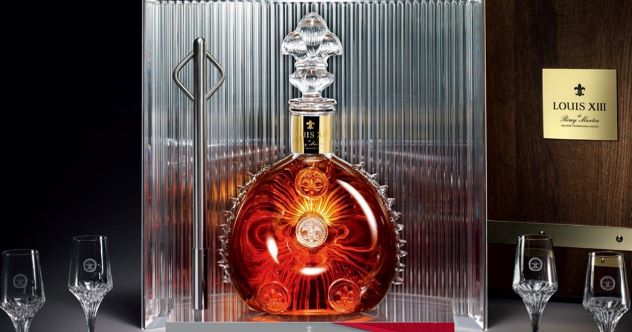 Hundreds of new films are released in theaters each year, but some movies never even make it through the production phase. Then there are movies that were completed filming, but for some reason, were never released to be seen in cinemas. Some saw creative differences between those who worked on the film, while others just didn’t receive rave reviews.

Here is a list of the top movies completed but never saw a theatrical release.

Related: 10 Of The Most Sought-after Lost Films

In 1972, Jerry Lewis, also known as “The King of Comedy,” starred in and directed the drama film The Day the Clown Cried. The dark film was about a circus clown imprisoned by the Nazis. Lewis played the role of the clown that provided entertainment to Jewish children before leading them to their death in a gas chamber.

During filming, the movie ran into several financial problems, causing Lewis to pay for most of the production costs out of his own pocket. The film then ran into problems when the writer disagreed on changes made by Lewis, and all parties involved were unable to reach an agreement. This caused the film never to be released. Lewis was able to obtain a rough cut of the film and later donated it to the Library of Congress under stipulations that it would not be released before 2025.[1]

Long before Penelope Spheeris directed hit movies such as Wayne’s World, The Little Rascals, and Beverly Hillbillies, the student filmmaker directed the oddly titled Uncle Tom’s Fairy Tales: The Movie for Homosexuals. Richard Pryor produced and starred in the movie, but it is likely that we will never see the film in our lifetime. And not because of the film’s controversial subject matter—a white man on trial for raping a black woman.

Instead, Pryor’s wife was beyond furious that he was spending more time making the film than time with her, and he destroyed the negatives during one of their many arguments.[2]

Chinese billionaire Jon Jiang created the story for Empires of the Deep and financed a huge part of the film’s budget. The science-fiction film is set in a mythical world where conflict is brought to the mermaid kingdoms. The production budget was reportedly over $130 million, and the movie would mostly be filmed in Fujian and areas surrounding Beijing.

Filming began in 2009 after two years of trying to find the right producers, directors, writers, and actors. Over the next couple of years, several disagreements with Jiang led many people involved with the film to walk away. The original release was to be set in 2011, but the efforts failed. There were several other attempts to bring in fresh blood and reshoot several scenes for a later release date, but all of them have been unsuccessful, and the film remains unreleased.[3]

Hippie Hippie Shake is based on Richard Neville’s memoirs of the counterculture magazine Oz. The film follows the love story of Neville and Louise Ferrier as the London edition of Oz is released in the 1960s and how they faced trial for publishing an obscene issue. Filming began in 2007. and the stars of the movie were Cillian Murphy and Sienna Miller.

Many pre-production delays kept pushing the start of filming back, but the post-production delays have continued to keep the movie from the big screens. During post-production, the director and screenwriter both left the production due to creative differences. The production company, Working Titles, issued a statement in 2011 saying that the film would not be released in theaters. I wouldn’t count on enjoying a bucket of popcorn and a coke while watching Hippie Hippie Shake at the cinemas.[4]

The Marvel comic adaption of The Fantastic Four was set to be released in theaters in 1994, but the movie was not seen on the big screens. The low-budget film was to show the origin of The Fantastic Four and their first battle against the evil Doctor Doom. German producer Bernd Eichinger and his production company purchased the option to make the film. Stan Lee once said that the movie was never intended to be released, which was unknown to the crew and actors. He said the production crew would lose rights to the film if it wasn’t produced by a specific date, and the film was only made so that they could retain those production rights for a longer period.

Eichinger later negotiated a big-budget adaption of the comic, leading to the 2005 hit movie Fantastic Four. The 1994 version of The Fantastic Four was never officially released, but it has been pirated and can also be seen on YouTube and Dailymotion.[5]

Before Quentin Tarantino’s Reservoir Dogs, Pulp Fiction, and Kill Bill hit the cinemas, he directed, produced, wrote, and starred in the amateur film My Best Friend’s Birthday. The 1987 film was Tarantino’s first and only had a budget of around $5,000. He acted alongside his video rental co-workers and acting class friends for the black-and-white film.

The movie was set around the character Mickey’s birthday after his girlfriend had just left him. His friend Clarence, played by Tarantino, decided to give his best friend the absolute best birthday of his life. The original film was around 70 minutes long, but only 36 minutes were recovered after a fire broke out at the film lab. The remaining footage has been edited and shown at film festivals, but there is no possible way the full-length movie will ever be released.[6]

So this movie hasn’t been released…yet. It is planned to be released at a later date, as in the year 2115. 100 Years is an experimental short film written by John Malkovich and directed by Robert Rodriguez, and it is set to be released on November 18, 2115. The film is advertised as “The Movie You Will Never See,” and the 100 year-span is the same amount of time that it takes a bottle of Louis XIII Cognac to age properly. Remy Martin, the owner of Louis XIII Cognac, teamed up with Malkovich and Rodriguez to create the film.

Many details of the science-fiction film have been kept a tight secret, but it was released that John Malkovich, Shuya Chang, and Marko Zaror will have starring roles in 100 Years. One thousand people have received metal invitation tickets for the film’s release in 2115, which can be handed down to their descendants.[7]

The 1997 film The Brave is about a Native American man that sells anything he can to make a living for his wife and two children. He ultimately decides to star in a snuff film for a large amount of money that he knows will help give his family a better life. The film follows him as it leads up to the day where he will be tortured and killed. The Brave was originally set to be directed by Aziz Ghazal, but he killed his wife and daughter before committing suicide just before filming was scheduled to begin.

Johnny Depp was eventually convinced to rewrite, direct, produce, and star in the film. He also agreed to cover any expenses over the $5 million budget, and it was estimated that he dished out around $2 million of his own. The film was shown at the 1997 Cannes Film Festival, where it received mostly negative reviews. The movie did get a release in international cinemas and on DVD, but the film was never released in America.[8]

A week before I Love You, Daddy was intended to be released, the film was dropped due to sexual misconduct accusations against Louis C.K. He was the writer, director, and lead actor in the 2017 film. Louis plays the role of a writer and producer who is worried about his daughter (Chloe Grace Moretz) after she becomes seduced by an older director (John Malkovich).

In 2017, I Love You, Daddy premiered at the Toronto International Film Festival. It was planned for a limited release in November and would be widely released in December. One week before the limited release, the film was axed after five women came forward with sexual misconduct accusations against Louis C.K. He purchased the film’s rights in December, and the movie will probably never be released to the public.[9]

Nothing Lasts Forever was set to be released in 1984 and starred Zach Galligan and Lauren Tom with supporting roles by Bill Murray, Dan Aykroyd, and Sam Jaffe. The science-fiction comedy follows an artist who is forced to work a boring job at the Port Authority directing traffic, but he eventually travels with a group to the moon on a bus to find his true love.

However, MGM postponed the film shortly before it was intended to be released. It was never officially released in cinemas or for home media, but it was uploaded to YouTube briefly by a fan before being removed by the media website. Turner Entertainment currently owns the rights to Nothing Lasts Forever and has shown the film on the Turner Classic Movies TV network channel.[10]