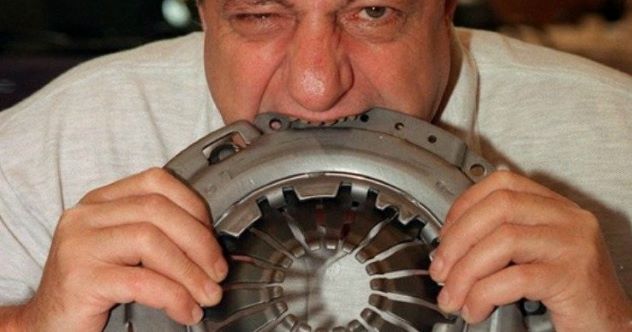 It is very rare that “eating” is regarded to be a skill of great renown. However, when one tests the extremes of what could possibly be consumed, things quickly start to become impressive.

This is a top ten list of the most extreme dietary feats, most of which were performed in front of an audience. Those who panic at accidentally swallowing a piece of bubblegum certainly don’t have the stomach for some of the things that people on this list have been able to ingest harm-free (we hope). Probably don’t read this list if you’re about to eat, though.

Although this performance piece was less of a stunt and more of an artistic criticism, Abel Azcona’s performance involving the eating of three holy books is undoubtedly a test of endurance. Azcona’s piece titled “Eating,” or “La Ingesta” in Spanish, involved the eating of a Bible, a Torah, and a Quran. It was performed once in Berlin in 2012 and once in Copenhagen in 2013. Each performance took around nine hours—with breaks—over the course of a few days.

However, the eating of three significantly sized texts wasn’t the only endurance hurdle involved with “Eating.” Azcona’s installation, being a critique of religious fundamentalism, also drew the ire of many religious fundamentalists. The location of Azcona’s performance, would continue to draw ire as in 2015, the Krudttønden Museum in Copenhagen, was attacked by a man named Omar Abdel Hamid El-Hussein. Two people at the museum were shot and killed with others injured while attending an event featuring speaker Lars Vilks, the controversial Swedish cartoonist.[1]

Born in Greece in 1934, Leon Samson was a prolific sideshow strongman. Samson did a majority of his performances in various venues in the Australian state of Queensland. Some feats of his involve swallowing 22,000 razor blades over ten years, bending three different one-inch steel bars in half, and letting himself get run over by a car, but in 1969, a performance based on a bet would by far be his most impressive.

A businessman in the Australian city of Darwin bet Leon Samson 30,000 Australian dollars that he couldn’t eat an entire four-seater car. Samson would win said bet. Over the course of four years, the strongman would eat around a pound and a half’s worth of the automobile. His process involved snipping off small enough pieces over time so that he wouldn’t need to chew on metal, but he would, indeed, be able to digest the whole thing. Unfortunately, he moved to America at the end of the four-year stunt and was unable to bring the rest of the car with him, though he was able to eat enough of it to win the bet.[2]

Perhaps one of the most prolific “eaters” in history was Tarrare, an 18th-century performer, soldier, spy, and, as some claim, possible cannibal. He would routinely showcase a bizarre proclivity to eat more than his entire weight in food while still only remaining somewhere around 100 pounds throughout his entire life.

His medical situation wasn’t by choice, though. While little is known about Tarrare’s upbringing in Lyon, France, it is believed that he was kicked out of his family home early on simply because his family was unable to afford to feed him. It is claimed that, even at thirteen, he could eat “a quarter of a bullock,” a portion of a cow close to 100 pounds, while still appearing to be malnourished. So he wandered around the French countryside, begging and robbing to feed his unnaturally large appetite until he wound up in Paris in 1788, where he came across a doctor by the name of Baron Percy.

Dr. Percy reports witnessing Tarrare showcase his odd new ability as a part of a pantomime review. The performer was able to eat many things, including corks, flints, a pocket watch, and an entire bushel of apples—bushel included. But perhaps the weirdest things that Tarrare could eat were live snakes and eels—without needing to take a single bite.[3]

While it is a bit of a stretch to refer to the feats of Charles Domery (Domerz) as “performance art,” his case is definitely interesting. He and Tarrare both had nearly identical dietary maladies and lived in Europe in the same century. Domery even fought in the War of the First Coalition, just like Tarrare would, albeit on the opposite side. However, Charles Domery would be captured by the British Navy and have his eating habits studied while in prison in Liverpool.

Charles Domery was born in Poland in 1778 and had an insatiable appetite, despite only being around 100 pounds. He is reported to have eaten 170 cats within a single year and sometimes five pounds of grass a day if other food wasn’t available. This prompted him to join the military for the rations (which, too, proved to be too little), eventually leading to his capture in the UK. Doctors were immediately drawn to their strange prisoner’s eating habits and tested him a bit. As the entry in their records claims, he is said to have eaten four pounds of raw cow udders and five pounds of raw beef; when that wasn’t enough, he ate twelve additional tallow candles that night. He never gained a pound while in prison.

Unfortunately, Charles Domery disappeared from the public record from that point onward. However, Domery’s talents were enough for even Charles Dickens to make a comment about him in a magazine he often wrote for: Household Words. “A man like this, dining in public on the stage of Drury Lane, would draw much better than a mere tragedian.”[4]

The title of this entry is a bit of an undersell on the feat itself. Still, magician and performer Hadji Ali had the ability to swallow around forty hazelnuts and then one almond (all unshelled, of course). He would then proceed to regurgitate the unshelled hazelnuts, one at a time, until an audience member would ask him to specifically bring up the almond. He was able to summon the almond on command, no matter when it was called for.

This is far from the only trick in Hadji Ali’s repertoire; he could also regurgitate coins, jewelry, and even a live goldfish (who would remain alive during the whole performance). Born in Egypt in 1892, he would begin his career on the vaudevillian circuit on Broadway in the Roaring Twenties. Besides his regurgitation act, he was also a prolific “water-spouter” who could swallow up to a hundred glasses of water and spit the entire amount out in a continuous stream. He could also perform this act with kerosene, which he would do in front of an open flame in order to burn an entire wooden castle prop to cinders.[5]

Todd Robbins is a magician, comedian, and self-described “self-made freak” and has performed his modern sideshow act since the 1980s. Born in Long Beach, California, in 1958, Robbins got his start in a renaissance vaudeville movement that took place in New York in the ’80s. He even trained under famous vaudevillian Melvin Burkhart, the pioneer of the nailing-a-nail-into-your-nostril act, and inherited his props in full when Burkhart passed away in 2001.

Todd Robbins’s crowning achievement would be that he has eaten over 4,000 lightbulbs throughout his career. He wouldn’t just eat them whole, though; he would chew the bits of glass in front of a live audience, before swallowing the whole thing.

Todd Robbins is far from a one-trick pony, though, and his other talents involve nailing a nail into his nostril, sword-swallowing (though not ingesting, omitting it from the requirements of this list), and spicing up his routine with, as Robbins describes, “light comedy.”[6] 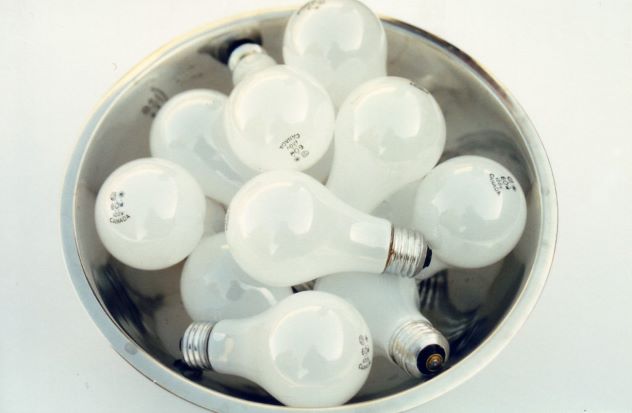 If the rules of math still hold up, then it stands to reason that 25,000 is a tad bit of a higher number than 4,000. Therefore, logic should follow that stuntman Branco Crnogorac takes the title of “bizarre eater”—one rung above Todd Robbins.

Born in Apatin, Serbia, in 1931, Crnogorac is another performer with a proclivity to eat and digest metal objects. His resume of consumed items includes the aforementioned 25,000 light bulbs, around 12,000 forks, 2,000 spoons (which one would think goes down easier), and about 2,600 plates, among other objects.

However, after a 60-year long career, Crnogorac decided to retire after choking on the pedal of a bike, a bike that he was dared to eat in its entirety in less than three days. Nonetheless, the stuntman survived and left behind a career of bizarre eating that definitely qualifies him for a high position on this list.[7]

Michael Lotito, also known as “Monsieur Mangetout” or “Mr. Eat-All,” was a French performer whose talent involved eating the inedible. In fact, out of all the people on this list, Lotito is the man decided by Guinness World Records as the “Man with the Strangest Diet.”

Born in Grenoble, France, in 1950, Monsieur Mangetout was discovered in 1959 by physicians to have the ability to ingest two whole pounds of metal each day. He was also diagnosed with a condition known as “Pica,” a psychological desire to eat inedible materials, such as rocks or metal. However, it was also discovered that Lotito’s stomach was heavily lined and that his stomach acid was particularly potent, allowing for the digestion of heavier objects. In the year 1966, Michael Lotito put his skills to use.

Throughout the course of his performing years, he ate TV sets, shopping carts, and chandeliers, but the largest quantity of large, metallic “entrees” that Lotito consumed would definitely be eighteen different bicycles.[8]

This list would be incomplete without remarking on Tarrare’s entire culinary career. While performing in the Parisian Pantomime circuit took up a large part of his teenage years, something larger called to him in the form of the War of the First Coalition.

Tarrare enlisted as a soldier, but when General Alexandre de Beauharnais heard word from the doctor Baron Percy that Tarrare was able to safely ingest inedible materials, his mind turned to espionage. Beauharnais had Tarrare swallow a wooden box with a secret message written on it to see if it could pass through his body safely, and sure enough, the trial test was a success.

And thus, Tarrare was sent to Germany to try and deliver his message to a captive French colonel. But alas, the fact that the spy spoke no German, coupled with the fact that he had a bizarre need to constantly eat and had an equally bizarre smell, Tarrare was captured immediately as a spy. Though held in prison and tortured for a few nights, the Prussians that captured Tarrare turned him back toward the French when they discovered that the message that he had swallowed was yet another test message, with no useful information, though it did indeed pass safely.[9]

The man with the world record of “Strangest Diet” also deserves two entries on this list. While having the ability to eat appliances from TVs to computers is definitely noteworthy, the meal that landed Michael Lotito in his illustrious Guinness World Record-holding status would be that of a Cessna 150 light airplane.

Much like Leon Samson and his car, Lotito would cut up and eat the light aircraft in order to ingest it. However, unlike Samson, the French performer was able to completely finish the airplane over a two-year period. He would also lubricate his digestive tract with mineral oil and drink plenty of water.

Michael Lotito passed away in 2007 due to natural causes and never suffered a serious ailment from his performances.[10]