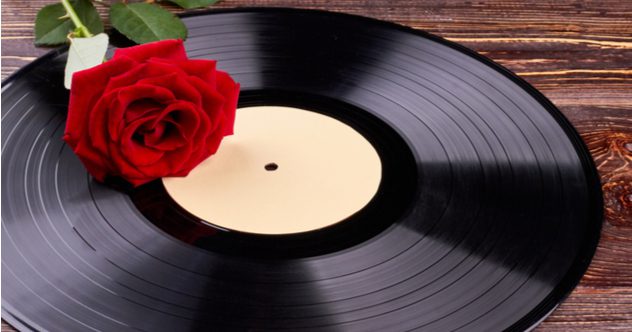 Posthumous albums are one of pop culture’s most enduring mysteries. With the artist gone but not forgotten, we’ll never know whether these packages are something that they would’ve approved, whether they’re something they planned, or whether they’re cynically cribbed together by faceless record execs. The mystery leaves these albums with a mixed legacy, but sometimes, it’s just nice to hear the voices of the departed one more time.

However, one thing is certain: there is always a demand for them.

Related: 10 Eerie Quotes From Musicians Who Died Before 30

For fans, there’s a pain to seeing their favorite stars deteriorate. It wasn’t long after she became an international star with her mainstream breakthrough album Back to Black that Amy Winehouse’s struggles with addiction became tabloid fodder. Fans hoped that new material from her would turn her public image back toward that of a talented musician and away from being a public spectacle. But those hopes were dashed when producer Mark Ronson admitted in 2008 that she simply wasn’t in any state to record new music. Also, sessions for a theme song for the Bond film Quantum of Solace had been abandoned without Winehouse recording her vocals.

But when stars pass, fans seem to be able to remember the best version of them. The version of Winehouse, who heartbreakingly deteriorated before our eyes, was gone and replaced by a sad-eyed chanteuse with show-stopping talent. So, of course, an album followed. Happily, the album was compiled by producers who worked with her, Ronson and Salaam Remi, and her family. But sadly, due to her inability to record before she passed, the tracks mostly came from sessions that predated her debut, Frank, when she was still finding her feet as a musician. As an album, it lacked the flair of Back to Black, making that gem, sadly, her sole hit album.[1]

9 Sketches for My Sweetheart the Drunk (1998)–Jeff Buckley

Listening to Sketches for My Sweetheart the Drunk, one has to make peace with the fact that we know categorically that Jeff Buckley did not want these songs to see the light of day. The recording process for the album, intended as a follow-up to 1994’s cult hit Grace, was torturous, and Buckley discarded the recordings, planning to start over.

A handful of tracks was all he had produced when he died a death as beguiling and poetic as his songs. Buckley had decided to take a dip in Mississippi’s Wolf River, wearing Doc Martens, reportedly while singing Led Zeppelin’s “Whole Lotta Love.” Unfortunately, he was caught in the wake of a passing river barge and disappeared.

His estate passed to his mother, who did what she could to preserve his wishes when she learned that Sony intended to release the songs from the initial recording sessions that Buckley had scrapped. The compromise she reached with the corporate giants was a second disc that included those demos from just before his passing. It wasn’t a great compromise, but I think the world is richer for having one more Jeff Buckley album in it. Even if it must be regarded more as a document of his creative processes than as an artistic statement. More diary than autobiography.[2]

Believe it or not, The Doors released three albums after Jim Morisson passed away. But only one of them featured the late lead singer. The 1978 album An American Prayer was made up of recordings of Jim Morisson reading his poetry, set to music by the band.

Reviews were mixed, with many speculating on whether Morrison would’ve approved of the project. Longtime Doors producer Paul Rothschild called it the rape of Jim Morrison and likened it to “taking a Picasso and cutting it into postage-stamp-sized pieces and spreading it across a Supermarket wall.” While John Haeny, the engineer who made the original recordings with Morrison, said that “I want people to understand that this album was made by those people who were closest to Jim, both personally and artistically. Everyone had the best intentions.” He believed Morrison would be pleased and would have “understood our motivation and appreciated our dedication and heartfelt handling of his work.”[3]

At least with Made in Heaven, we know that Freddy Mercury actively wanted a posthumous album to be made. Knowing that his demise was imminent, Freddy Mercury recorded as much as possible. Brian May said at the time that after discussing what was going to happen, they knew the band was on borrowed time. They recorded as often as Mercury felt well enough, adding, “We basically lived in the studio for a while, and when he would call and say, ‘I can come in for a few hours,’ our plan was to just make as much use of him as we could.” Mercury told the band he would sing whatever they gave him, finishing with “I will leave you as much as I possibly can.”

Producer David Richards noted that Mercury usually waited for songs to be completed before adding final vocals, but he knew he would not get that chance here. Unfortunately, the band still found that they had less than an album’s worth of material to work with, so they turned to old demos and vocals from Mercury’s solo albums. Made in Heaven came out something of a bittersweet patchwork of an album.[4]

Given Michael Jackson’s reclusiveness and retreat from the music scene before his death, a follow-up to his last album, 2001’s Invincible, seemed a distant possibility. However, almost immediately after his death, Jackson’s estate signed a $250 million deal with Epic Records to release ten “lost” Michael Jackson albums. Hence: 2010’s Michael. Michael was marred, however, by allegations from Jackson’s family, fans, and producer Will.i.am. that three of the songs did not involve Michael Jackson at all. Instead, claiming they featured the voice of impersonator Jason Malachi. Malachi even admitted as such on Facebook; but retracted that statement on Myspace, claiming that his Facebook page had been hacked.

The matter came to a head with a class-action lawsuit against Sony Music. The record label argued that the first amendment gave them the right to attribute songs to an artist, even when that attribution was not accurate.

After that, it’s no wonder that only one other “lost” Michael Jackson album has surfaced. In 2014, Xscape played it safe, featuring only eight tracks, each of which had well-documented provenance, each having been recorded for a previous album but not making the cut.[5]

The one possible silver lining to Bowie’s death in 2016 was seeing the global collective outpouring of grief. I am a massive Bowie fan, but I would’ve thought that his passing would’ve gone down as just another celebrity death in the media—simply forgotten in a day. But instead, the collective mourning was a mass expression of global unity.

The album he’d released two days before his death, Blackstar, had reached number one in 27 countries, so whoever was in charge of these things would’ve been tempted to go back to that well as soon as possible. EPs, box sets, and live albums came thick and fast, but a full-length unreleased album took five years. Toy was recorded in 2001 and had leaked onto the Internet in 2011, so fans were already intimately familiar with it. But still, it was nice to hear it sumptuously remastered and lovingly packaged by producer Tony Visconti and the other musicians who worked on it.

With a discography that features seven posthumous albums vs. five regular ones, Tupac Shakur must have some sort of record. The Don Killuminati was recorded a month before his death and released two months after, while Pac’s Life was timed to coincide with the tenth anniversary of his death. The decade in between saw so many new releases that they fueled conspiracy theories that Tupac was still alive.

The explanation was a little more mundane… Tupac was a workaholic. Anecdotes about his work ethic are famous. The Don Killuminati was Tupac’s second album of 1996, and he also acted in three films that year. Labelmate Snoop Dogg said that Pac was laying down tracks at a rate of one every twenty minutes or so, adding ominously, “To me, it was like, why is he working so fast and so hard and trying to finish these records up? He had to know [he would die soon].”[7]

Completing Milk and Honey was a passion project by Yoko Ono. And unlike the other albums on this list, it did not intend to create the illusion that Lennon was still around making music. Designed as a follow-up to the pair’s previous album, 1980’s Double Fantasy, the project was shelved after Lennon’s death, and it wasn’t until 1983 that Yoko was able to resume working on it.

The album alternates between songs by Lennon and songs by Ono. Hers are polished, commercial, and contemporary, while Lennon’s are casual and a bit rough, preserved just as he left them. A testament to his absence.[8]

Brainwashed was in some stage of development for almost fifteen years. But when Harrison was stabbed by a mentally ill home intruder in 1999, parallels to bandmate John Lennon’s murder must have deeply shaken the former Beatle. Contemporary reports suggested that his attacker had an irrational obsession with the Beatles, much like John Lennon’s killer Mark David Chapman.

Having already survived an aggressive throat cancer, Harrison focused on completing the album and shared every detail with his son Dhani Harrison and producer Jeff Lynn. That information proved incredibly useful to the younger Harrison and Lynn when Harrison’s cancer returned in 2001. So much so that they were able to follow the exact timetable laid out by Harrison, completing Brainwashed using the same studio sessions that Harrison had already booked.[9]

The partnership between Johnny Cash and hip hop producer and Def Jam founder Rick Rubin was such a lucrative one that there may have been more demand for a new collaboration than for a new Johnny Cash album. The American Recordings series, produced by Rubin, gave the world such beloved tracks as Cash’s covers of Nine Inch Nails’ “Hurt,” Soundgarden’s “Rusty Cage,” and Depeche Mode’s “Personal Jesus.” They revitalized Cash’s career, exposing him to a new audience.

Rubin is known for his perfectionism. On earlier albums in the series, that trait provided a dynamic counterbalance to Cash’s rough and raw sound. But on American V and VI, Cash’s voice was too frequently a pained rasp that even Rubin’s production chops could not make up for. On American V, this made for an evocative portrait of weariness, but on American VI, it just made for a difficult listen. The Los Angeles Times called it Cash’s hospice record in a review that seemed to miss how sad that was.

Both Rick Rubin and Cash’s son John Carter Cash have said that more recordings were made during those sessions, promising more entries in the American Recordings series to come.[10]