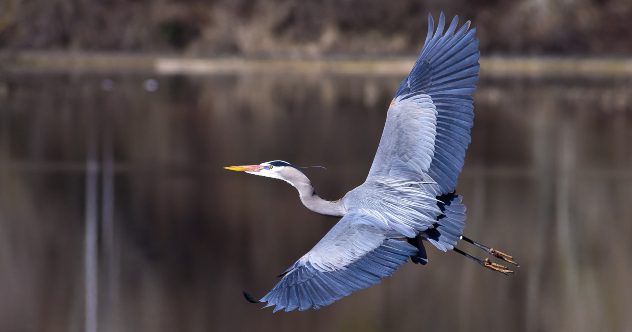 We live in a wild, wonderful, and weird world. The sheer variety of animals and plants around the world can simply take your breath away. As unique as they all are in appearance, animals are also unique in terms of their sounds. Whether it’s vocalization, whistling, or sound created from movement, these sounds are truly unique. Even some fish make sounds!

Despite all of the beautiful sounds that we hear in nature, that isn’t our focus for today. Instead, we are looking at the animals who don’t sound so pretty. Below, we will outline ten animals who make sounds that are just bizarre. Make sure your volume is turned up before listening to these creepy animal sounds.

Some walrus sounds, like the “bell” sound used by males to attract mates, aren’t made using vocal cords. Instead, male walruses have tiny air sacs in their throats to create the “bell” noise.

From squeaks to roars and growls, a walrus sure knows a lot of ways to make a racket and communicate. Watching the walrus make its unique sounds is somewhat cute, sure. Hearing those sounds with no warning would definitely give me the creeps.

Another animal with a downright creepy sound is a cougar. Cougar wails have been compared to the sounds of children (or adult women) screaming in terror. Unlike many large cats, like lions and tigers, cougars don’t roar. They scream. Or shriek. They certainly don’t sound like they look.

Both male and female cougars are capable of making their signature screaming sound. While it isn’t completely confirmed why these big cats scream, many scientists believe it’s associated with their mating rituals. Scientists speculate that female cougars shriek when in heat in order to attract a mate. On the other hand, it’s believed that male cougars scream or shriek to establish territory and warn away other males.

Whatever the reason, hearing a cougar shriek and scream may cause you to let out a scream of your own.

Are Piranhas the creepiest animal out there? Could be since it’s not hard to find something creepy about piranhas. They are flesh-eating fish who eat their prey alive. They aren’t the prettiest fish out there, either. But, believe it or not, piranhas have yet another weird characteristic. They “bark” underwater.

Piranhas are capable of making three distinctly different noises. When a piranha enters into an altercation or confrontation, it will make a barking noise. This is the sound the fish produces most often. Secondly, when a piranha is circling its adversary or fighting for food, it repeatedly creates a short, distinctive sound. Third, a creaky, croaking sound can be heard when the piranha snaps its jaw. I don’t know about you, but I hope I am never close enough to hear these fish make any sounds.

We can all agree koalas sure are cute! However, as we know, looks can be deceiving in the animal kingdom. Koalas, despite being commonly referred to as “koala bears,” are actually not a bear but a type of marsupial. This is just one unique characteristic of these fascinating creatures.

Koalas also have an extra pair of vocal folds near their larynx. This allows them to create a deep, bellowing sound. It sounds a lot like a bullfrog, but nothing like I thought a koala would sound like. Both male and female koalas are able to create this sound, but typically it’s used by males as a mating call. Koalas are also able to create a high-pitched screaming noise.

Female koalas may make this noise to ward off a male suitor. Male koalas may scream if they feel threatened. Either way, for such a cute animal, why does a koala have to sound so bizarre?

Frogs are typically pretty noisy. The Smoky Jungle Frog is no exception. Smoky Jungle Frogs are found in Central and South America. The species is a nocturnal frog, is almost exclusively active during the night. These frogs are larger than we expect from a frog species and possess significant jumping capabilities. They are also capable of making two pretty unique sounds.

The first sound made by the Smoky Jungle Frog is a defense mechanism. Though these large amphibians are quick and can jump far, when they do get caught, they have a backup plan. If a frog is caught or trapped by a predator, it emits a blood-curdling scream. This scream stuns the predator—hopefully—and allows the Smoky Jungle Frog to escape to safety.

Secondly, Smoky Jungle Frogs have a mating call. The mating call sounds like a “whoop” or “hoop” sound. This mating call is both for the males to attract a mate and establish territorial boundaries. It would be nice if they kept it down a little bit, though…

To me, one of the creepiest things an animal can do is sound human. Porcupines do just that. They are often compared to a high-pitched voice speaking quickly. In fact, these little creatures make a whole bunch of messed-up sounds.

Porcupines often scream to attract mates during the summer mating season (I can think of another species that does that too—but it usually involves beer). Interestingly, both male and female porcupines make this sound. Porcupines are also known to make a clicking noise. This happens because their small teeth are chattering together. A porcupine will begin to click when scared or backed into a corner. Also, if a porcupine is trying to scare off a predator, it may make a grunting or growling sound.

The most commonly heard noise associated with porcupines is a kind of cooing sound. It sounds a lot like a human baby. Porcupines would be a lot cuter if they didn’t make such terrifying and human-like sounds.

Red stags are beautiful and iconic animals. Complete with a huge set of horns, male red deer are an impressive sight. However, like all animals on this list, they make a weird noise. In some ways, the sounds that male red deer make are even more impressive.

In order to establish dominance and attract mates, a red stag will let out a roar. Larger stags will typically have deeper and louder roars. In fact, many confrontations are decided without any sort of fight. Instead, the stags will roar it out. Red stags can often be found to roar many times a day, and during rutting season, they really let it rip. I can understand why they roar so much, too—not only is it creepy, but it’s also a little intimidating!

Are ostriches really birds? They definitely don’t sound like them! Ostriches are birds with a number of unique qualities. They are large and flightless, but, believe it or not, they are one of the loudest birds in the world as well.

Ostriches are typically pretty quiet. Male ostriches, however, can inflate their necks with air (while keeping their mouths closed) and create a rumbling sound that echoes for miles. Male ostriches do this to attract a mate. Female ostriches make their own unique sound as well. When threatened, female ostriches will hiss.

Like many other kinds of cats, cheetahs hiss when they are threatened or in danger. A cheetah may also begin to moan when frightened. Cheetahs can meow as well. But the most unique and creepiest sound that these big cats make is the chirp.

This sound that a cheetah makes could easily be mistaken for a bird. The chirp is high-pitched and easily identifiable (though it doesn’t sound like it could have come from a large feline). Cheetahs make these noises for a variety of reasons. Most commonly, mother cheetahs chirp to locate their young. Despite the loving, motherly intentions of this sound, it can definitely creep someone out.

The creepiest sound on our list comes from an enormous bird, the Great Blue Heron. Interestingly, this ancient-looking bird is almost always silent. However, when it does make noise, it’s going to creep you out.

The Great Blue Heron possesses a very loud and harsh squawk. The heron makes this noise when landing and also when taking flight. This species is also known for its bill-snapping noise. The snap of the Heron’s bill can be heard for miles. Between these two distinctive sounds, the Great Blue Heron sounds like something from the age of dinosaurs. Truly spine chilling!